When we were in Texas a few weeks ago, we had the chance to visit all five of the old Spanish missions in San Antonio. Truth to be told, I had been expecting to spend less than 2 hours in total. I expected only to take pictures to show proof that I have been there. Remarkably, however, we spent almost a whole day visiting them one by one. What I expected to be lonely ruins with a lost glory turned out to be a thrilling adventure as we discovered glimpses of a rich history and culture. 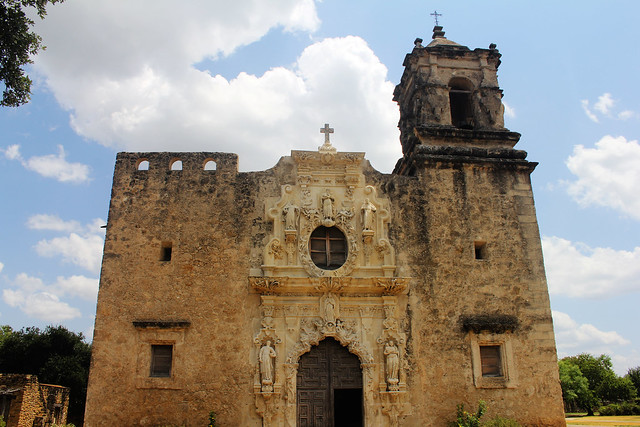 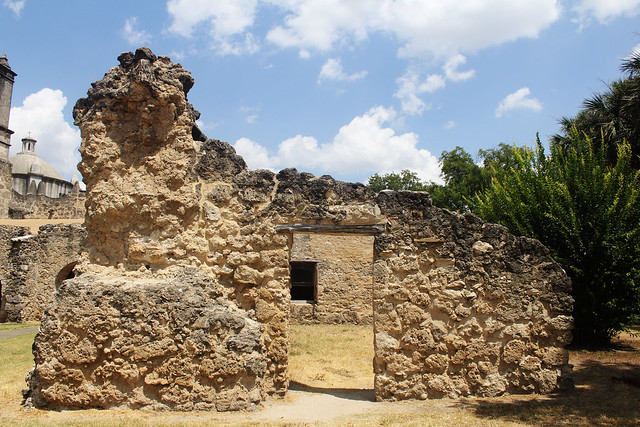 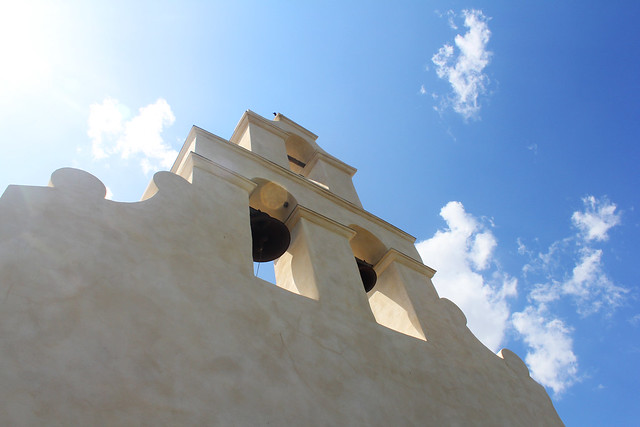 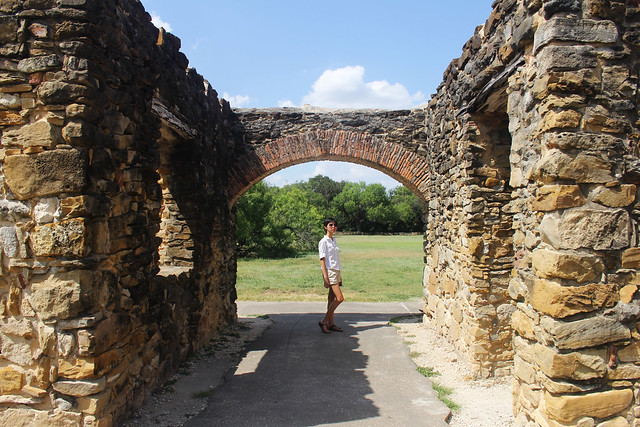 Early in the morning we set out to our first destination: Mission San Jose. It was barely noon when we arrived, but the day was already burning hot. A few minutes out of the air-conditioned car and we were already sweating. As I walked from the parking lot towards the building, I began to question my decision to visit the missions. I only saw another car aside from our own, and I could tell that people were avoiding the heat. Armed with water bottles, we went to the mission complex. 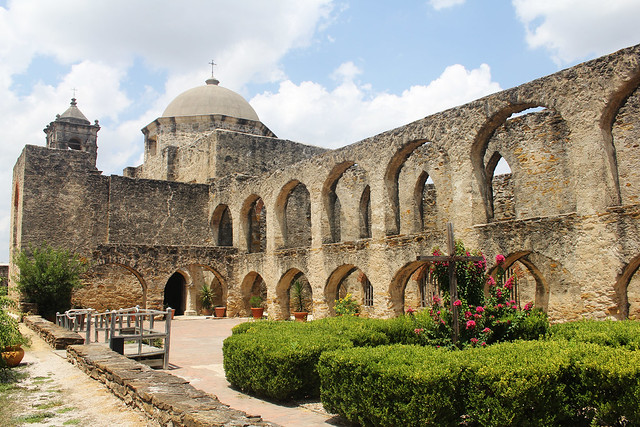 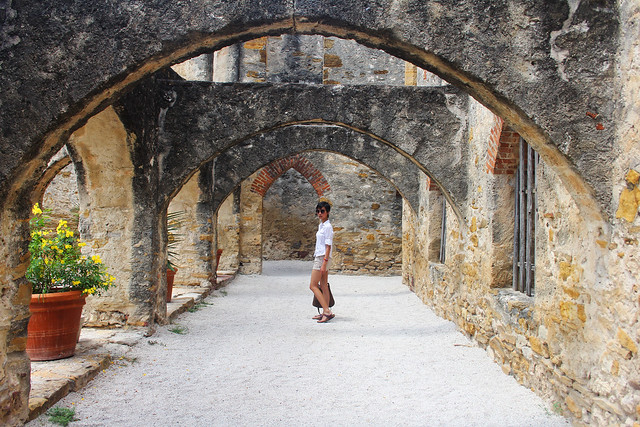 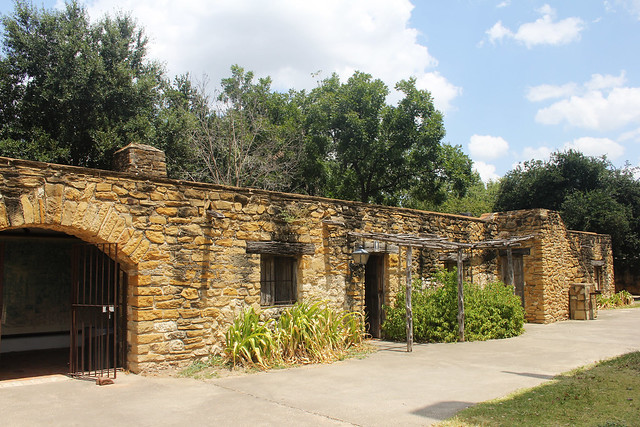 We reached the church in no time. It was a beautiful building made of stone, standing majestically in the deserted surroundings. The architecture reflected its Spanish roots, with its arches, domes, and elaborate carvings.There was barely anyone in the whole mission (the day was too hot), so it felt like we had the whole place for ourselves.

We explored for a bit, walking under the shade as much as we could. We found the old living quarters, for both the Franciscan priests who ran the missions and the Native Americans who lived there. We walked through incredibly small doors into cool rooms, kitchens, and corridors.  I could almost imagine that I was back in 18th Century America. 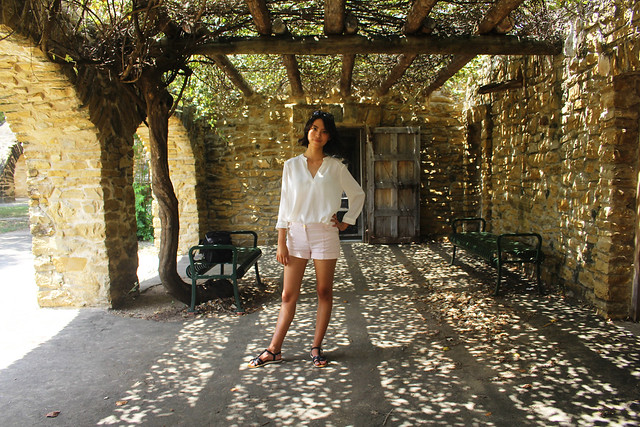 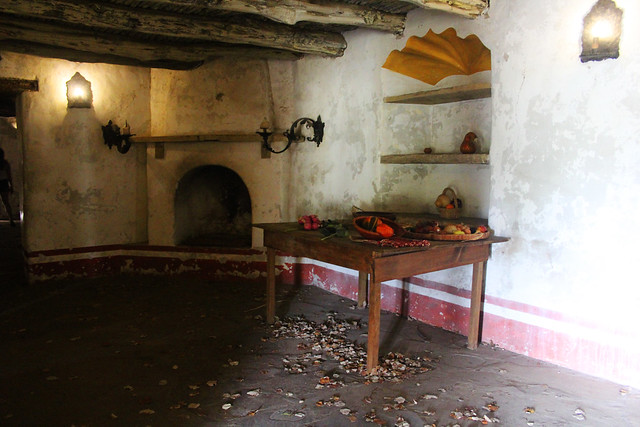 Going back to the car was a relief. The drive from Mission San Jose to Mission Concepcion took only 10 minutes, but the air conditioning helped a lot. Again, we left the car with water bottles to stay hydrated. Again, I questioned our decision to visit the missions in the hottest month of the year. And again, all my doubts disappeared as I saw the mission.

Mission Concepcion was smaller than San Jose. It is the most well preserved mission in San Antonio, retaining most of its original features. As we explored the place, I could see the beautiful faded original frescoes on the walls. We went into the church, which was cool and quiet. There was an air of mystery in the stillness, as if the old souls that used to worship in this place a few hundred years ago still lingered. We stayed there for a while, and then went out into the searing sun again. We also explored the rooms and corridors to find the mission’s history and architecture information in museum-like exhibits. 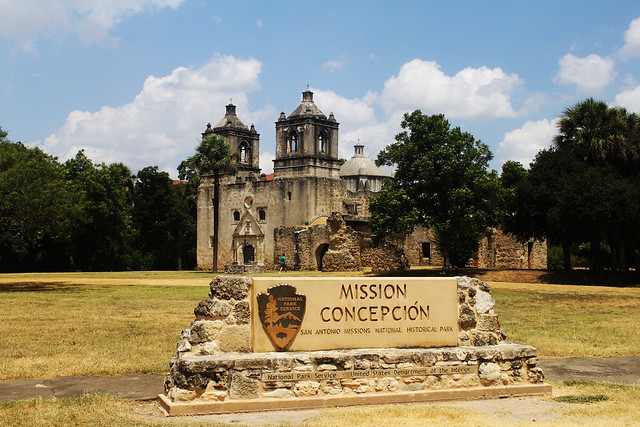 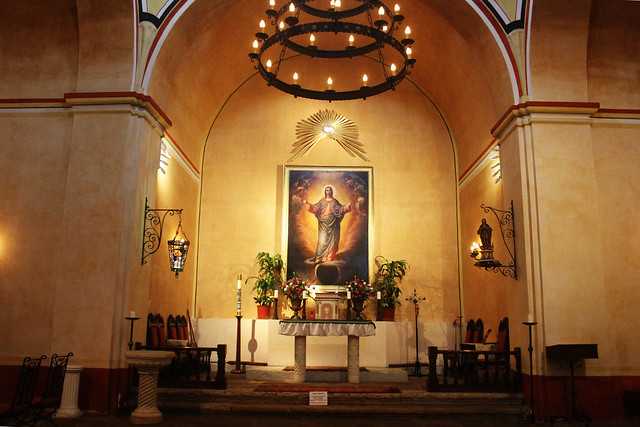 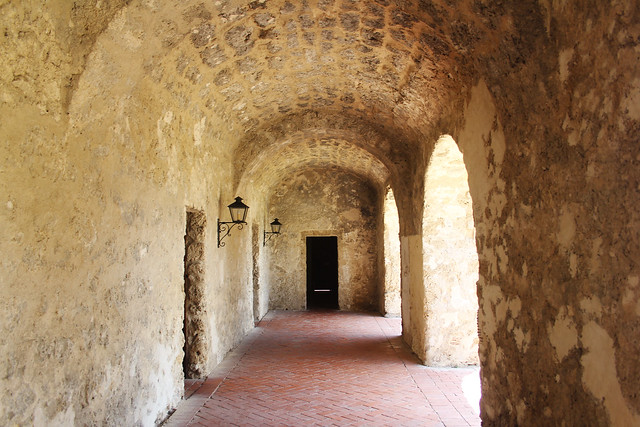 A fifteen-minute drive brought us to the third mission of the day: Mission San Juan Capistrano. As we walked into the compound, we were greeted by a very large cross standing in the middle of a cactus bush. Walking further, I saw lines of small huts (some privately owned!) and the main church building with its double bells. We tried to open every door that we encountered and managed to see a chapel and the interior of the church, which was beautiful.

We also noticed several interesting things. There were numbers around the courtyard, indicating where to stop for “Stations of the Cross”. Since this mission used to be an agricultural center, we also saw a river and an irrigation system when we drove out. We also met a cat who prowled around the mission. 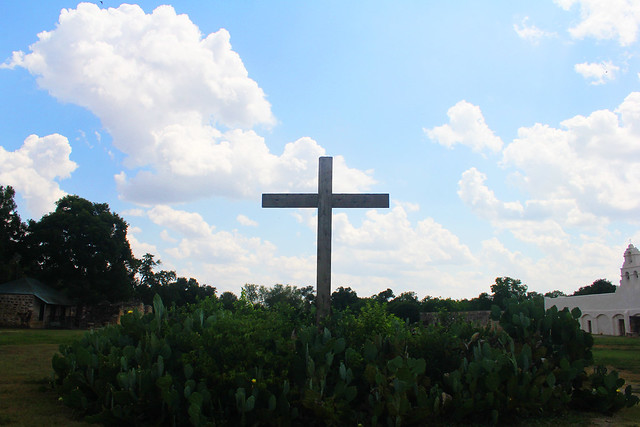 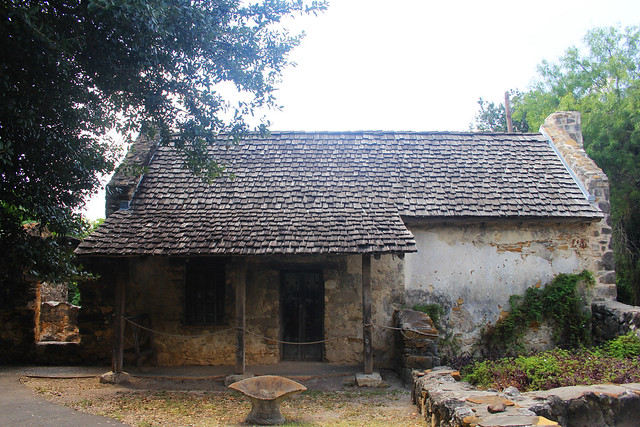 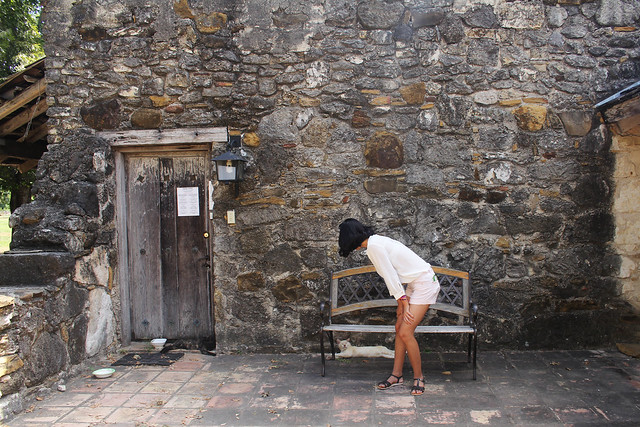 We finally reached the last mission for the day (We had decided to visit the Alamo the next day, since we would be at the Riverwalk anyway). Mission Espada seemed more homey for me, with its flowerpots, brick walls, and benches. It almost looked like a ranch, or maybe a house in the middle of a vineyard. There was a covered well outside, flanked by two tall trees adorned with wind chimes.

Nearing the church, I could hear a choir from an old radio. We opened the doors of the church to find a simple, old-fashioned altar in a very small room. Again, we stayed there a couple of minutes just to bask in the peaceful atmosphere. After we were satisfied with the visit, we ran to the car and immediately turned on the air conditioning. 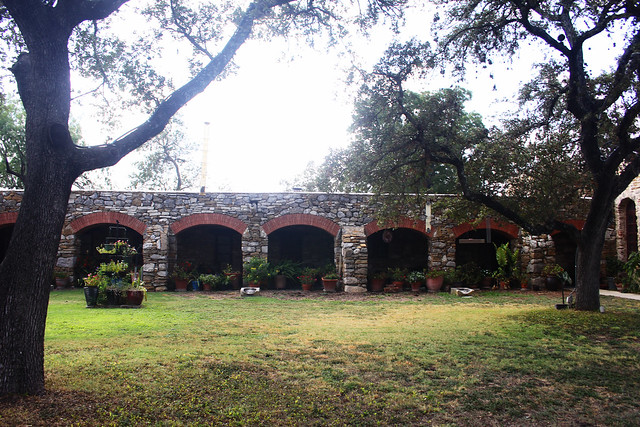 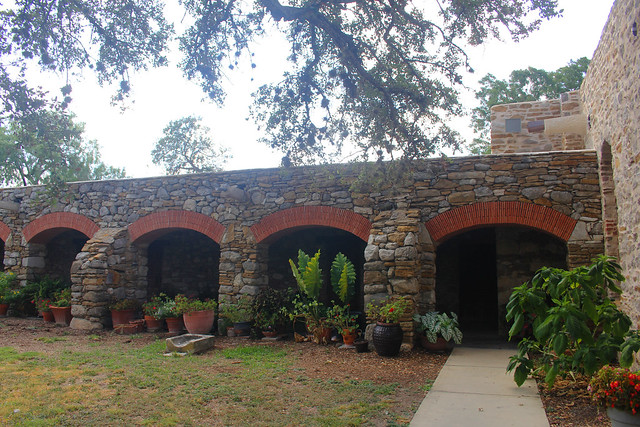 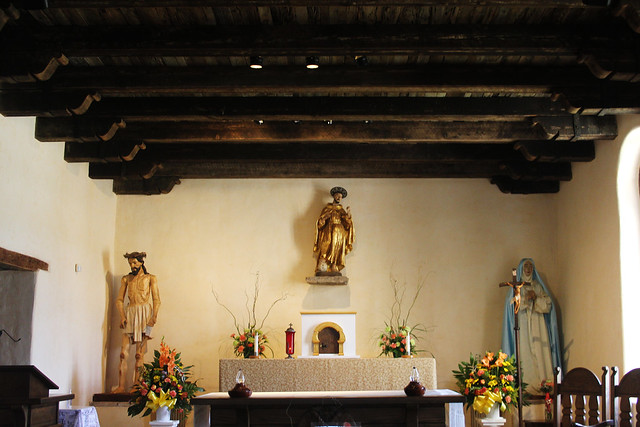 This mission is known best as the Alamo. Since it has its own distinct importance in San Antonio’s history, we will dedicate a special post just for it! Follow us to read about our take on the Alamo!