San Antonio is a city full of stories and culture. Because of the complex history of Texas, we see a lot of influence from Mexico in food, architecture, and many other aspects of life. Here are a few things we would like to mention that has to do with the traces of the rich history of Texas:

The Alamo, also known as Mission San Antonio de Valero, is often dubbed as the ‘shrine of Texas Liberty.’ It is the icon of San Antonio, appearing in keychains and other souvenirs in huge numbers. When I went there for the first time, I marveled over the beauty of the gardens and the lovely architecture. It was not until I went in and took a look at the museum exhibits, however, that I started to understand why the Alamo has such acclaim. 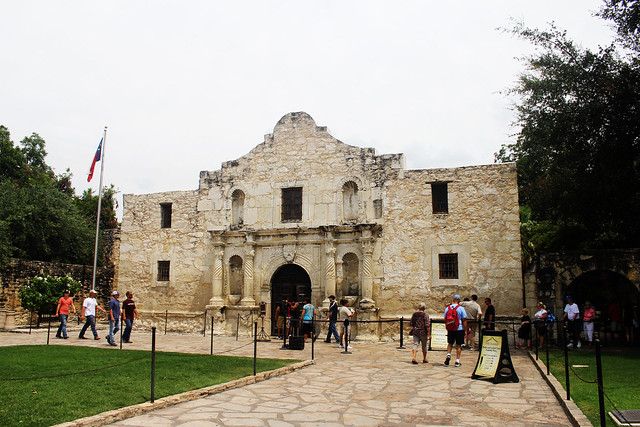 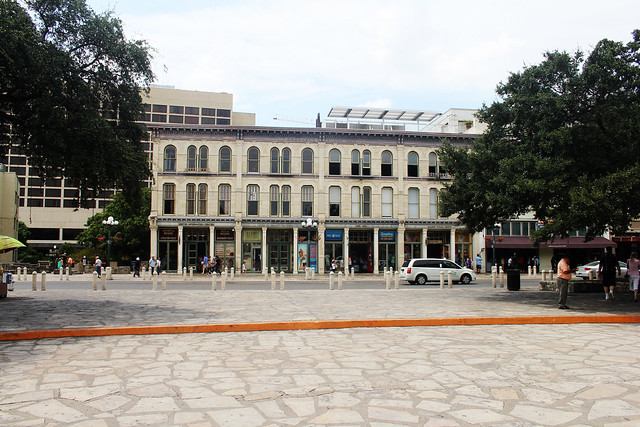 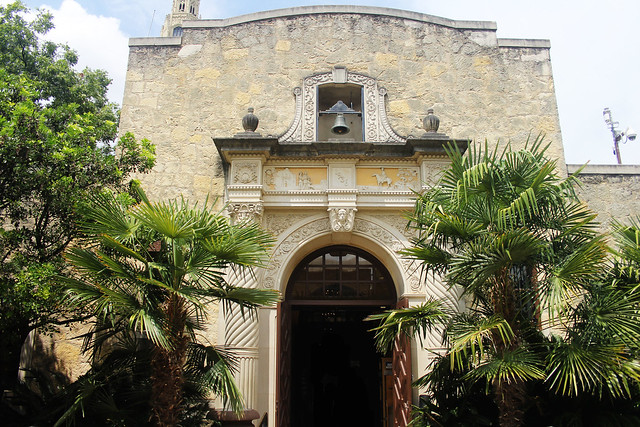 There is a diorama inside the museum that depicts the Battle of the Alamo in 1836. There are so many people in the battle, tiny little men with uniforms and guns, tumbling over walls and horses amid constantly blowing cannons. There is such movement and feeling in the display that I could almost hear the gunshots. Afterwards, we went to a section of the mission that was used as a sanctuary for women and children during the battle. When I thought about the things that had happened there, both the bloody and the hopeful, I got chills running down my back.

San Antonio is also home to four other missions, each with its own story. Read about our review on them here. 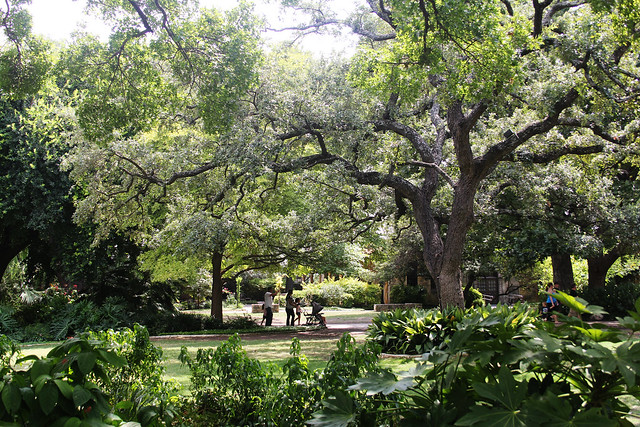 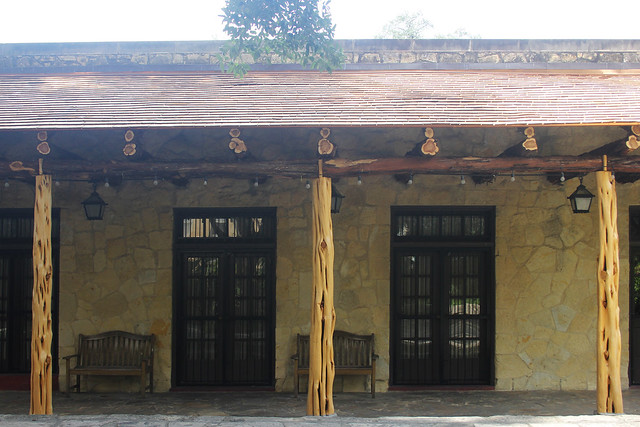 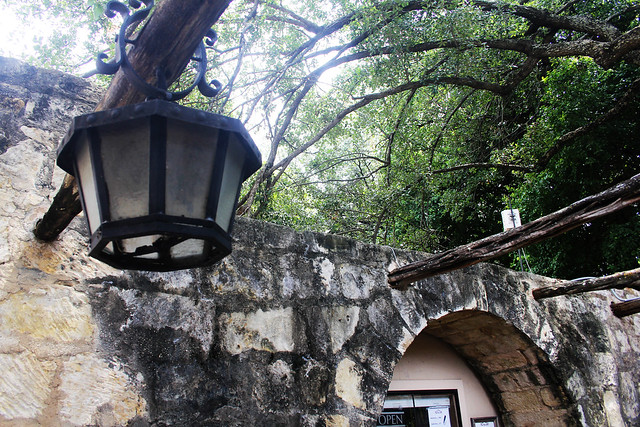 San Antonio’s El Mercado, otherwise known as the Historic Market Square, offers the charm of Old Mexico. After exploring the Riverwalk and not having anything to do until our reservation to eat at the Tower of the Americas, someone recommended us to go to El Mercado. The Market Square is a beautiful place, with a plaza lined with banners, lovely shops and stalls, restaurants, and an indoor mall. The buildings, the canopies, the banners…everything, essentially, is colorful, making the whole place shine vividly under the sunlight. We got to try the Diablito, a great Mexican drink that is both cool and spicy. 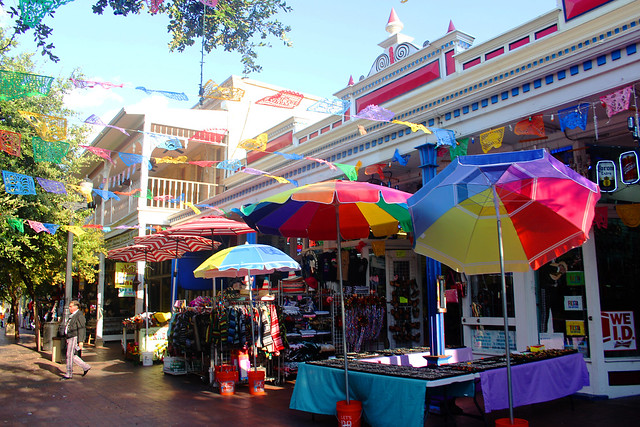 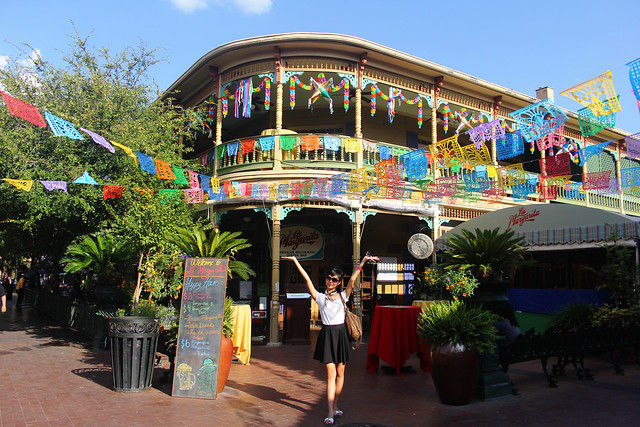 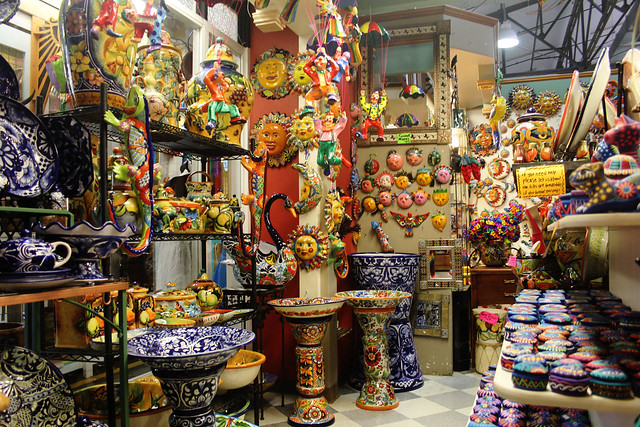 La Cantera is a great place for shopping and dining, a definite must-go, but the thing I would like to point out is the origin of the name. As we were walking around the mall, my friend pointed out the stone walls. She told us that the Cantera stone is very popular in Texas (one of her neighbors had a mailbox made of this type of stone) because of its durability and distinctive looks. It is mined from Latin America and the fact that this type of stone is used in such large numbers in Texas (the whole complex of the shopping center is made of the stone) shows once again the Mexican cultural influence in Texas. 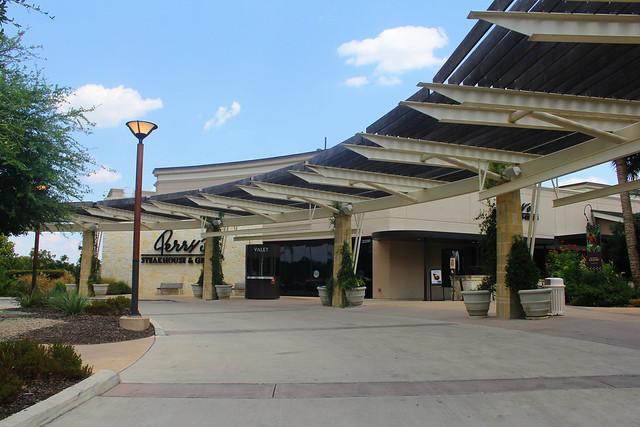 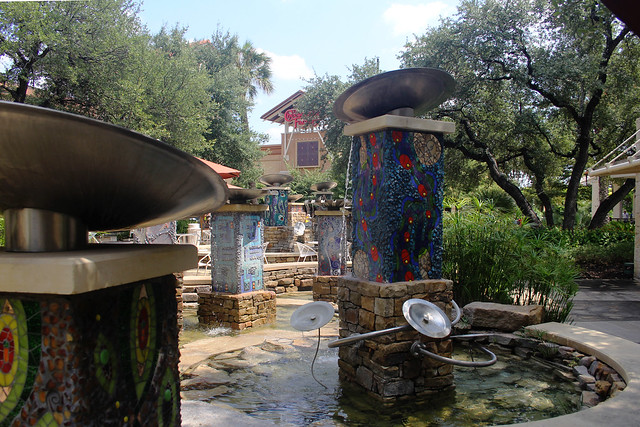 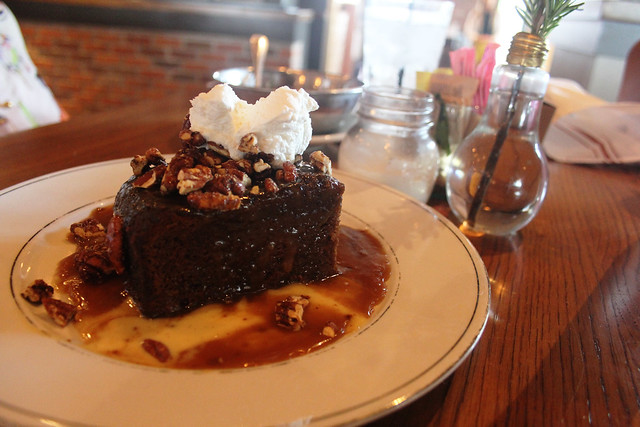 As we mentioned in a previous post, La Villita was one of the first neighborhoods in San Antonio. The architecture is distinct and beautiful, earth-colored with flowers and colorful doors. Like El Mercado, the things they offer here are reminiscent of Mexican products. Read more about it on our previous post here.

I would like to end the post with something completely unrelated, but one that I feel I have to share with you. I mentioned in a previous post that in Texas, a lot of things are so much bigger than in LA (or any other place, for that matter). Here is a picture to back that statement…a grocery store so big, I lost my companions in there! 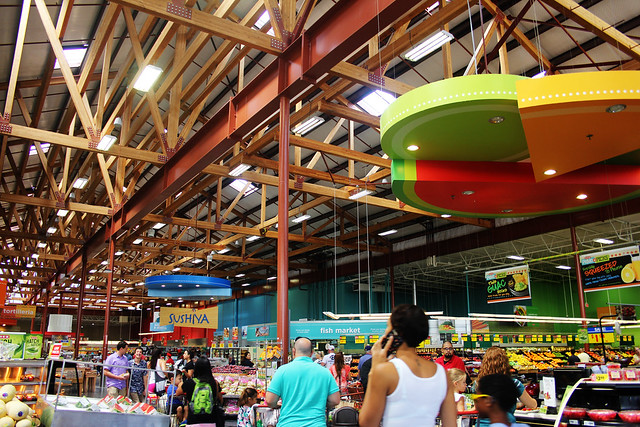