One of the things that make the United States different from many other places is the road trips. The country is so vast that one can pack up one’s bags in the car and drive to different cities, different states, and different natural features so diverse and beautiful that it will make you feel things you just can’t experience in the cities.

Our visit to Texas provided us with the chance to do this. Right after we arrived, we dropped our bags at our friend’s house and went on a day-trip to Austin. On our last day, we woke up early in the morning and drove to a lovely little town called Wimberley. Let us take a look at each.

When we arrived, we discovered that our friend’s brother was in Austin and she needed to pick him up. She said, “Sorry,” and we answered, “What for?” For us, it was a great thing that we could go to Austin. Our first stop was the Capitol Building. It was located in the middle of a beautiful park with statues, a library, and a winding road through the trees. Be careful not to step on the grass, as there may be fire ants! We took a look inside the Capitol building. The place had such symmetry that I could not help taking a bunch of pictures. You could access the library at certain times, but when we arrived there it was already closed. 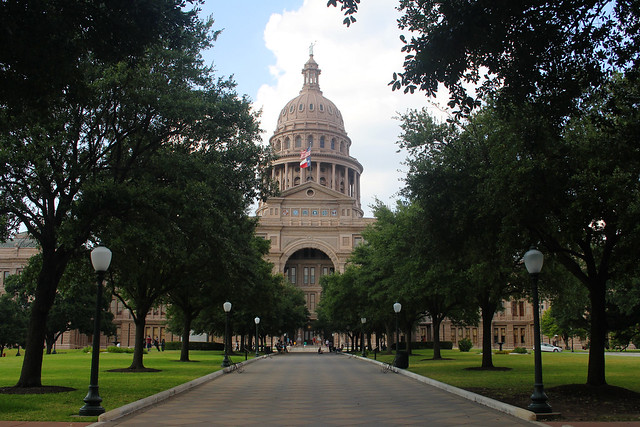 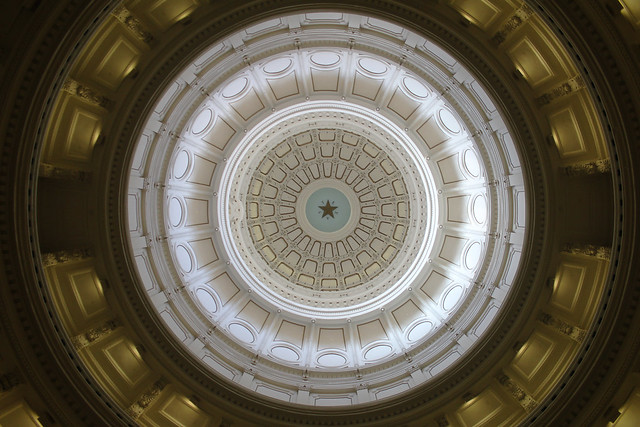 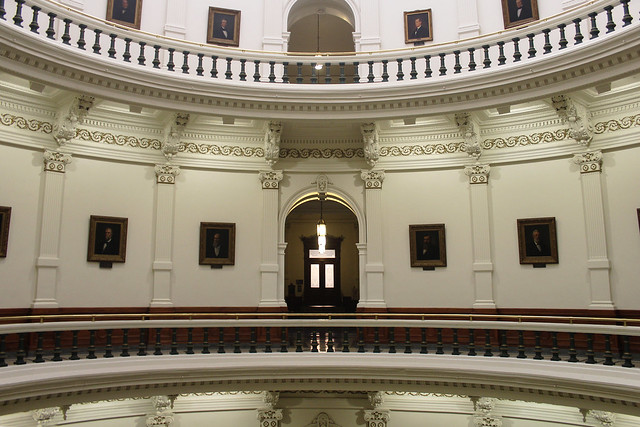 After the Capitol building, we went to visit 6th street in Austin. That was where the night life was. People crowded the streets and loud music boomed from the bars. For those who prefers a quieter venue, a few blocks away there is the calmer 2nd street. As the night went on and my friend’s brother continued delay our meeting time, we had some coffee at Halcyon Coffee Bar and Lounge. I suggest you try the smores; we had fun roasting them and just chatting until it was time to return to San Antonio. 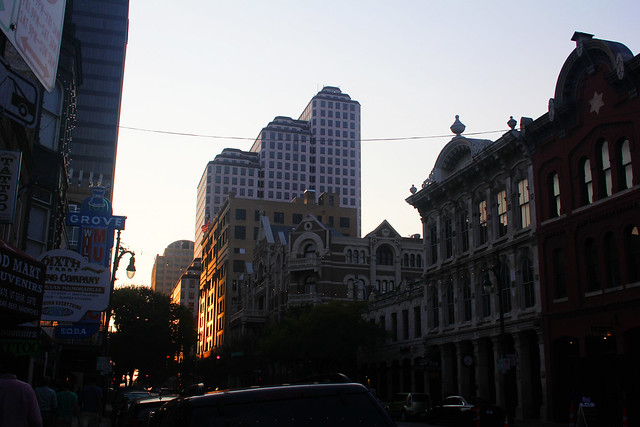 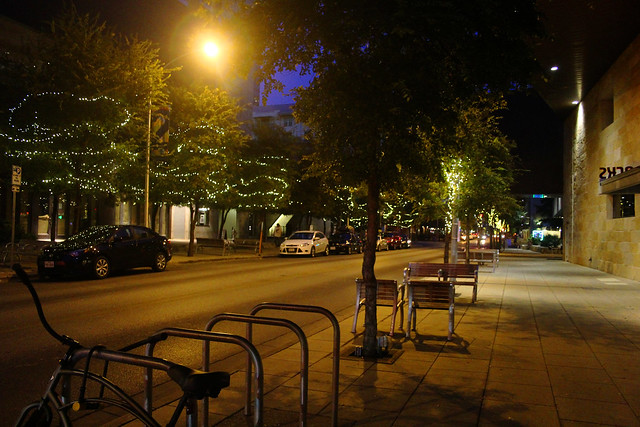 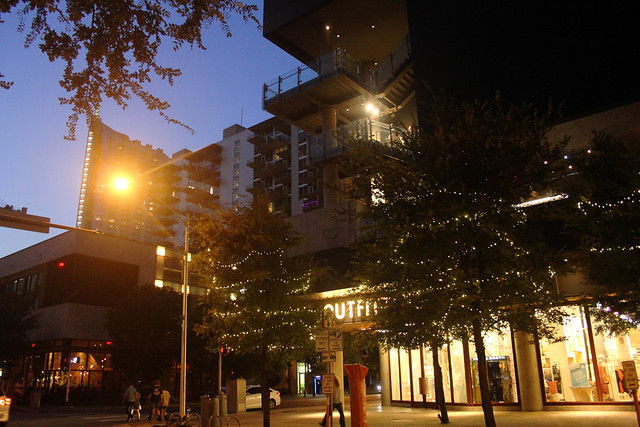 Wimberley wrapped up our trip in Texas. I had never heard of the town before but my friend insisted in bringing me there. During the drive there I saw the skyscrapers and immense highways turn into flatlands with round bales of hay. After about two hours’ drive, we arrived at Wimberley. 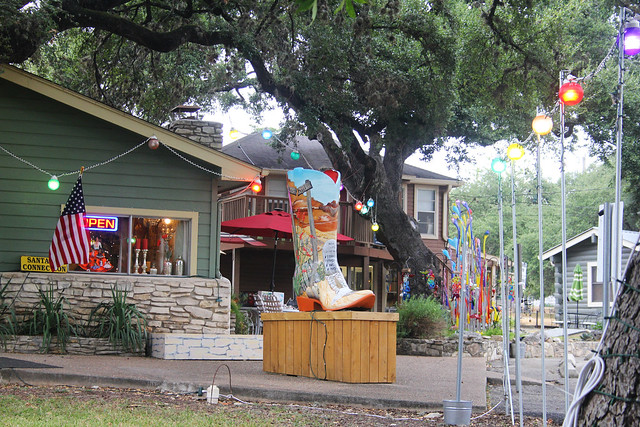 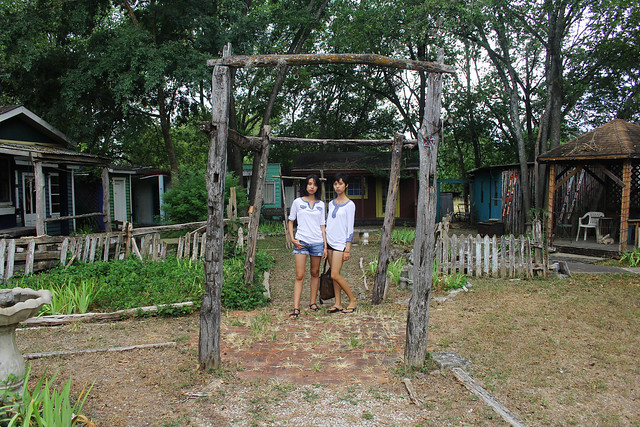 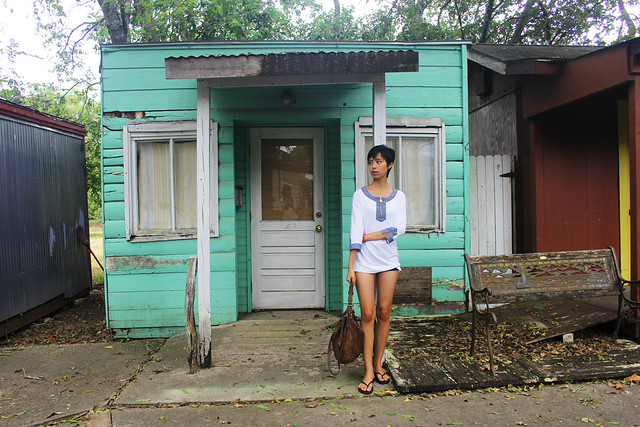 The town was the kind of town you would see in movies…wooden buildings, brightly colored walls, lots of vegetation, and trucks. We went to a river surrounded by trees with human features that people put up as decoration. We went to a diner which has the best apple pie and a lovely service. 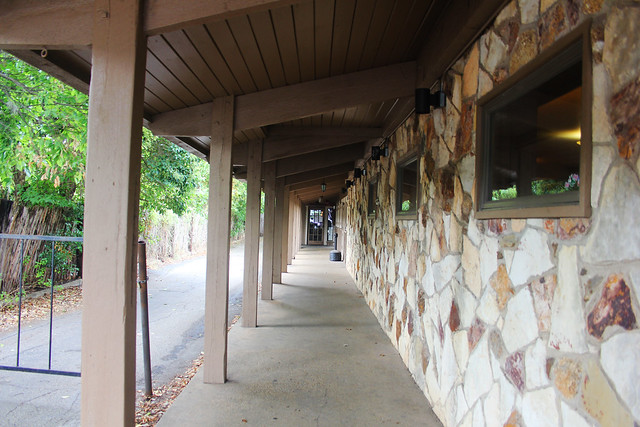 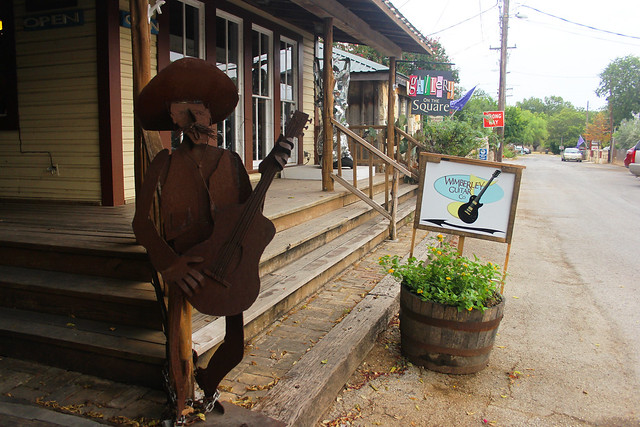 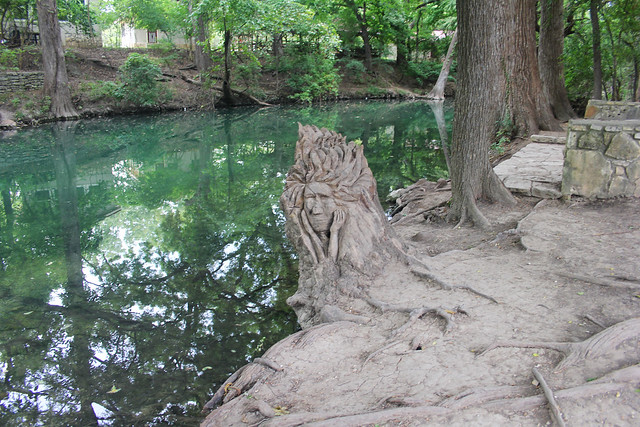 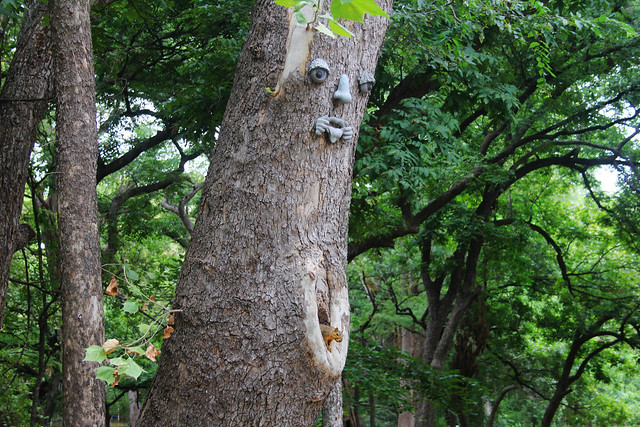 In fact, most people in this town was friendly, even when it was obvious that we were tourists. One of them suggested that we go to see Jacob’s well, a deep spring that served as a popular swimming spot. People would jump from the ‘cliff’ into the well. The trail to the river was so beautiful that it felt as though I was in a scene from the Lord of the Rings, what’s with the arching trees forming a tunnel, the beautiful stone features, and the water that is so clear, you can see the pebbles underneath. Unfortunately we could not get a close-up picture of Jacob’s well itself. 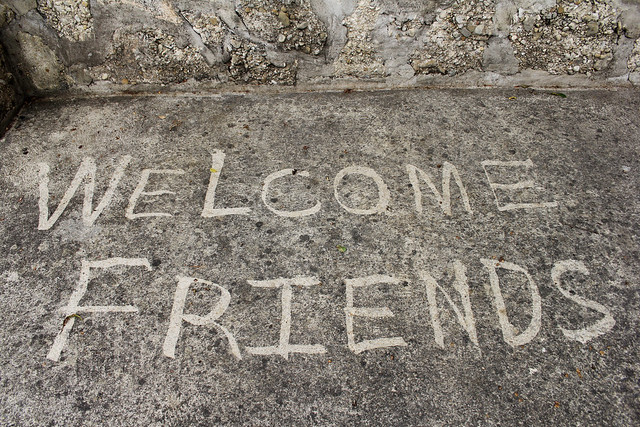 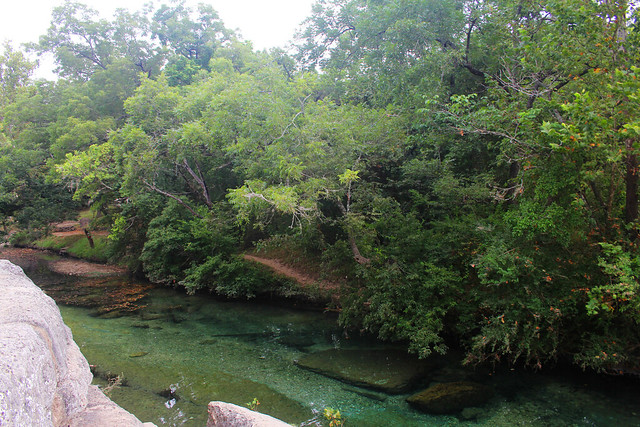 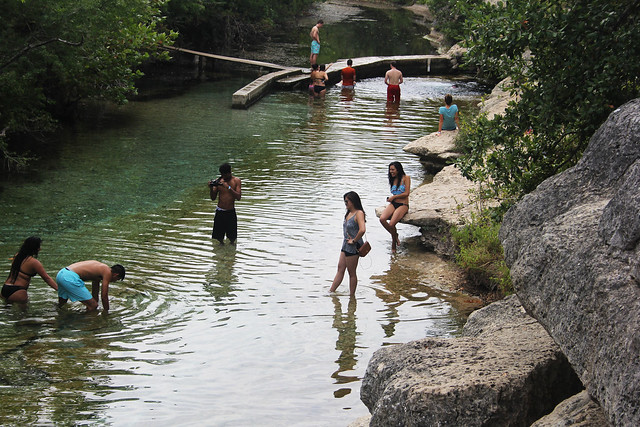 Afterwards, we went to eat barbecue at the Salt Lick. We had good food, wonderful company, and an eating hall that was illuminated with countless tiny lights. I should take the time to remind you that they only accept cash. Afterwards we took a walk outside and enjoyed the view until the sun starts to go down. Because the restaurant is a long way from the city and there are few streetlights, we have to go before it gets dark. 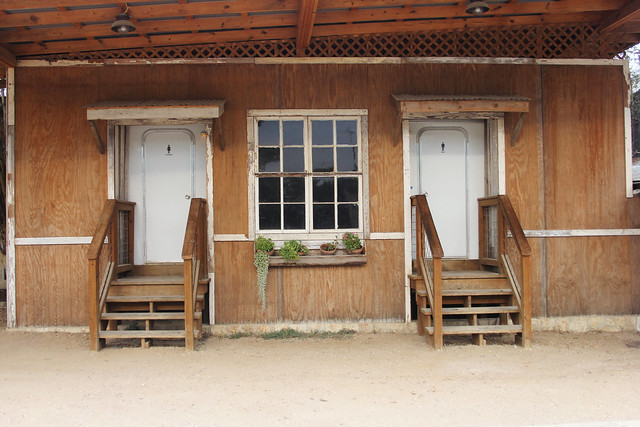 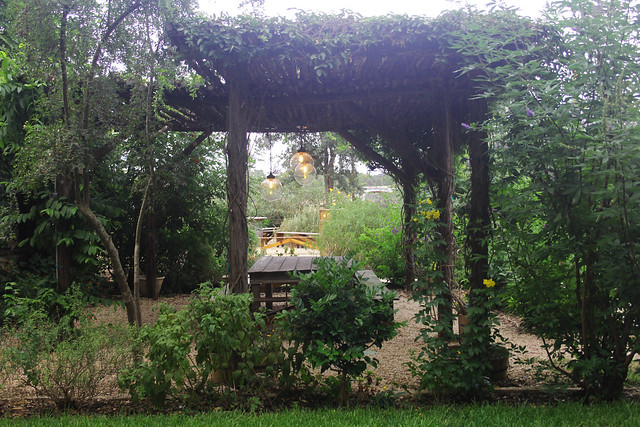 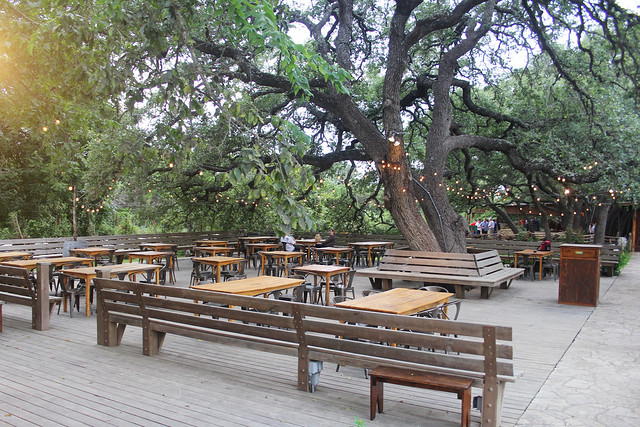 We saw fields with bales of hay, golden under the setting sun. I caught sight of a deer crossing the road, stopping for a moment under the scrutiny of our headlights. There were longhorn bulls lounging in a farm, eyes blinking sleepily as our car drove past. None of the feelings and the sights can be captured by mere words, nor pictures. But if you close your eyes, can you imagine what it must be like?

23 thoughts on “Straying From San Antonio: Wimberley and Austin”