Chicago is a city loaded with museums. Each and every one of them is fascinating, unique, and while we were researching about where to go, we discovered that we wanted to visit all of them. Individual tickets to every museum is pricey, however, so we decided to get the Chicago City Pass. Not only did we save money, we also skipped lines and saved time! Here are some of the places we visited:

Shedd Aquarium is the largest indoor aquarium in the world and a maze of continuous fun, learning experience, and wonder. It is located by the lake at the Museum Campus, close to the Field Museum and the Adler Planetarium. With the Chicago pass, you would get a VIP entry to the special exhibitions and 3D movies without having to pay extra! The movies are especially great…I think we had more fun than some of the kids there! 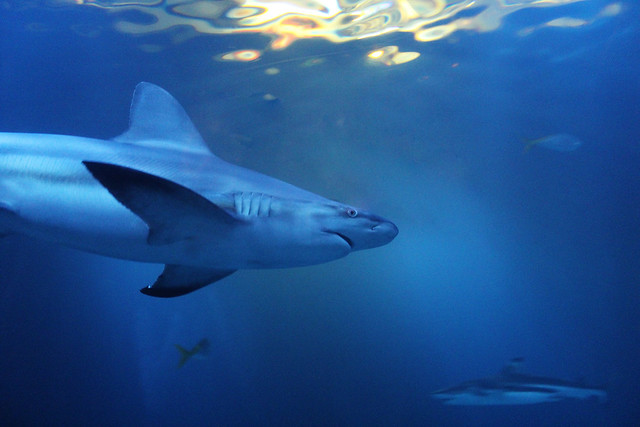 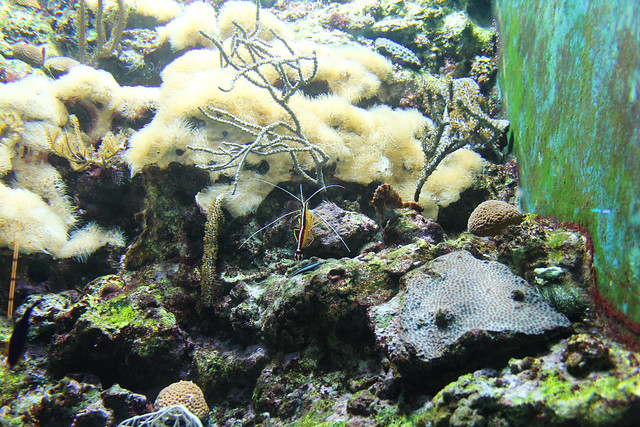 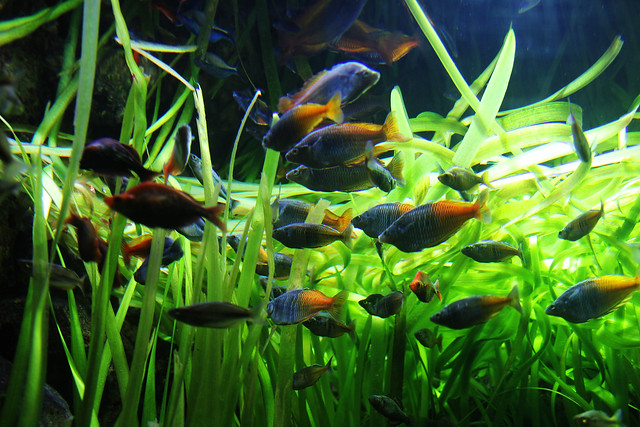 Unlike most other aquariums, Shedd Aquarium does not only display oceanic species and those found in North America. In the Southeast Asian part, I saw a fish that we would commonly find in my island, back in Indonesia. In the Caribbean Reef Habitat, a sight and a story welcomed us: a sea turtle that swam strangely…rump up, head down. Nickel the sea turtle was rescued after being found wounded by a boat propeller. Now it found a home in the Shedd Aquarium. From time to time someone would come to feed them, so make sure to stay around to see the show! 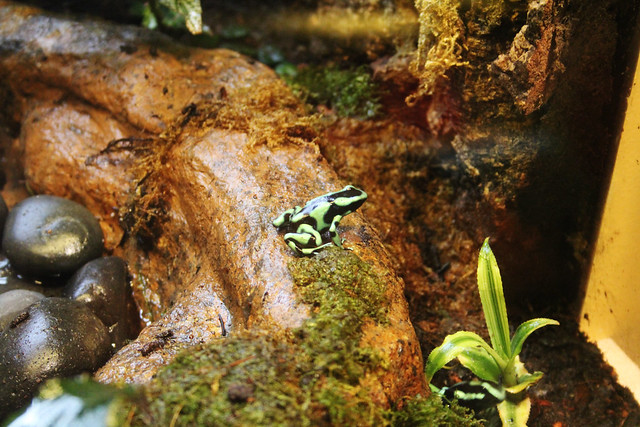 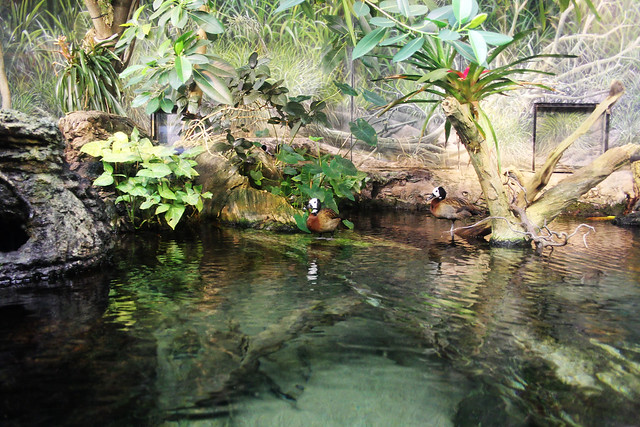 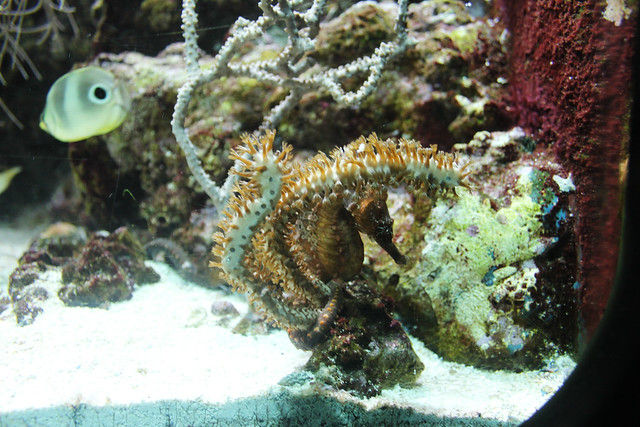 Unlike many other natural history museums that we have visited in the U.S., the Field Museum is like a maze of knowledge. There is a continuous passage between exhibits that one can simply get lost in. I remember at one point I was looking at Tibetan clothes, the next I found myself in the botany section! It has a room for lichen, something that most people don’t even know, but which has tons of interesting attributes…it was one of my favorite exhibits. Another one is the micro-soil lab, where you would find yourself ‘shrunk’ and burrowing underground. 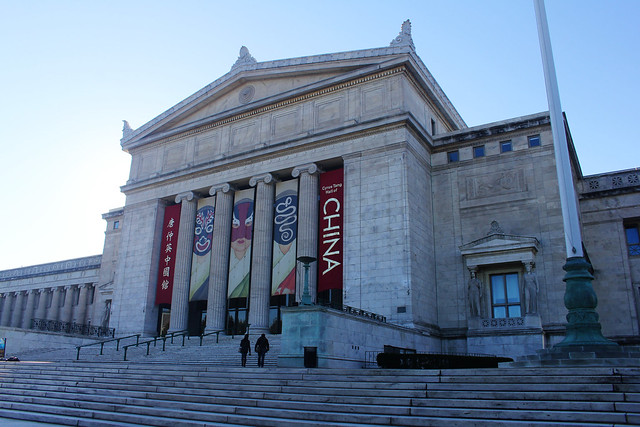 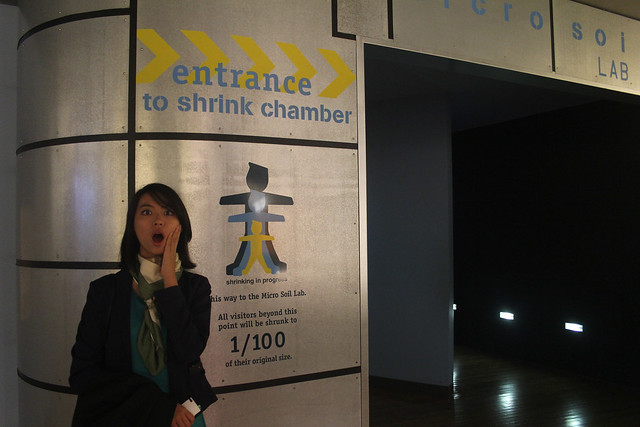 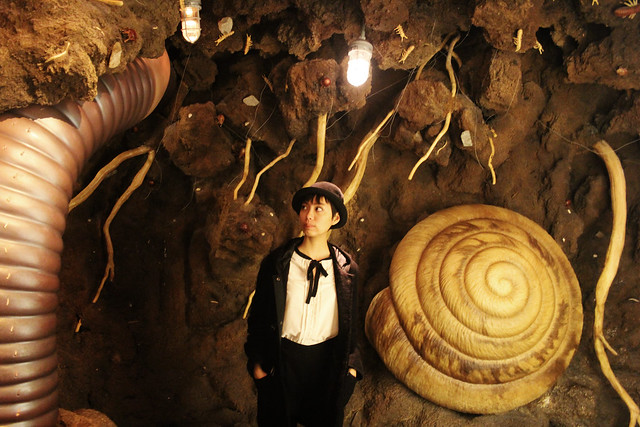 When you walk into the museum, you would find Sue the T-Rex, which is the most well-preserved and most complete Tyrannosaurus rex ever discovered. With the pass, you don’t have to wait in line and you would get to watch another 3D movie. The one that we saw was about Ancient Egypt and the discovery of the Valley of the Kings. You would also have access to the exhibits on mammoths. 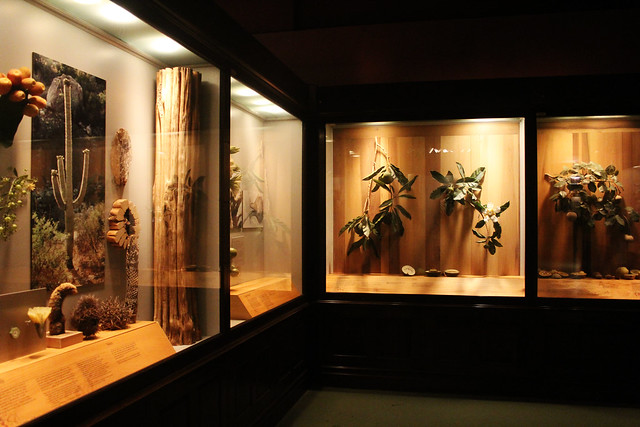 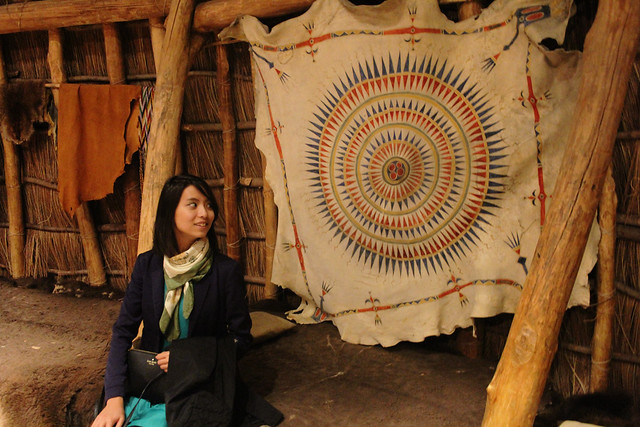 Museum of Science and Industry

The Museum of Science and Industry is not located near or within the Museum Campus, so make sure to take note of this when you plan your trip! I would suggest taking a whole day in this museum because there is just so much to do. There is a tornado exhibit, a giant hamster wheel, a flight simulation, discussions on DNA, and many other things besides. With the city pass, you will have access to a tour or a 3D movie. We chose the U-boat Submarine Tour and learnt a lot of interesting things about how German soldiers in World War II survived and worked in such close quarters, deep underwater. 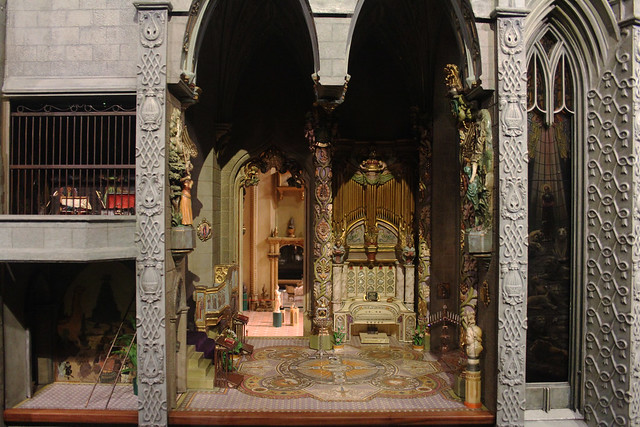 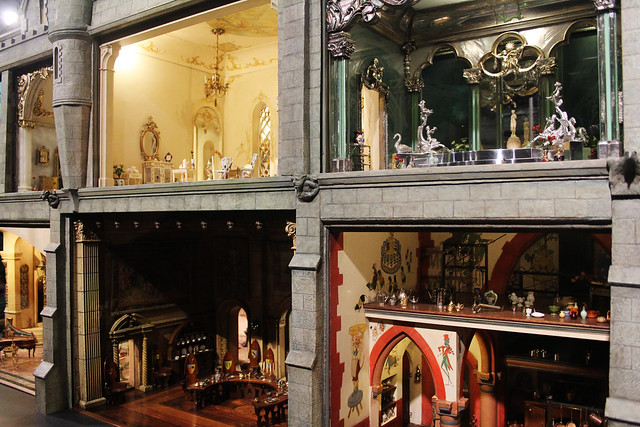 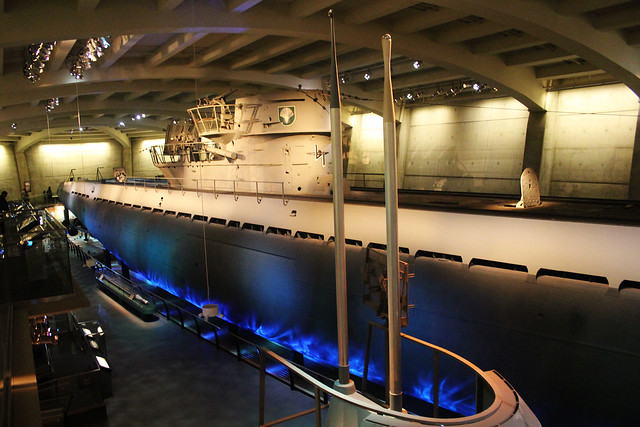 One of my favorite places in there is the section called Yesterday’s Main Street, which recreated early 20th century Chicago. Another one is the Science Storms, where you could see a tornado form, how earthquakes happen, and the motion of tsunamis. There is so much to see that it encompasses two floors! 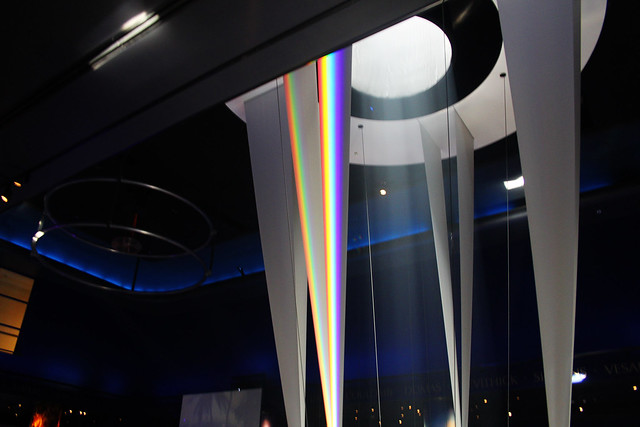 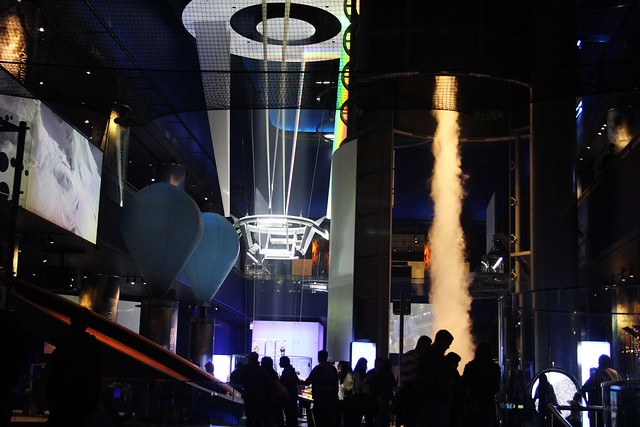 The Willis Tower is the highest building in North America and home to the infamous Skydeck. On the way up, there was a screen on the elevator comparing our ascend to the heights of other well-known buildings…the heights we scaled became apparent to me when we have reached the height of the Empire State Building and still going up! It was frightening when we were taking our pictures on top of the glass floor…you can probably see the fear in our eyes in the picture below! With the city pass, we did not have to wait in line, so we saved plenty of time. My only regret is that it was a cloudy day when we went, so the view was compromised. When you go, make sure to check the weather! You will want a clear blue sky. 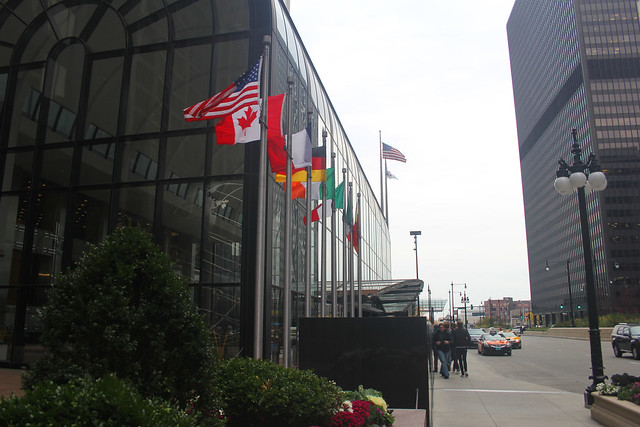 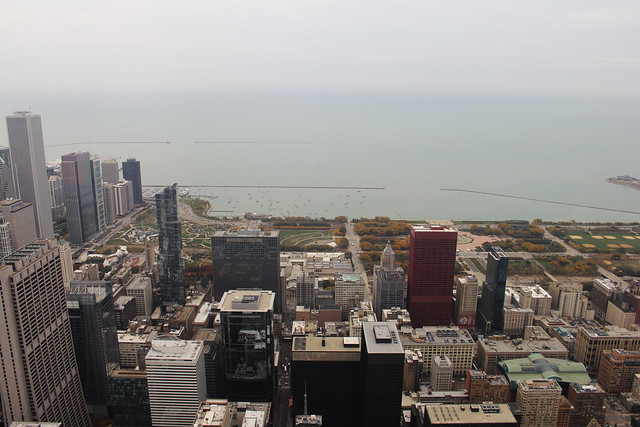 The Art Institute of Chicago

The Art Institute of Chicago is a beautiful museum with a gigantic garden that had already turned gold. There was a Degas exhibition which I absolutely loved. My favorite painting, Seurat’s Un Dimanche à l’île de la Grande Jatte, greeted me as soon as we walked into the Impressionism wing, big and demanding of attention. There was also Thorne’s miniature rooms and a gallery of medieval shields, weapons, and armor. We went in early in the morning, right after we left the airport (and got lost in the city). When we left, it was already three o’clock.

The city pass to the Art Institute of Chicago allows us to skip the lines. There is a place where you can drop off your belongings, so if it’s your first day and you are lugging your suitcases around, this is your first destination! You can leave and return at a later time; there are the gardens and plenty of restaurants around…just remember to be back before 5pm! You would not want to have your suitcase locked for the night. 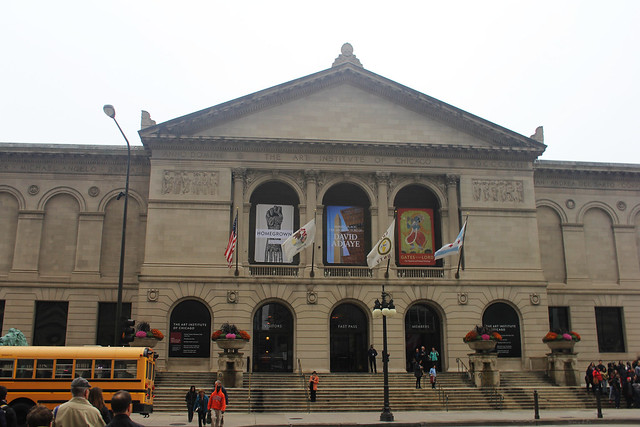 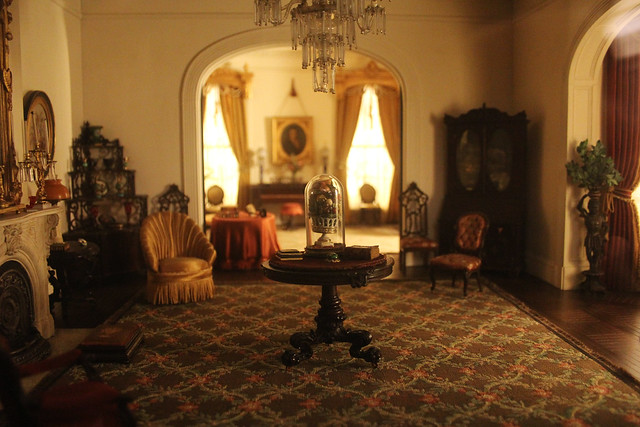 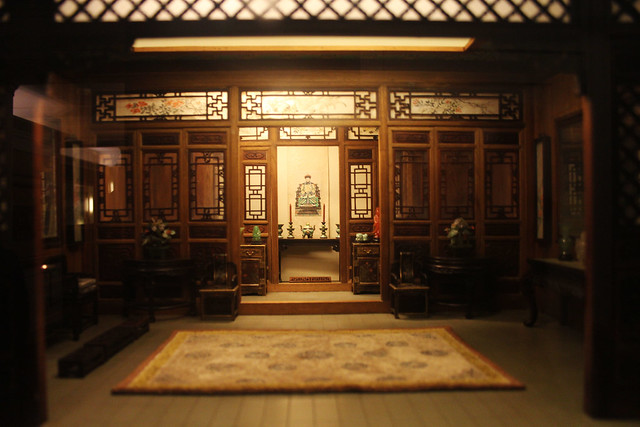