Last Thanksgiving, we had the chance to go to Las Vegas to celebrate a friend’s birthday as well as the holidays. We planned the trip a long time ago, but only got the tickets two days before the trip. For Thanksgiving, plane tickets are very expensive, so we decided to go by bus.

Early morning on Friday, still bloated after Thanksgiving dinner the night before, we arrived at the Megabus Station in Union Station, Downtown Los Angeles. We mounted the bus in no time, and I was excited to see that they have outlets to charge our phones, and better yet, wifi! The trip took less than 6 hours, and when we finally crossed the California/Nevada border, we gave a super loud cheer. We’re going to Las Vegas! 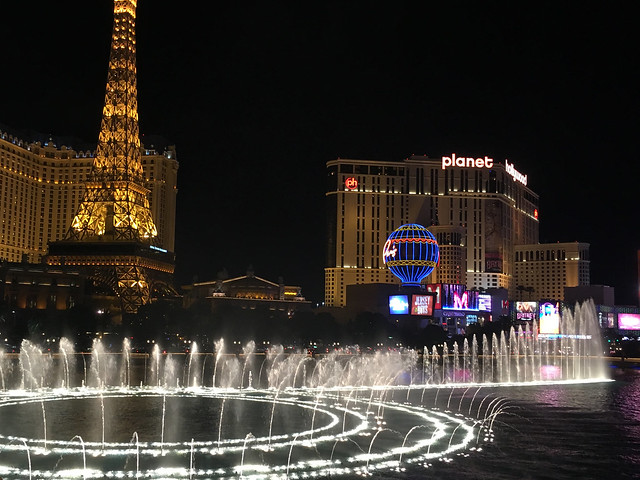 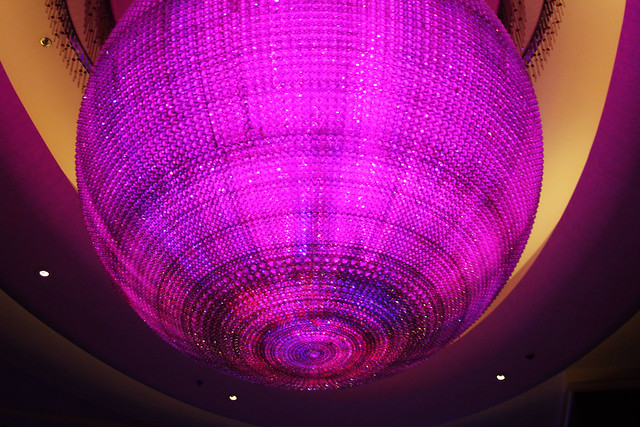 The city was impressive, to say the least. The buildings were huge and extravagant, looming from both sides of the strip. The streets were covered with people, some of them dressing in skimpy outfits despite the obvious cold. Lights and music reigned, especially at night. Like people said, it was like Disneyland for adults. 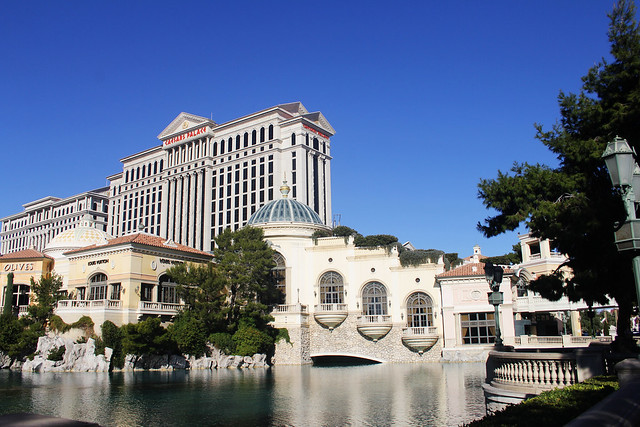 As soon as we arrived, we went to the hotel to check-in, take a shower, and dress nicely for the evening. We stayed in a room in Planet Hollywood overlooking the strip. Below is a picture of the view we had from our hotel. 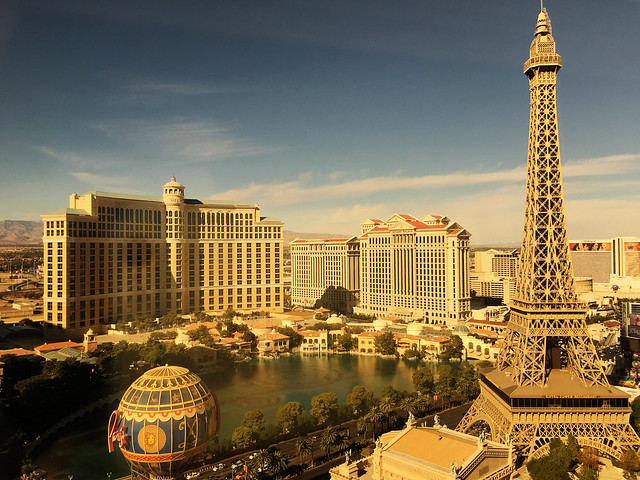 That night, we went for dinner in Lago, an Italian restaurant in Bellagio. We decided to sit outside to see the Bellagio fountains going off every 30 minutes. Despite the cold November air, everything was heated so we could take off our coats and look nice in our dresses. The food was in small portions, so we ordered a few plates each. They tasted amazing, especially the cocktails! 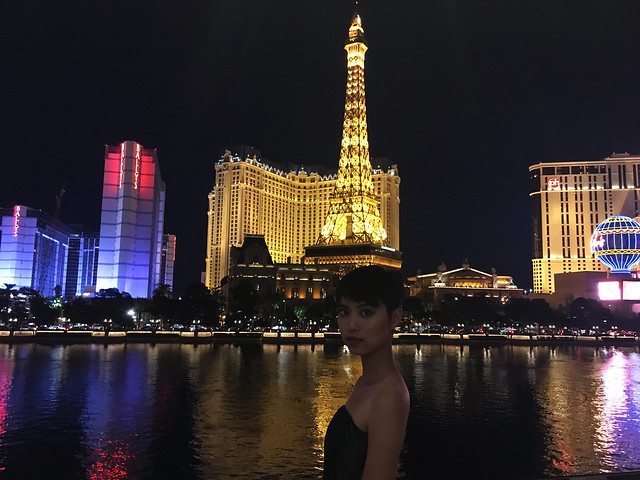 After dinner, we took a taxi to New York New York to watch a Cirque du Soleil show. We originally wanted to see Ka or O, but since it was our friend’s birthday and he wanted to watch Zumanity, we went along. I had always known that Cirque du Soleil was one of the best theatrical productions in the world, but my expectations were blown away. The show was amazing, with great costumes, funny people, and breathtaking acrobatics. The hours sped by, and when it was done, I wished I could see it all over again. Too bad we were not allowed to take pictures, I was sure I could catch some amazing shots in there! 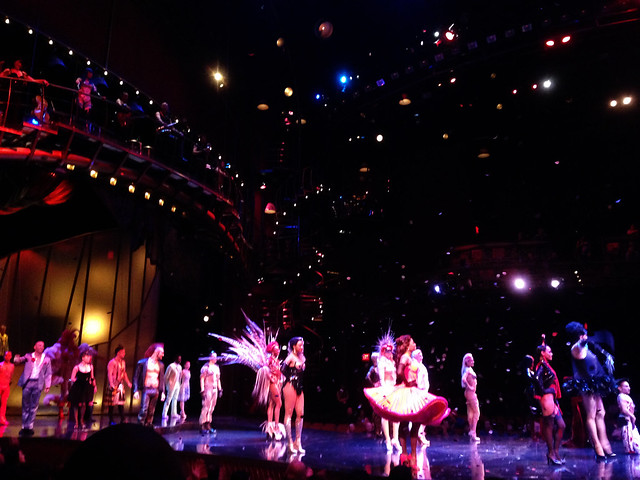 We woke up early and started exploring the Strip. We visited almost every hotel there, which was an experience in itself. 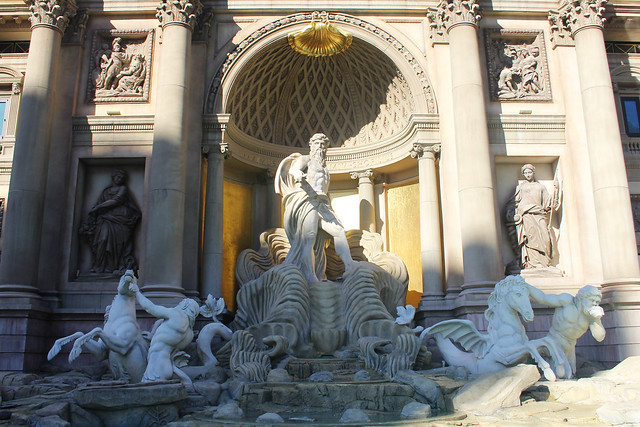 Nearing the evening, we changed and went for dinner in Tao, a Chinese restaurant situated in the Venetian Hotel. I loved the décor tremendously. The Chinese calligraphy, the dim lights, and the giant Buddha statue all added to the charm. The food itself was great, and they gave our friend a huge fortune cookie cake (complete with about a dozen fortunes) when they found out it was his birthday. 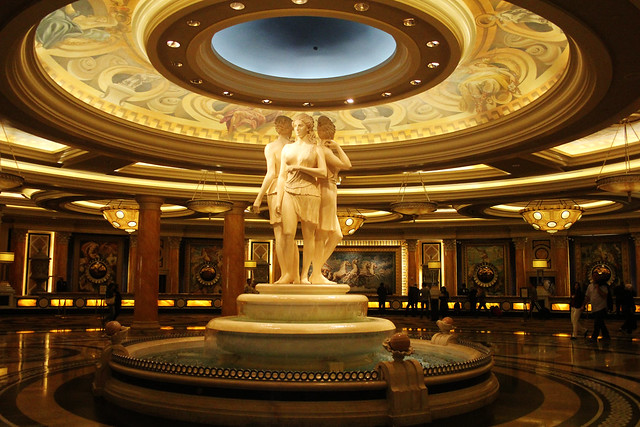 We started the day with a buffet in Bellagio. The price was very affordable usually, but because we came during Thanksgiving Weekend, it was a lot more expensive. They had a large assortment of food to choose from, however, so it was worth it. 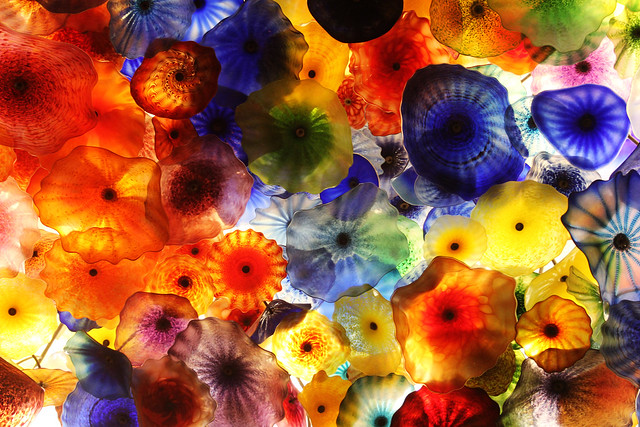 When we were done eating, we were so full that we could barely walk. So we decided to play the slots for a bit while waiting for our food to go down. Unfortunately, none of us had good luck, so we only won 13 cents, which we did trade in. 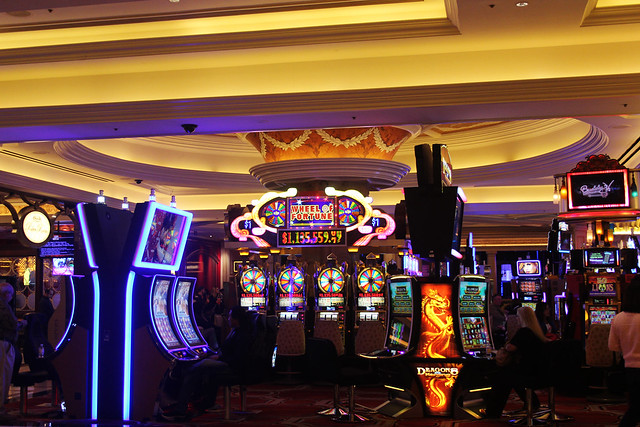 Afterwards we went to the mall to shop. My favorite was the mall at Aria and how almost everything was on sale, even the high-end brands. 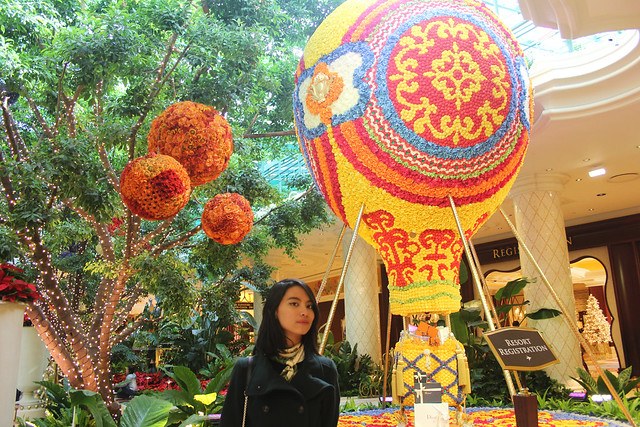 It was nearing our departure time, however, so we had to leave. We went to the bus station and got onto the bus (this time they did not have wifi or power outlets), and we sped off.

Here’s a thing: It’s a Sunday Night during Thanksgiving Weekend, so everyone is trying to get back to LA. Traffic was horrible. I could see miles and miles ahead, and my vision was filled with cars that were not moving. Long story short, the trip took 3 hours longer than usual. I feel bad for the driver, because some people were complaining for something he had no control over.

All in all, our trip to Las Vegas was very memorable. Not everything we did was included in this post, because after all, What Happens in Vegas stays in Vegas!