We went to Chicago last fall. It rain half the time, leaving the city enclosed in fog. When the clouds cleared, the city skyline glittered like diamonds in the night. The leaves were gold and falling, leaving clumps on the ground large enough to fall into. We did just that, and so much more besides. One thing that I love about Chicago above all else is how walkable the city was. So we walked, a lot…and you should too. 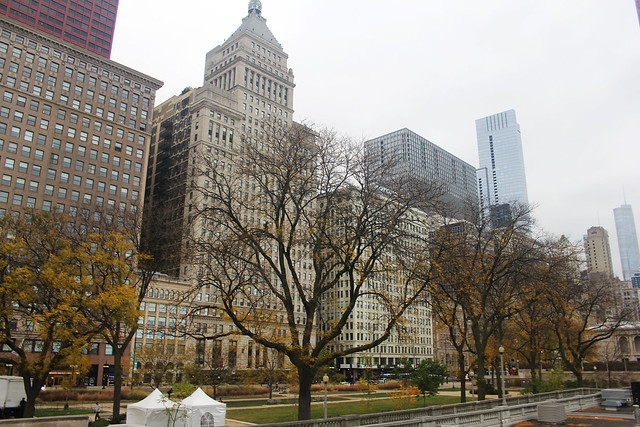 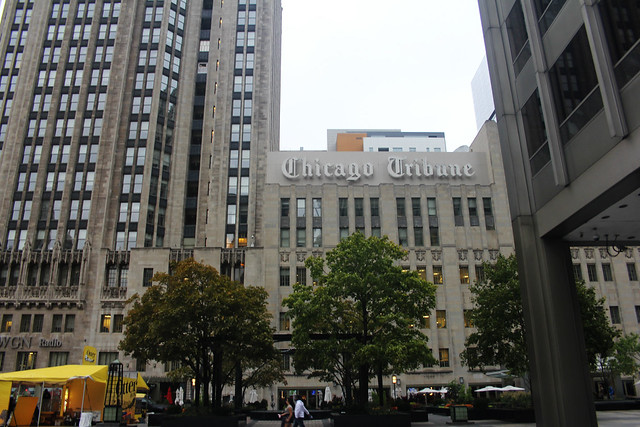 One of the most memorable thing that we did while we were in Chicago was the treasure hunt. We had a friend who used to live in Chicago who challenged us. He told us to find the office where he used to work with only one clue…it was between Trump Tower and the Clock Tower, wherever that was. So we went around Miracle Mile photographing buildings until we got the right one. We finally found it while hiding from the rain in a chocolate shop…it was the building right across the street. Another friend told us to find a restaurant by the Willis Tower. It was called Giordano’s and their deep dish pizza was simply marvelous. 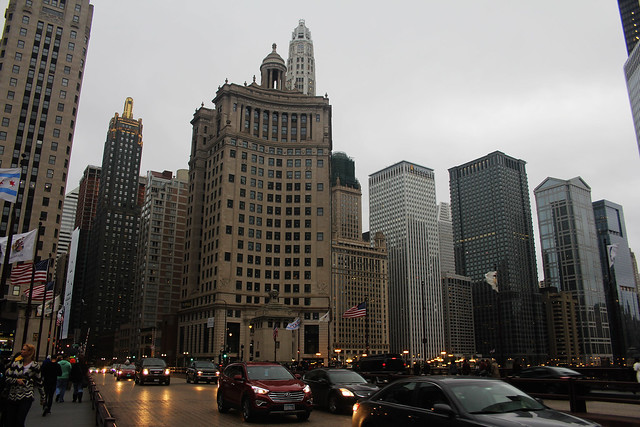 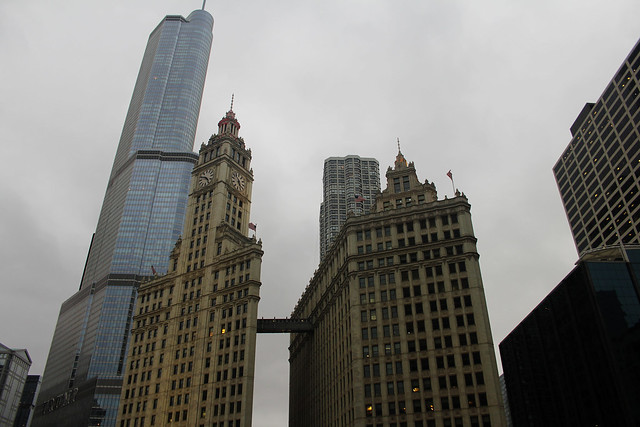 We met up with a friend who is going to school in Chicago in Chinatown. It really did feel different if you have someone local show you around, as they can take you to the best places to go (and to eat)! On the way, we saw a bunch of ducks milling in a park. It was magical. 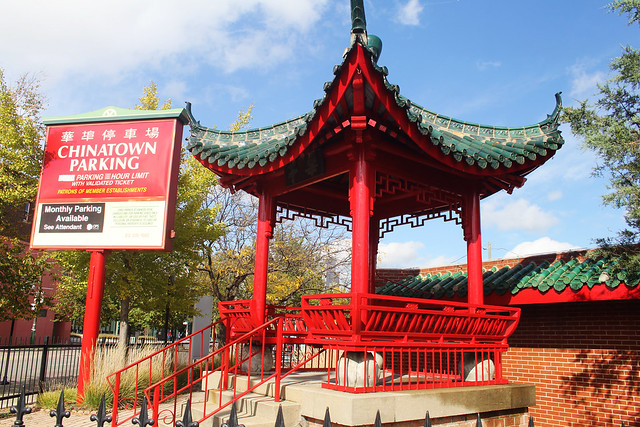 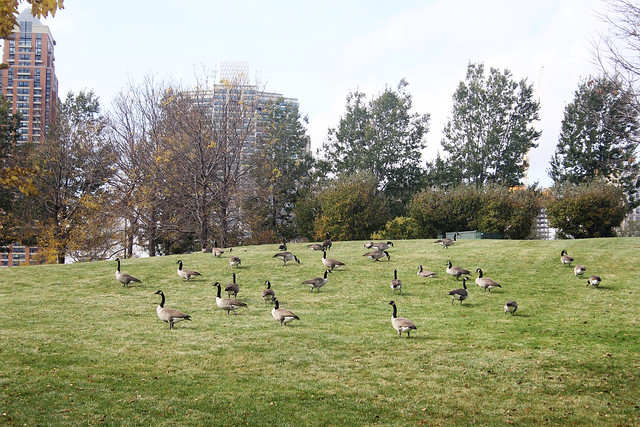 The street lived up to its name. When the sun is up, it is bustling and beautiful, but it was at night that it became truly dazzling. The streetlights reflected on the puddles on the ground, and with the lights on the buildings around us, it felt as though I was surrounded by fireflies. One thing that I found extremely fascinating were the decorative gardens, designed and created by various groups in Chicago for a competition. 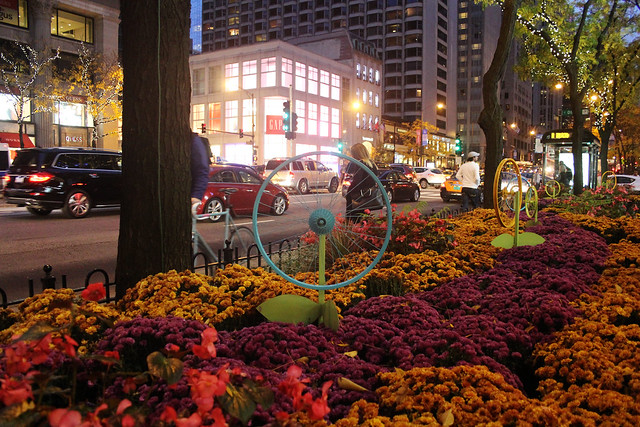 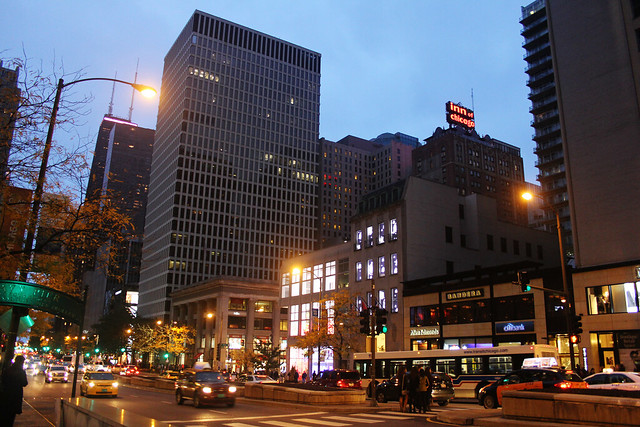 The lakefront trail was beautiful and calm. It had nearby gardens with mounds of leaves that one could just dive into; it is also close to the Art Institute of Chicago and the Cloud Gate (the Bean). There were the skyscrapers ahead of us. The lake was so big that one could not look at the other side! If you like biking, this would be a great place to do just that. 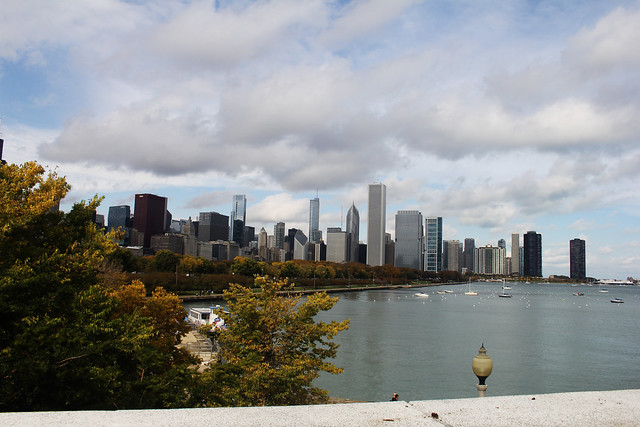 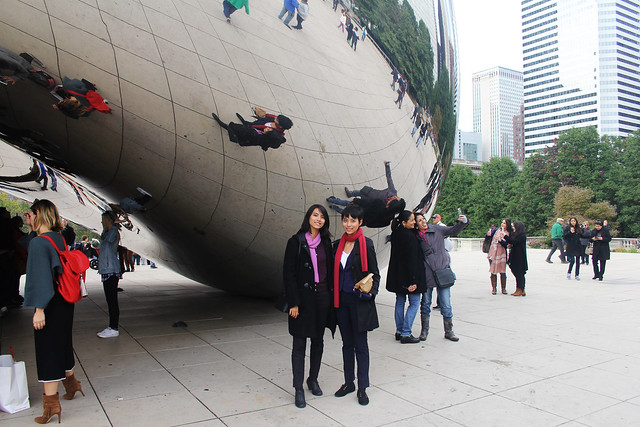 The riverwalk had a bunch of shops, restaurants, museums, and boat rentals. At night, it was especially beautiful. It was fun just walking along the river and watching people pass by. 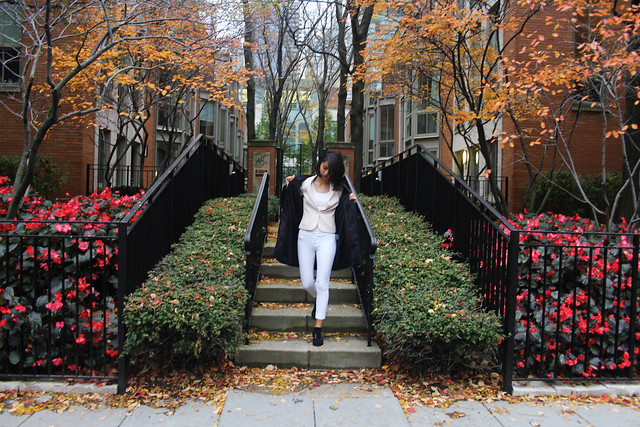 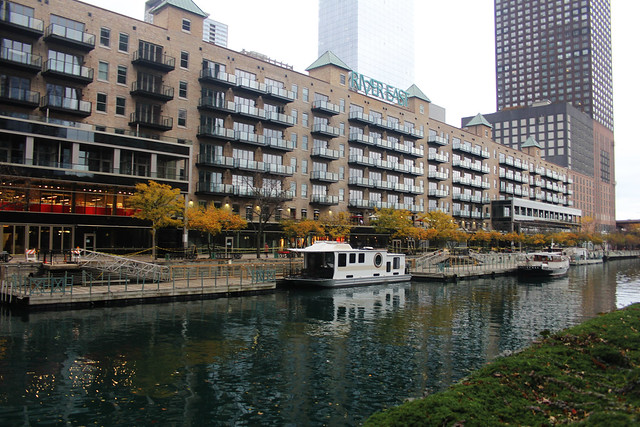 We also found the start of historic route 66. Because we frequently visit Santa Monica, that means we have been on both ends of route 66! 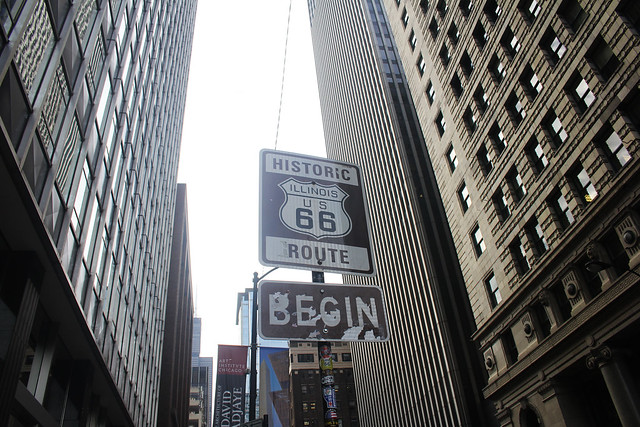 30 thoughts on “Around Downtown Chicago”