While planning our trip to Boston, I noticed that Rhode Island was just a short distance away. One hour drive? That’s not bad for one more state to be explored (our goal is to visit all 50 states someday). We decided to go to Providence for a day “trip within a trip.” It was close to Boston, and easily accessible by the AMTRAK train. On our third day in Boston, we woke up early and made our way to the station. It was very busy, filled with people ready to start their journey. We stepped into the train and within an hour, we pulled up in Providence.

The first place we visited was the State House, which was located next to the station. It was beautiful, but since the weather was still cold in mid-April this year, the trees had not bloomed yet. After that we made our way to the river. It was very quiet; the streets were almost empty, with only a few cars driving by and fewer people walking. It felt a little disconcerting, especially after the bustling streets of Boston, but at the same time it was peaceful. We had lunch at a quaint little place in Federal Hill (too bad it was so cold, there were no flowers and the fountain did not work). 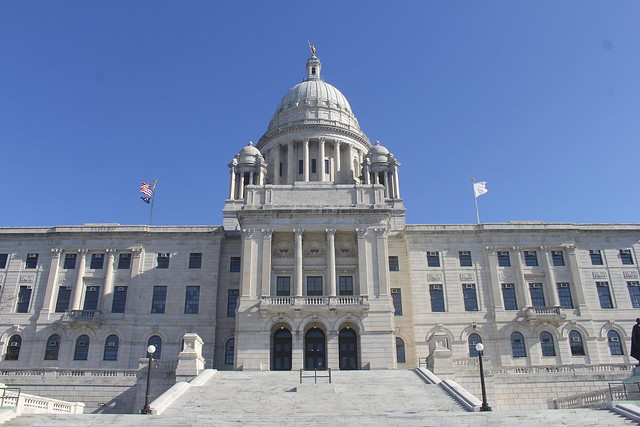 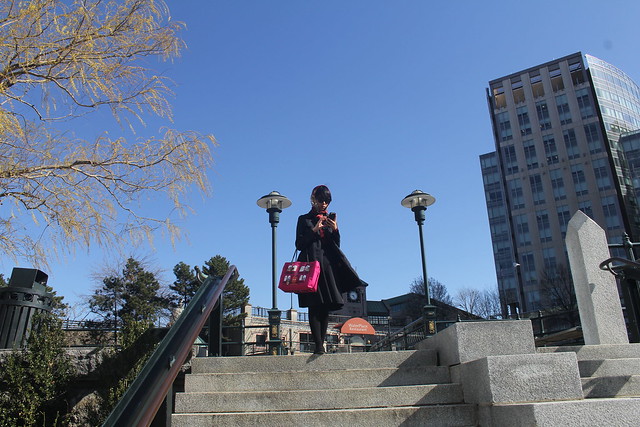 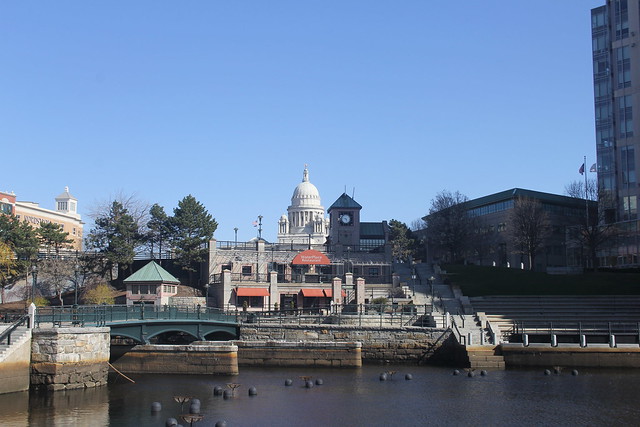 We walked along the river for a bit, then moved on to our next stop: Brown University. The campus was beautiful, with old-fashioned buildings one sees in movies surrounding green courtyards. We noticed a tour going around the campus and decided to pretend to be new students and joined the group. As we made our way around the campus, we learned a lot of different things. One of the most interesting was a pirate-themed a Capella group called ARRR!!! that had an actual treasure chest where they keep their funds. 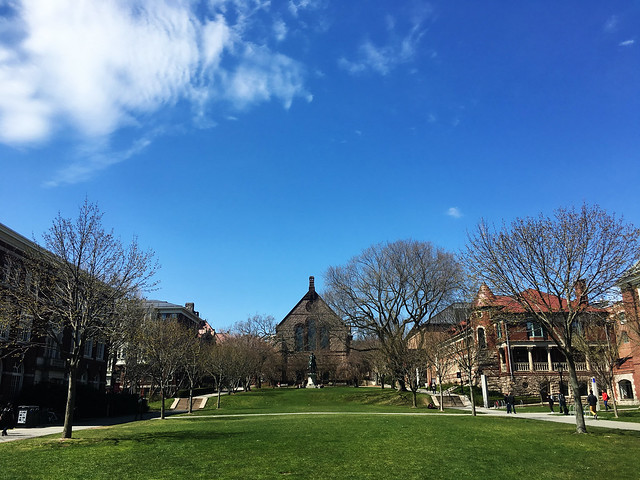 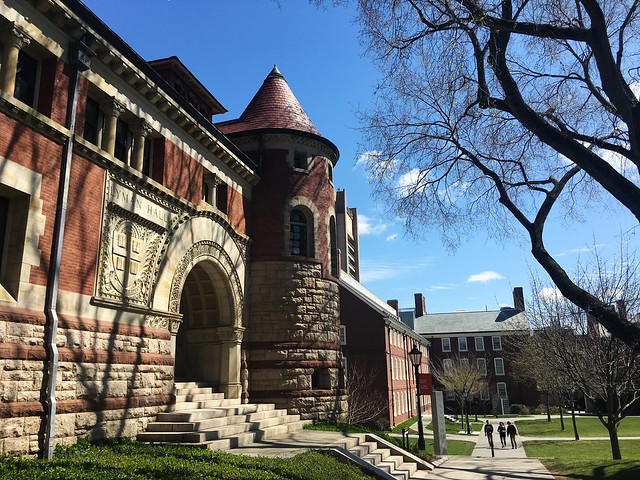 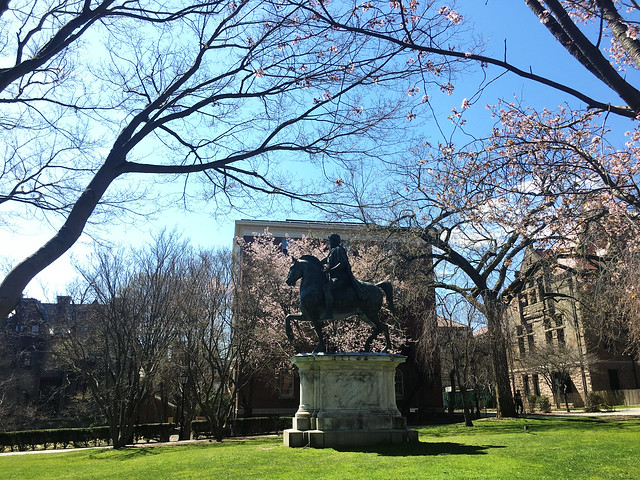 A few hours later, we found ourselves in the Providence Athenaeum. It was filled with books from top to bottom, with small wooden stairs and chairs around every corner for one to sit down and read a random book. Edgar Alan Poe used to frequent this establishment, back when he was courting a Providence woman! 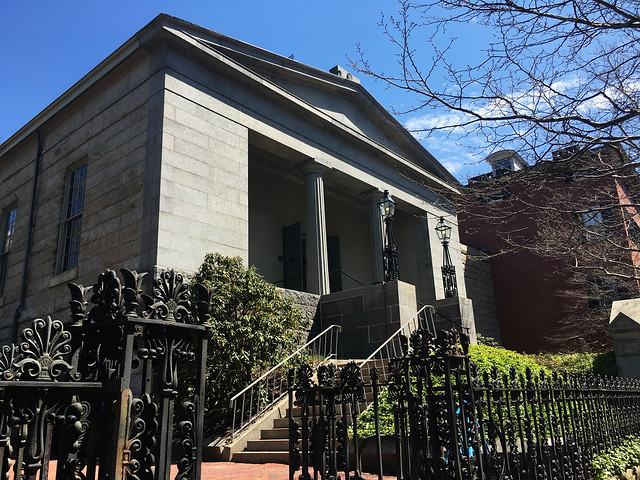 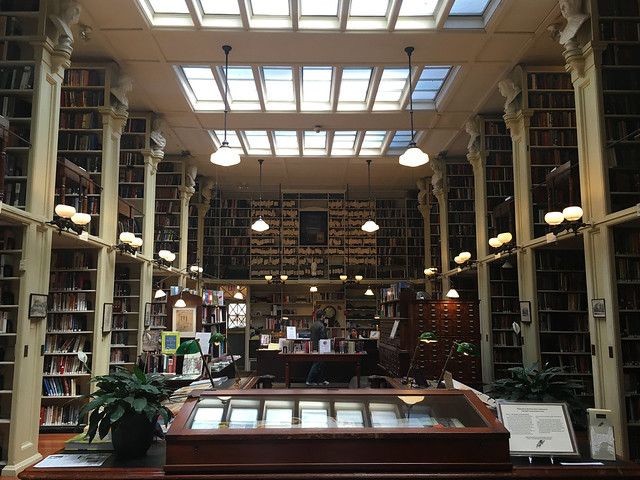 Walking around the College Hill neighborhood, where both Brown University and the Athenaeum are located, we noticed a sign pointing out to “John Brown House”. Curious, we decided to have a look. It was a pretty, quaint house with a beautiful interior. We were given ipods to listen to as we explored the house, which told the story of John Brown and his family. Afterwards, we had a fascinating discussion with the receptionist about the Brown family, about the city, and about US history…comparing the different faces of the United States and its wonderful diversity. 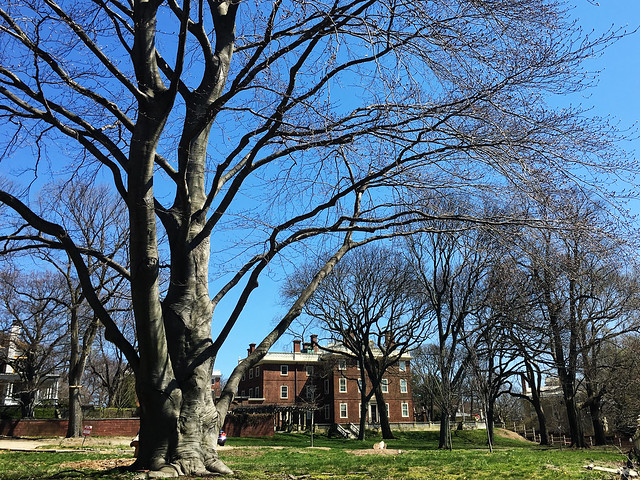 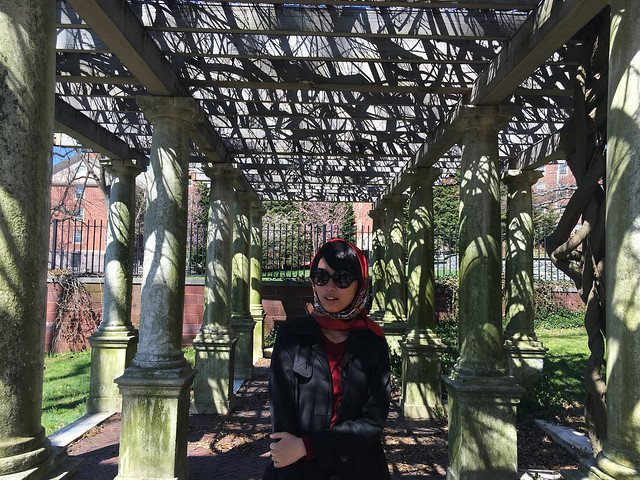 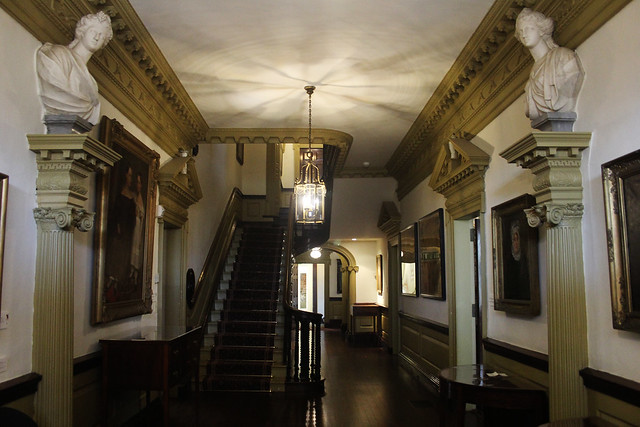 We still had some time left, so we walked around the neighborhood for a while. It was extremely peaceful, mostly silent except for the lively chirping of birds. We found a nice coffee shop in Down City (a wonderful area) and decided to sit there and relax. A few university students were studying there, and I wondered what it would be like to live here in Providence as a student. It would be nice, but at the same time a little quiet. 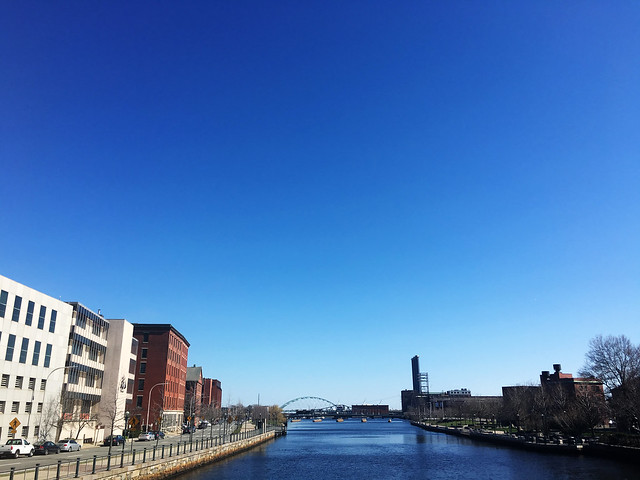 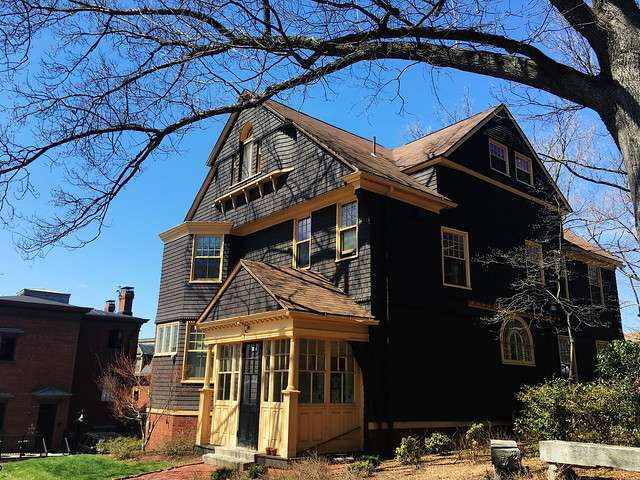 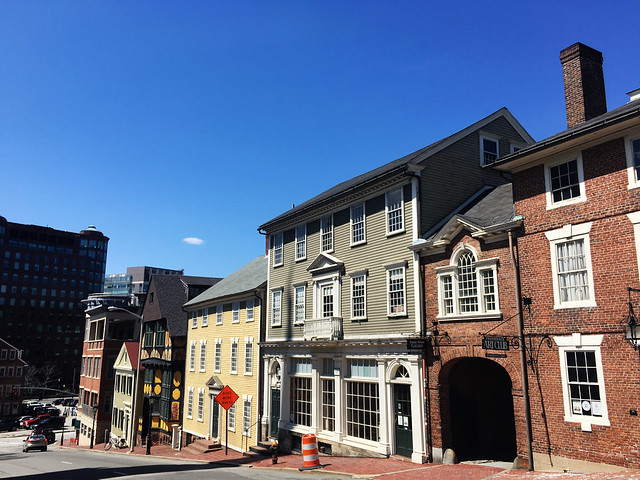 Soon, the time came for us to leave. We boarded the train once again, this time back to Boston, and arrived there just after nightfall. As we walked towards our hotel I felt the same feeling I always get whenever I come home from a trip: glad to be home and a little sad that the trip was over. It was a little different, though, because we were still in Boston, still on a vacation!