I remember looking at the Moroccan map and discovering that Essaouira and Marrakech was quite far from each other. Essaouira was located at the Atlantic coast, but Marrakech was closer to the mountains and the desert. So how could we go there without driving?

Luckily, Morocco is a very touristy place. There are a lot of tours to and from Marrakech, and it wasn’t long before we found a day tour to Essaouira conducted by Ando Travel. We made reservations with the agency in advance and also booked a trip to the Sahara with them as well. Read more about our Sahara desert experience here. 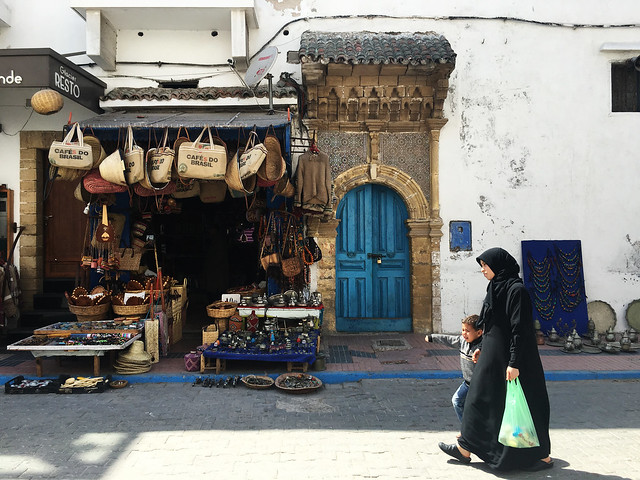 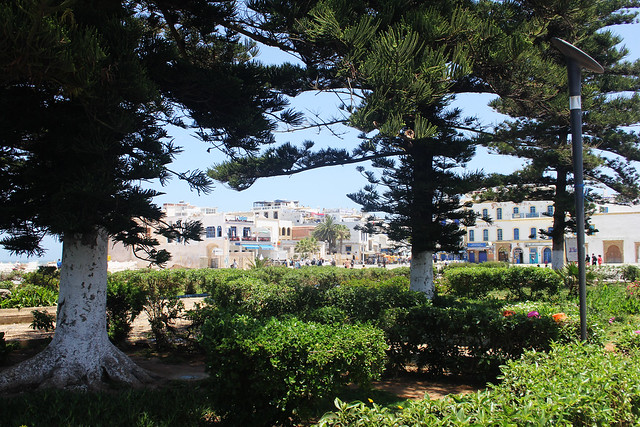 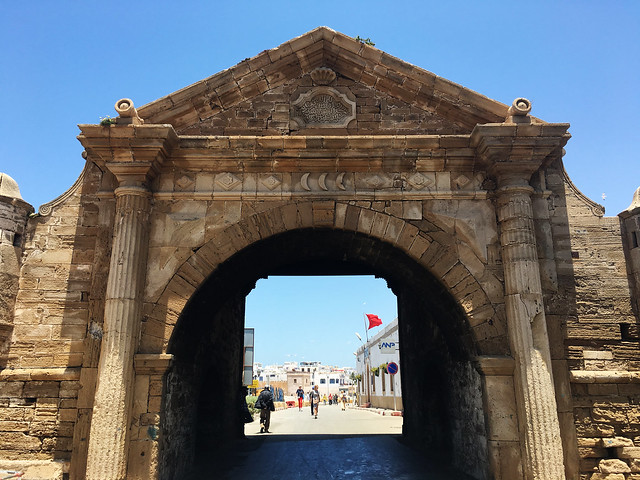 The agency picked us early Sunday morning at our hotel and we set off to Essaouira. The drive took two hours. The van was equipped with air conditioning and plush seats, so it was comfortable. Looking at the stretch of road ahead, I noticed how different it looked from American highways. Here, people and goats crossed the highway at will, and the cars stopped to accommodate them. Once, we saw a tree full of goats. We had to pay ten dirhams to take a picture, but it was worth it! After all, ten dirhams was only a little more than a dollar.

The driver took us to a little compound called the Coopérative féminine Marjana an hour away from Marrakech. There, we saw how Argan oil products were made. I noticed that all the workers were women and when I asked about it, they explained that it was a business that supported working women. They took us around the place and described in detail how they harvested the Argan tree. The women showed us the final Argan products: facial oil, soap, even honey to eat! 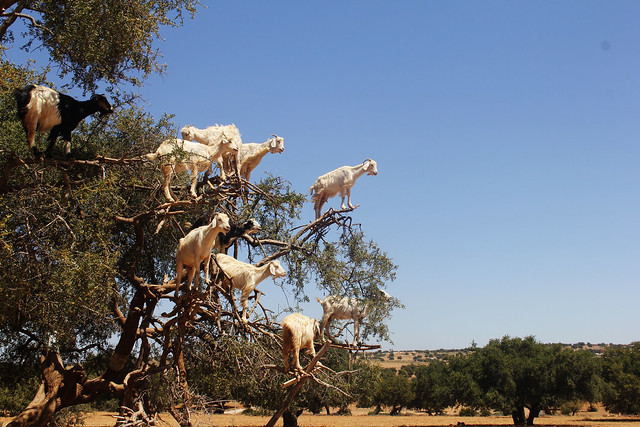 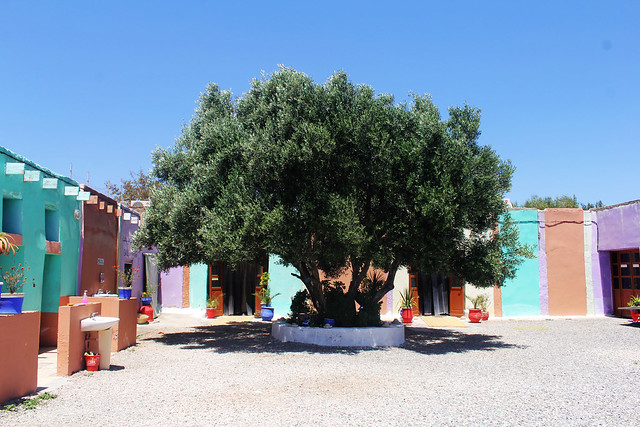 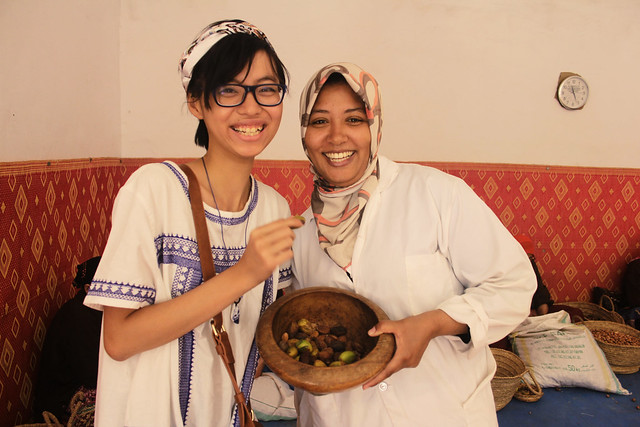 Afterward, it was just a short drive to Essaouira. We were given five hours to explore the city, and the group would meet together in the parking lot in front of the ocean when the time was up.

The first thing we did was visit the ramparts. For those of you who watch Game of Thrones, the rampart might seem familiar from appearing so many times in the TV series. The ramparts served as a trading port, and is now a historical monument. We climbed the rampart and found ourselves enjoying it very much. It was an otherworldly experience to stand tall with the wind whipping against my face, with the seagulls flying around me, and with the Atlantic stretching as far as my eyes could see. 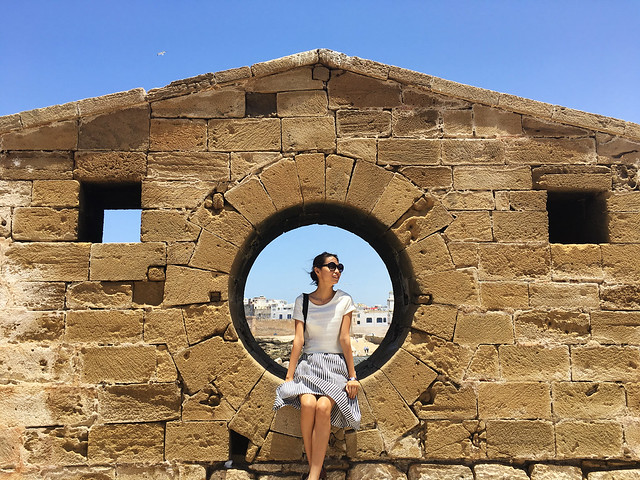 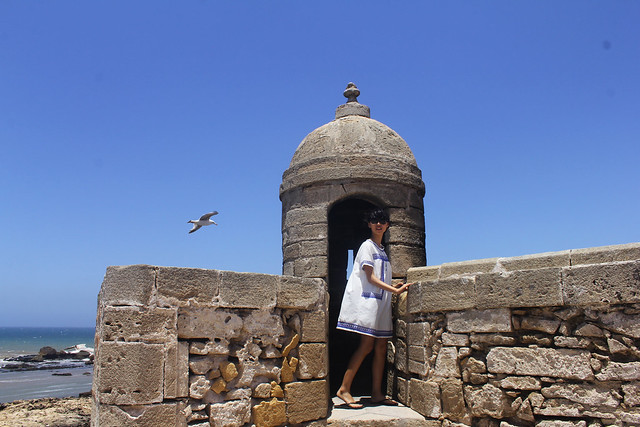 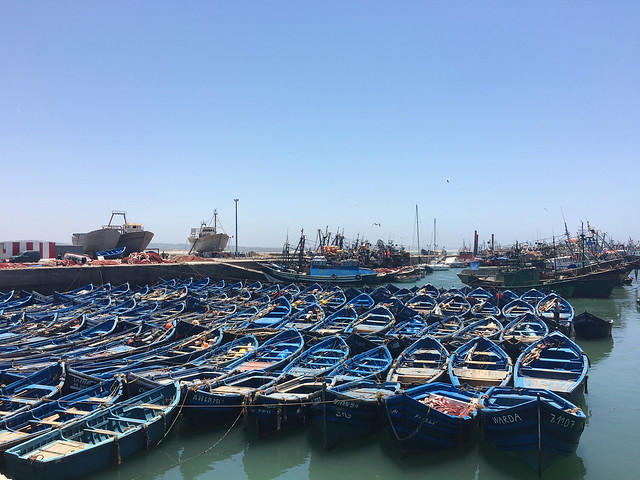 Because it was Ramadan when we visited, a lot of restaurants were closed, but we still found one easily. After lunch, we walked around the Medina. There were shops selling everything, from shoes and bags to wood carvings and colorful rugs. For a few hours we explored the old city, getting lost in its mazelike streets and alleys. It was a pleasant kind of lost, because everyone was ready to give directions whenever we asked. We played with local cats, took pictures, talked to locals, and admired the blue-and-white buildings around the city.

When the time came for us to return, we made our way back to the parking lot and drove back to Marrakech, stopping once for a coffee break. The driver dropped us off at the Jemaa el-Fna Square and we went to a rooftop café to see the sunset. While waiting for our tea and tagines to come out, we talked about the differences between Essaouira and Marrakech.

They were very different cities. I noticed that people in Essaouira spoke less English than those in Marrakech, so a knowledge in French or Arabic was very helpful. Essaouira was also significantly colder than Marrakech, and I would recommend bringing a cardigan or a scarf. Last but not least, the color scheme was completely different: Marrakech was a landscape of reddish browns while Essaouira was a city painted white and blue. Despite the differences, however, both cities captured the Moroccan spirit beautifully, and I would recommend going to both places when you visit! 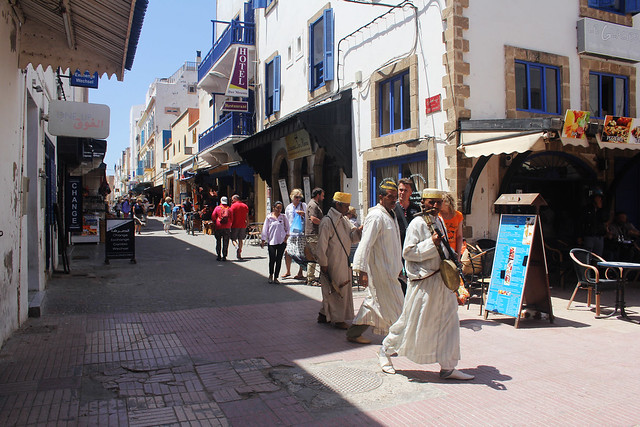 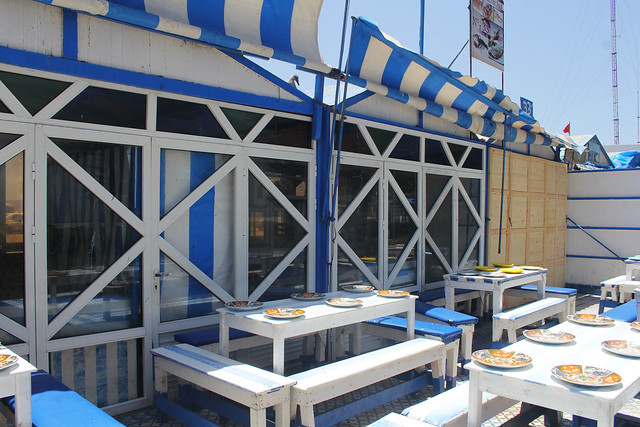 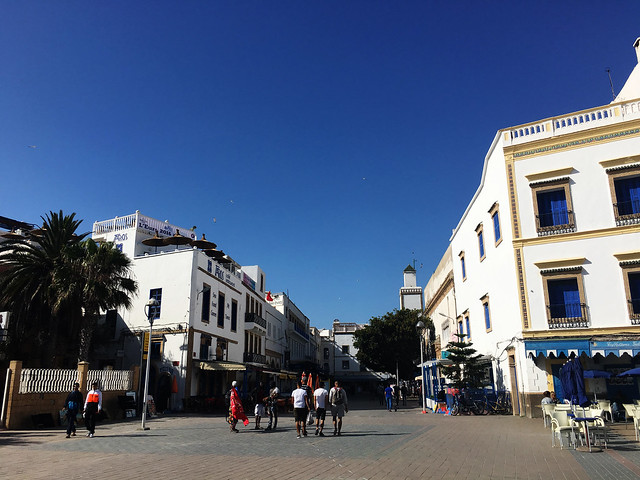 33 thoughts on “Essaouira: The Fortress by the Atlantic”