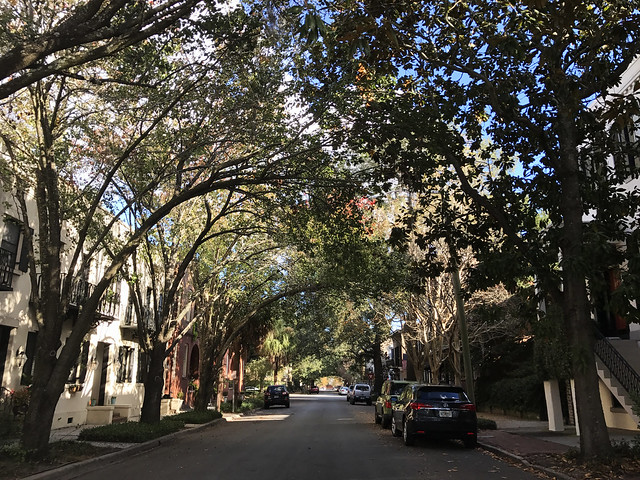 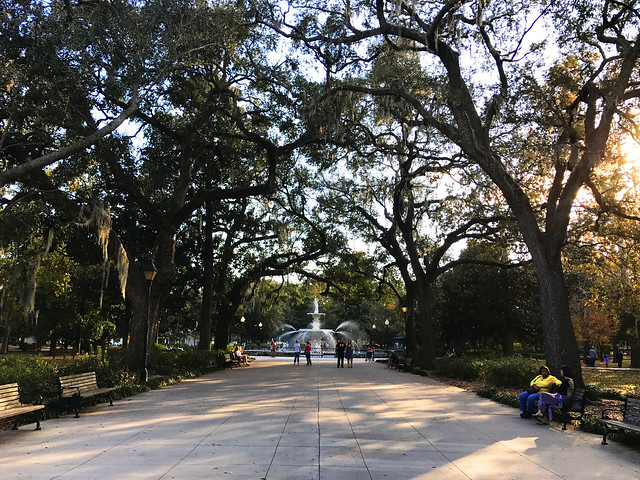 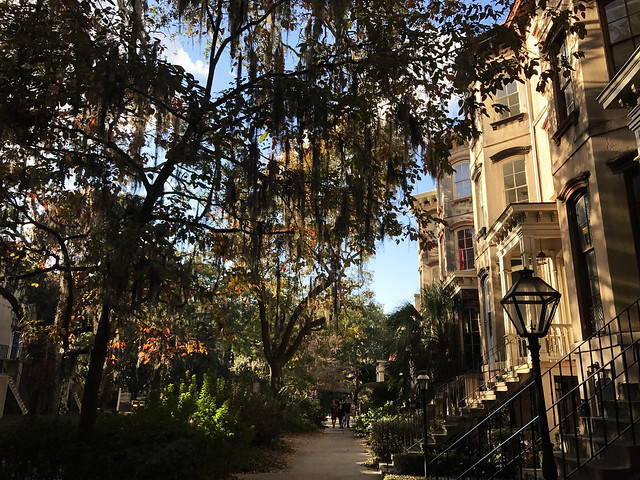 Savannah is a small city by the coast in the state of Georgia. It is peaceful and very, very green, even at the end of November. Before we went, we would look at pictures of Savannah’s many parks, the gnarled live oak trees and the spanish moss hanging from its branches, as well as beautiful historic buildings. What we encountered there was much more mystical…but sadly we can’t completely capture its beauty on camera. 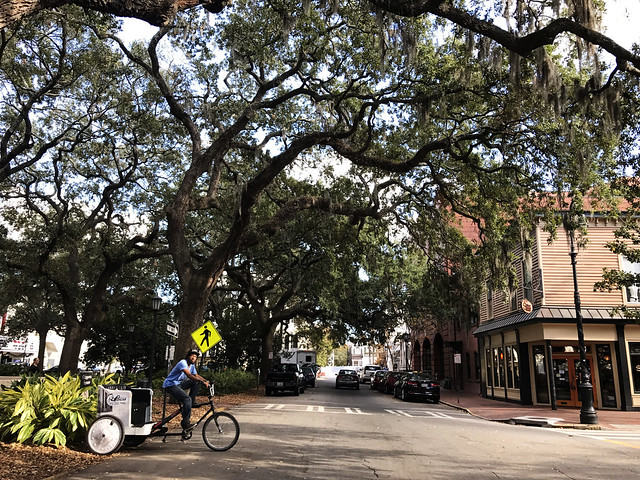 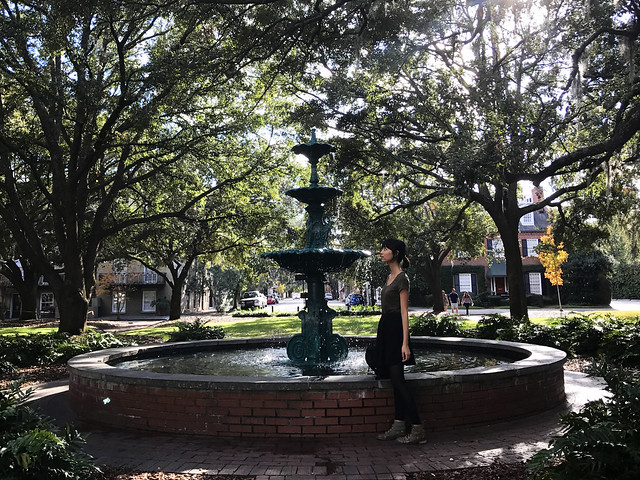 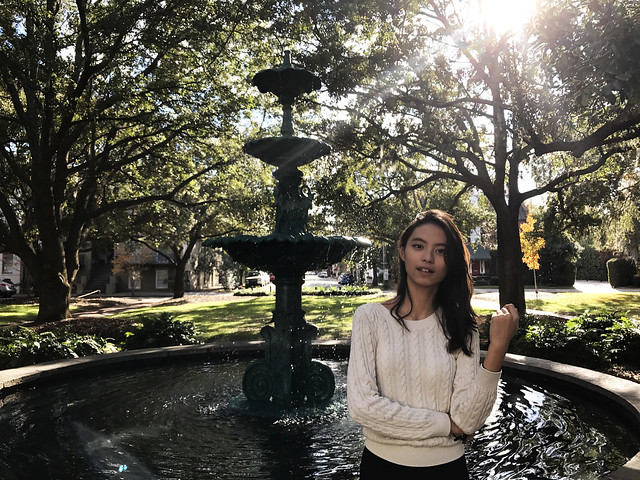 One very cool thing we discovered was that the sidewalks were fortified with oyster shells. At first we thought they were lighter-colored stones, but no – they were shells. Some of the walls of the buildings also had these oyster shells, but most of them were made of brick. 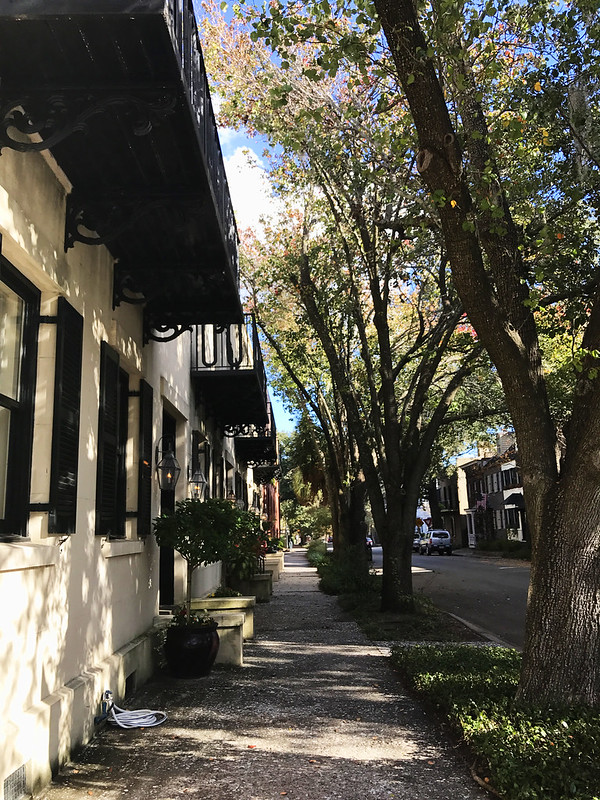 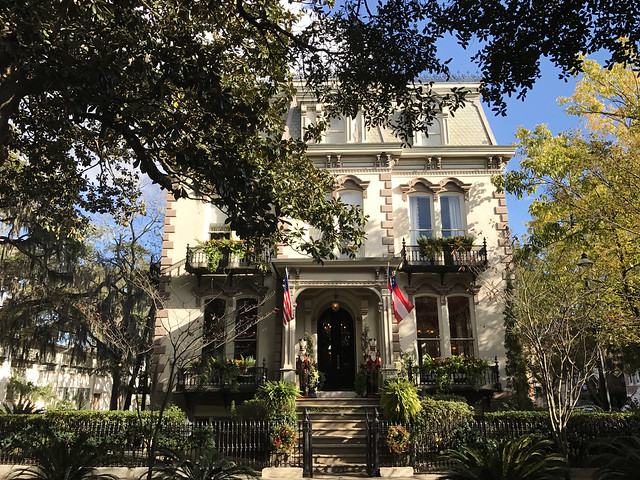 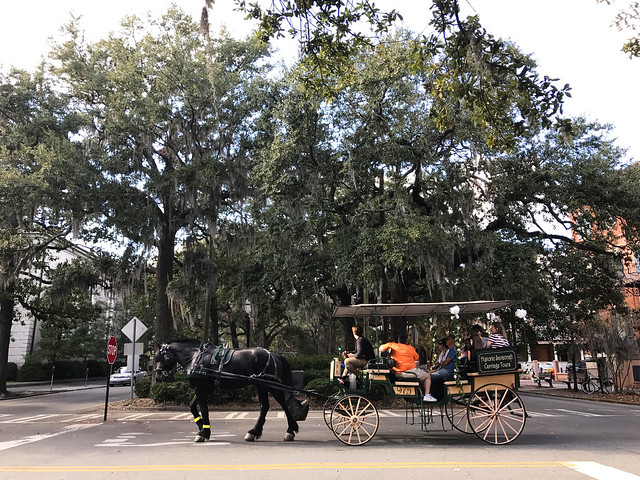 There isn’t much to say about our day in Savannah, except that it was very relaxing. We strolled around the city, stopped by around 10 parks, walked down River Street, talked with people and ate good food (after Savannah and Charleston, we developed a liking for Southern food). We visited the famous Forsyth Park, the Cathedral of St. John the Baptist, and Chippewa Square (where Forrest Gump sat). 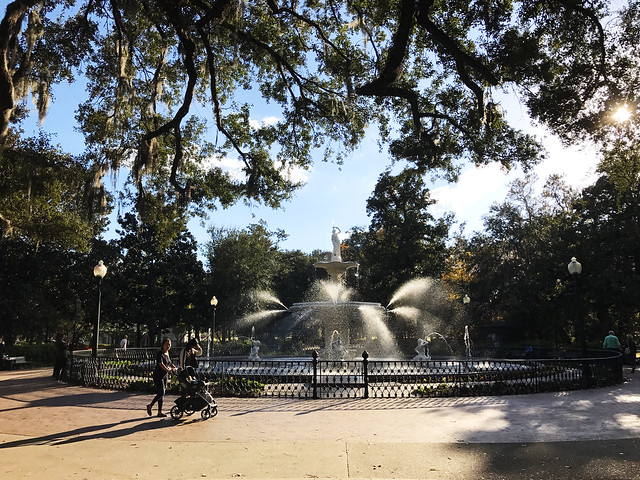 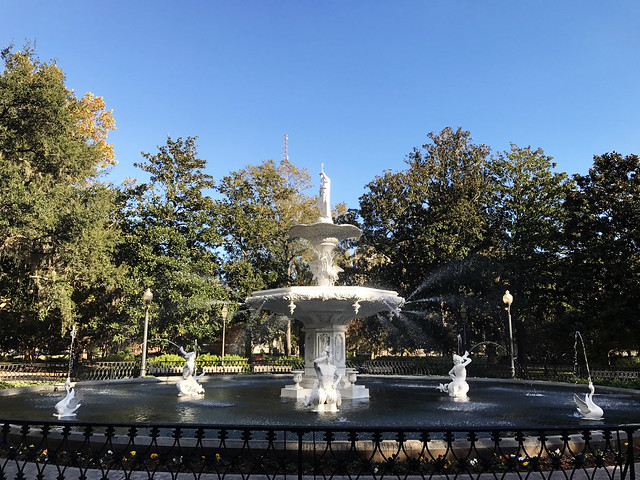 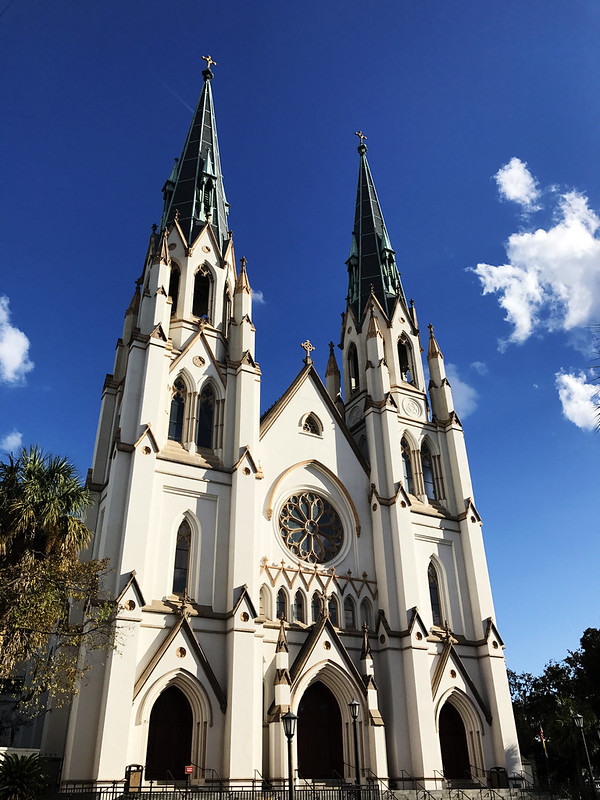 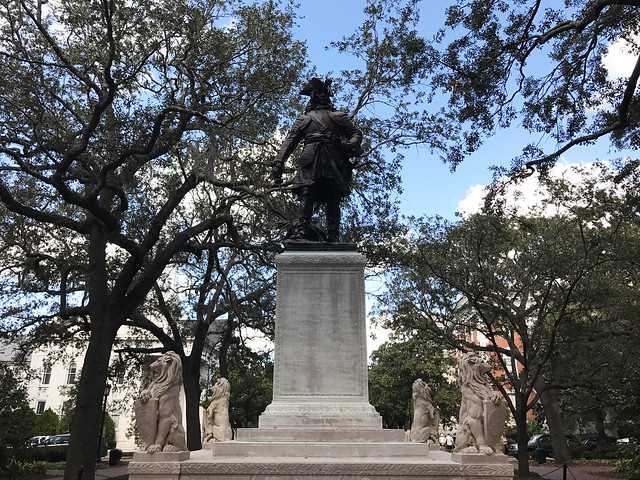 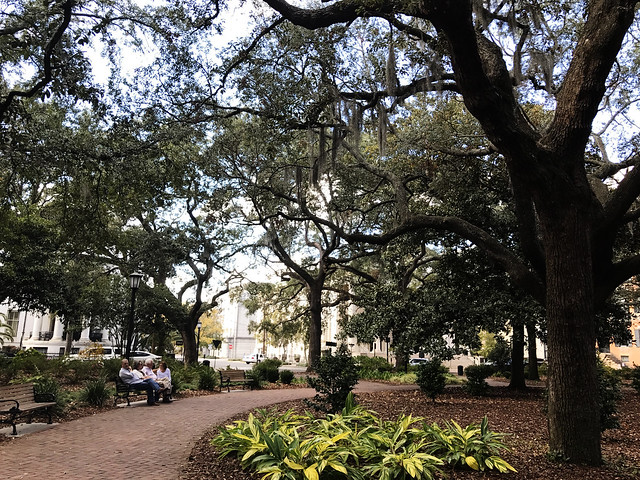