You voted for Savannah and Charleston when we asked you where to go next within the U.S., and we heard you! Last Thanksgiving, we went to both cities. Read about our day in Savannah here. 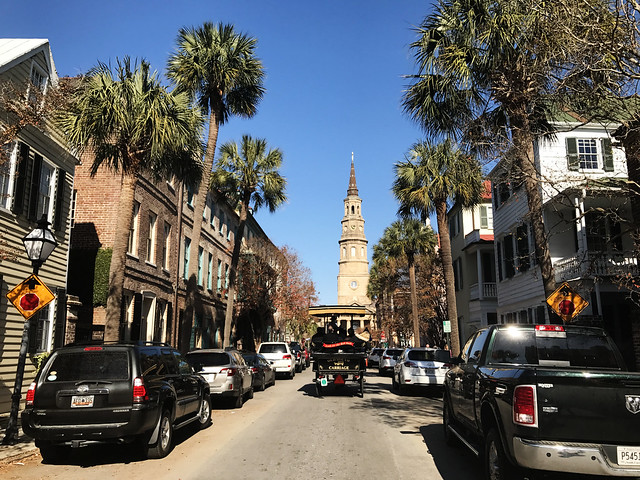 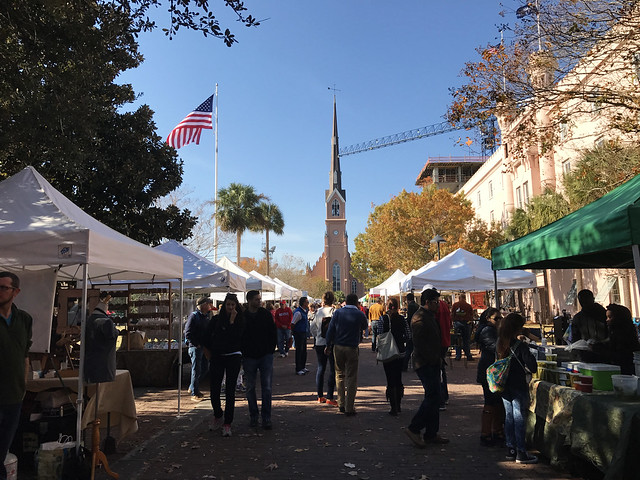 We went to Charleston on the second day of our trip. Very early in the morning, we went to the train station in Savannah. It was old-fashioned and only had two trips scheduled for the day. The train we boarded was new, but there were old and noisy train on the rail next to it with boxes after boxes of whatever it was transporting. The ride to Charleston took a little more than an hour; I spent it reading and looking out of the windows.

When we got to Charleston, the first thing we did was find lunch. I noticed that the food was exceptional. We had fish, crabcakes, shrimp, grits, hushpuppies, cornmeal…the Southern staple, one waitress said. Look at the pictures below and you’ll see why we elaborate so much on it. 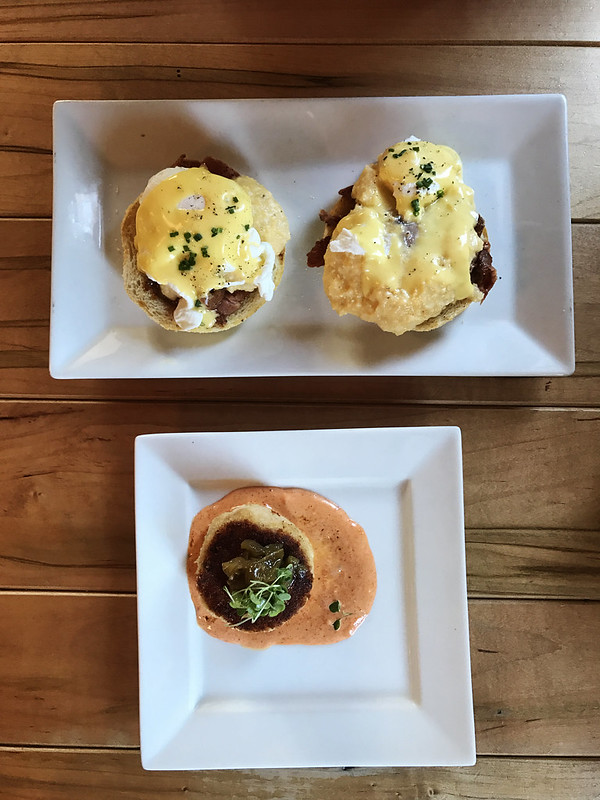 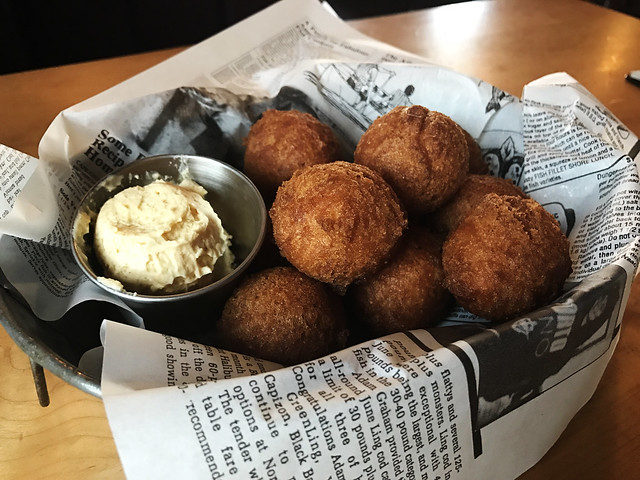 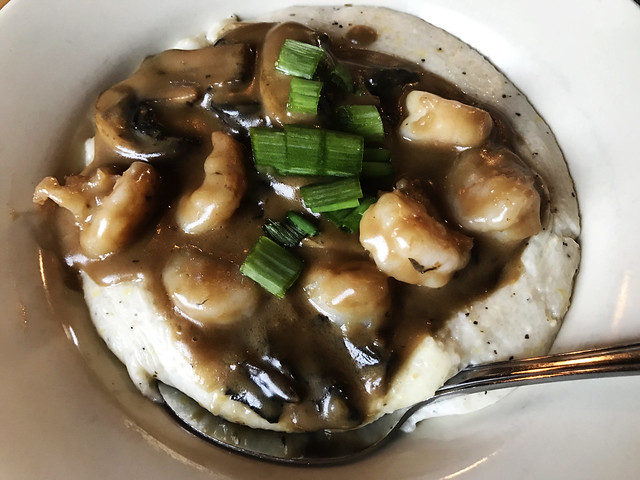 We spent most of our days going around the city, memorizing the roads and discovering little things that were beautiful and fascinating. There were rows of houses painted in bright colors (one was hot pink)! There were ladies weaving baskets from sweetgrass and little boys selling grass they fashioned into flowers. 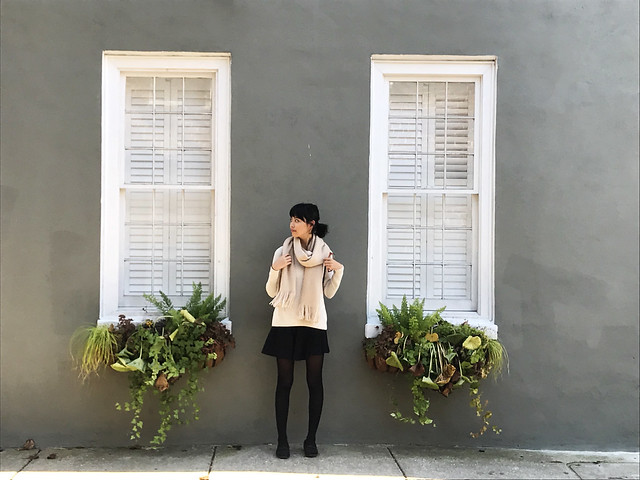 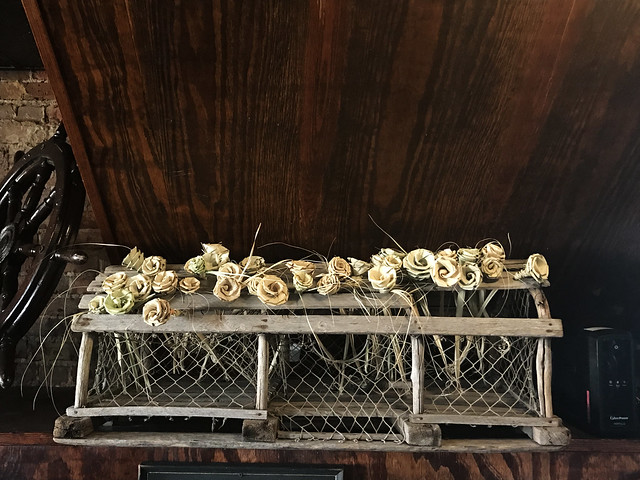 As the name suggests, the Rainbow Row is a line of brightly colored houses in the historic district of Charleston. With the blue sky and wisps of white clouds, it looked like a scene out of a storybook. Throw in a horse carriage and it became a truly magical. After walking down Rainbow Row, we took a stroll by the river and found ourselves in Battery Row. It is an affluent neighborhood in Charleston with plenty of lovely houses. We saw the hot pink house here! 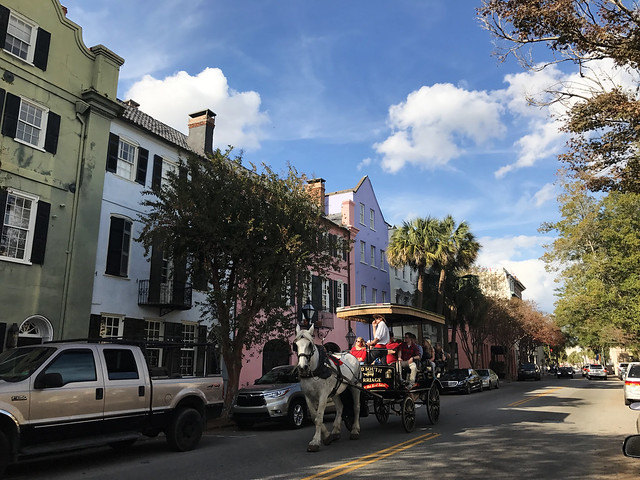 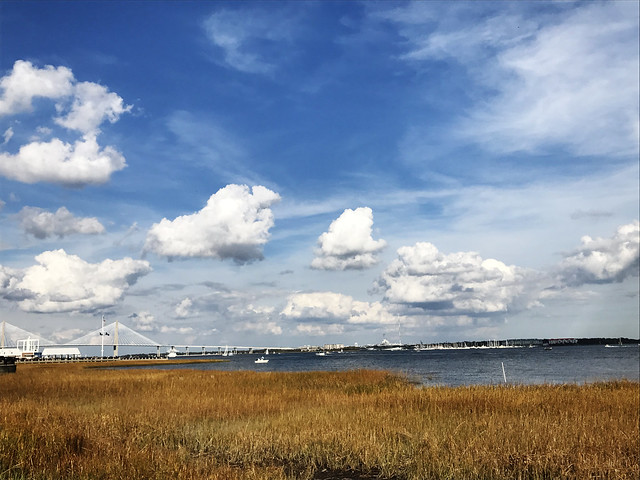 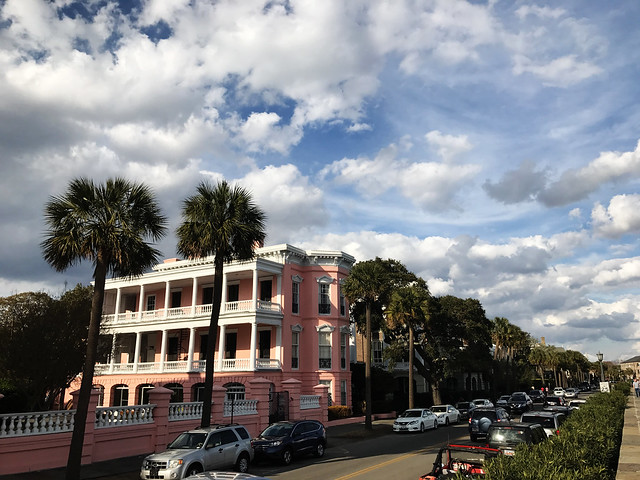 King Street is where all the food and shopping scenes are. There are retail stores, family-owned businesses, praline shops, bars, and great restaurants, one after another in a seemingly never-ending line. Everything is brightly colored; from time to time, a horse-drawn carriage would rumble past. A block away is Meeting Street, which also had a lineup of great restaurants and shops. 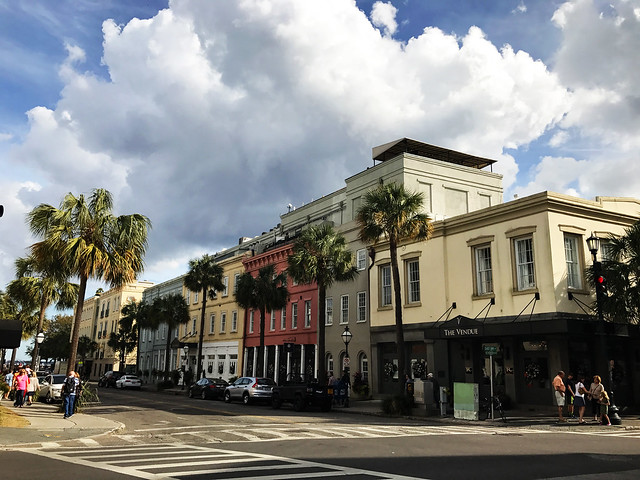 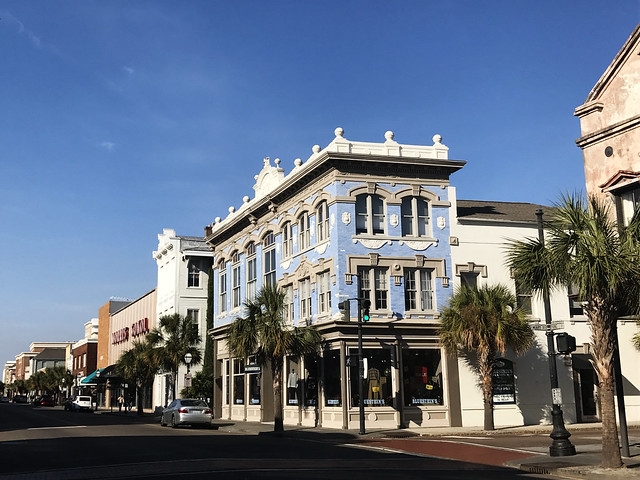 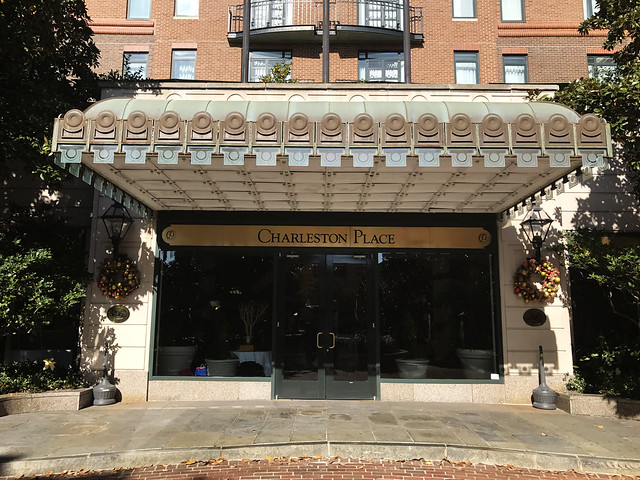 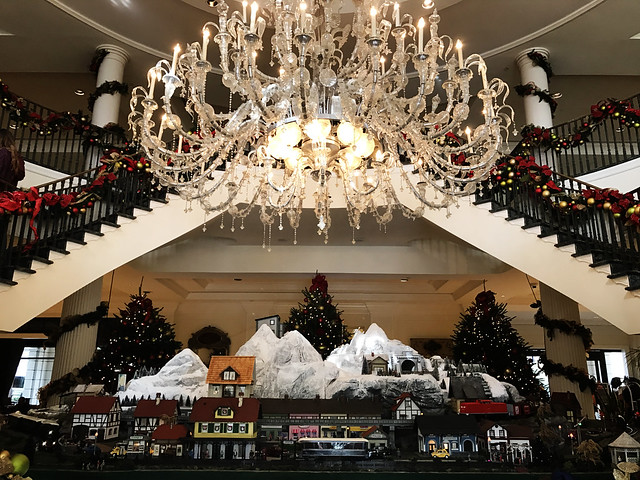 The Charleston City Market is one of our favorite spots in the city. It was built in 1804 and to this day remain the heart of the city. There were always ladies weaving sweetgrass baskets, horses (and passengers) waiting for the next ride, and plenty of people enjoying the great food there. 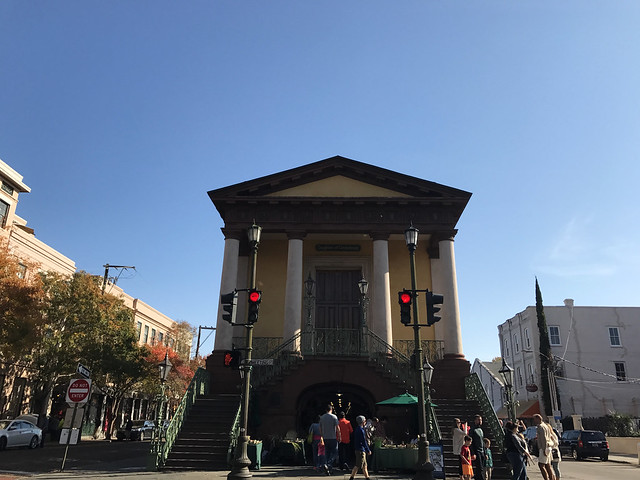 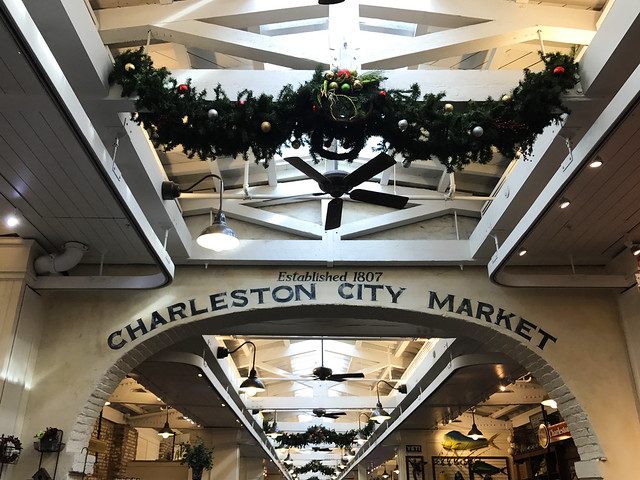 Magnolia Plantation and Gardens is Charleston’s most visited plantation and it is easy to see why. It is well-preserved with acres of beautiful marshland, rice field, and gardens. We went a little before sunset and the view of the plantation, basked in gold and red, was truly magical. Take a look at more of our pictures here. 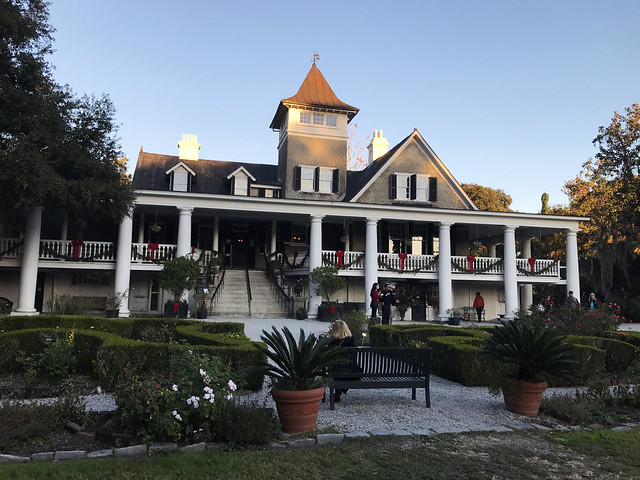 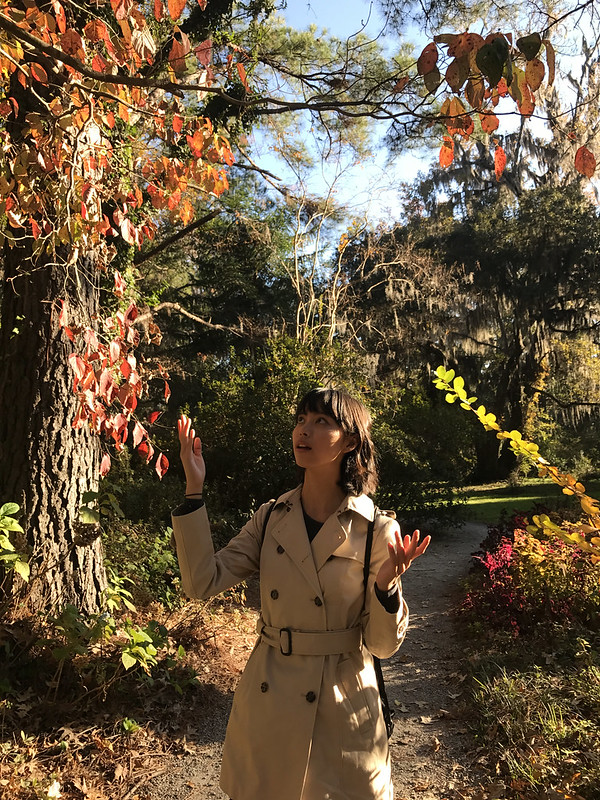 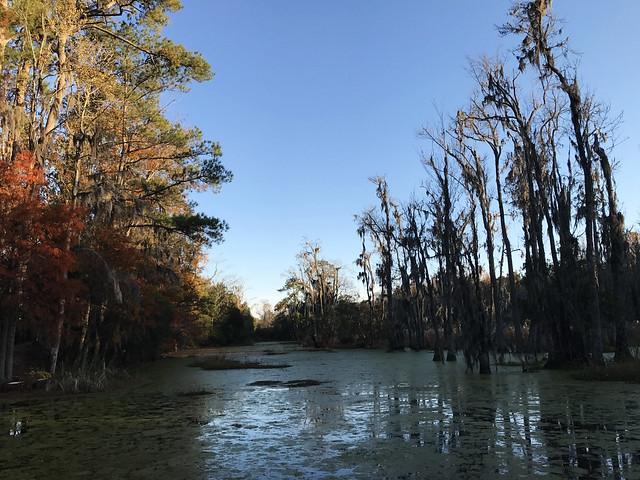