How can Sapporo get any better? It has beer, it has mountains, it has an abundance of exotic food! While we were reluctant to go at first (located at the same latitude as some Russian cities, it was bound to be freezing), we now understand why Sapporo has emerged from its quiet rural existence and become one of Japan’s newest hot destinations.

We arrived in the evening after a two-hour flight from Tokyo. The train tracks were partially covered with snow, which came from a blizzard the day before. Icicles hung on the underside of the arched roofs, making a lovely tinkling sound as it fell to the ground. We trudged in the snow with our suitcases, breath misting in front of our faces as we searched for our hotel. After a brief check-in, we bundled up in our newly purchased UNIQLO winter coats and headed out. It was in the middle of the night and it was bitter cold.

Thus our adventure in this northern land began. 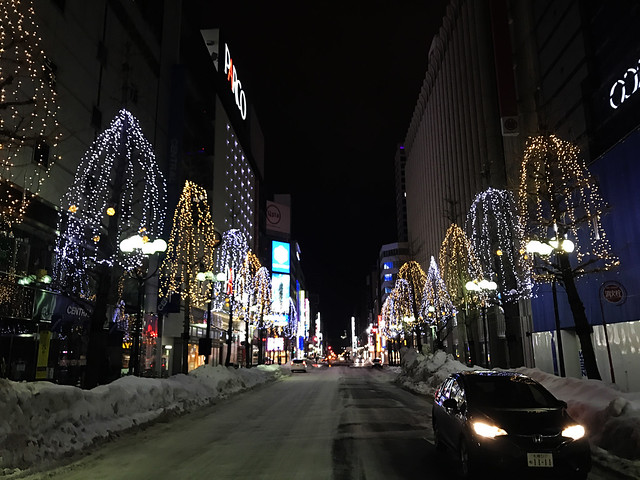 We have to note that Sapporo is worlds away from Tokyo. Located on the island of Hokkaido, it possesses a very different kind of people and culture. A family friend who was born and raised in a tiny village on the northern part of Hokkaido told us stories of how he used to eat horse sashimi and seal, and didn’t get his first taste of beef until he moved to Tokyo when he was eighteen. We were at a small seafood restaurant in Sapporo at that time; his stories painted pictures and made us think in awe of the city and the island’s almost magical charm. 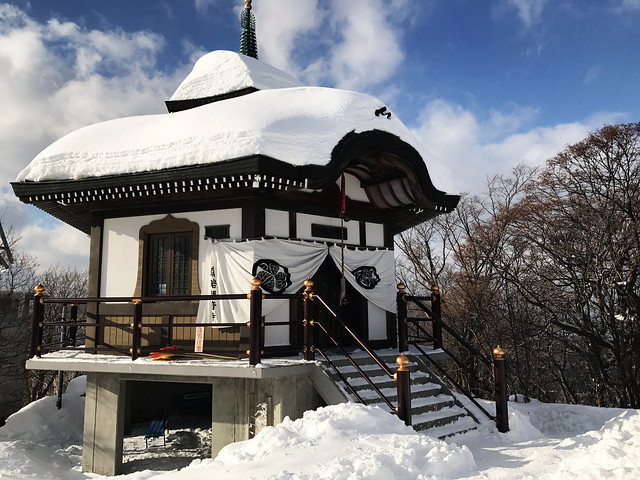 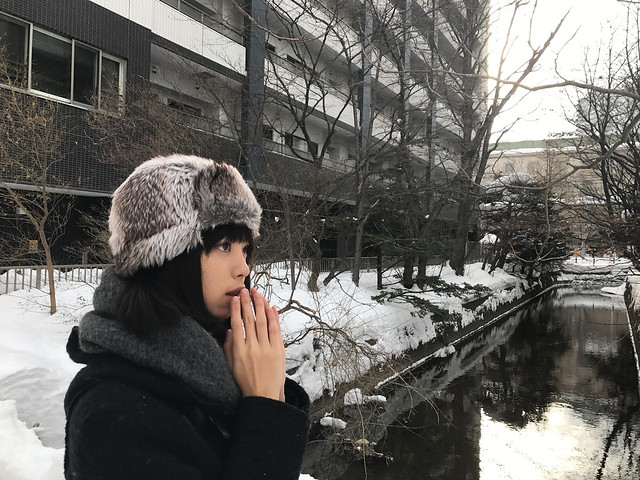 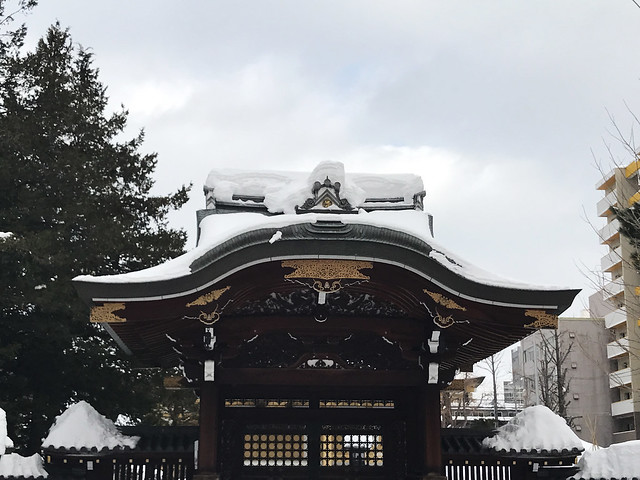 Maybe it was because it was very cold, but the food we discovered in Sapporo was among the best we’ve ever had. The ramen we ate on our first night was superb, warming us straight to our cores (we had to wait half an hour in the snow to get in, but it was worth it). Keep an eye out for a special post on Hokkaido cuisine in the coming week. Hint: there will be a lot of delicious, exotic food. 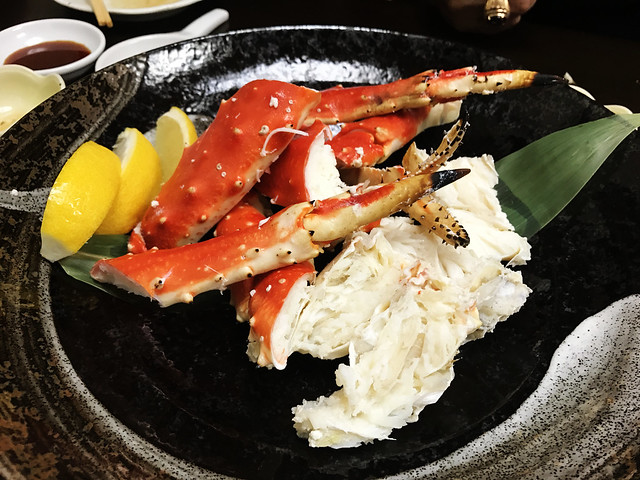 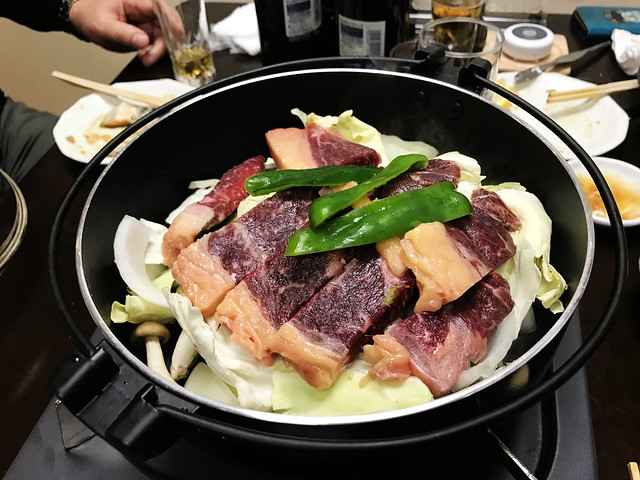 Mount Moiwa is famous for its beautiful view, cable cars to the summit and ski resorts. Snow in the mountain was thick, smooth and endless like a blanket draped over the ground. Unlike the yellowish piles we saw on the city, it was pristine white and crumbly to the touch, perfect for a snowball fight or a snowman. 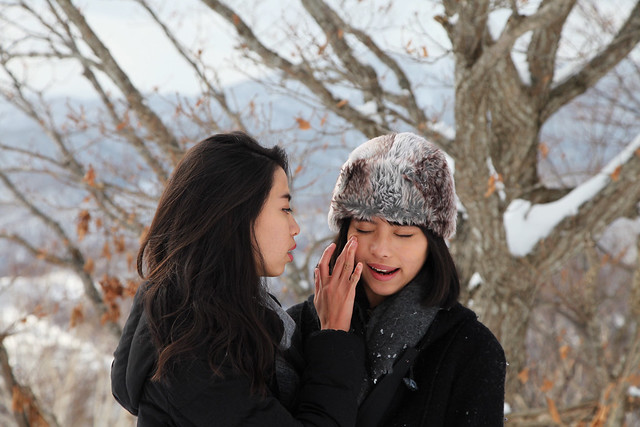 So we did just that. We made snow angels and had a mini snowball fight with our little sister. As Indonesians born and bred, we weren’t very good at molding snow so we ended up making a snow Totoro instead of investing hours to build a snowman that would look horrible. We called it the Snotoro. 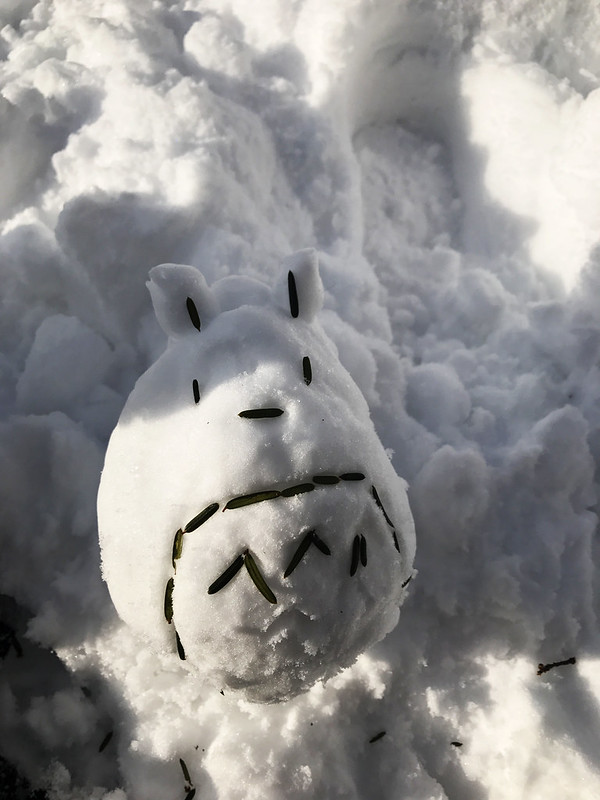 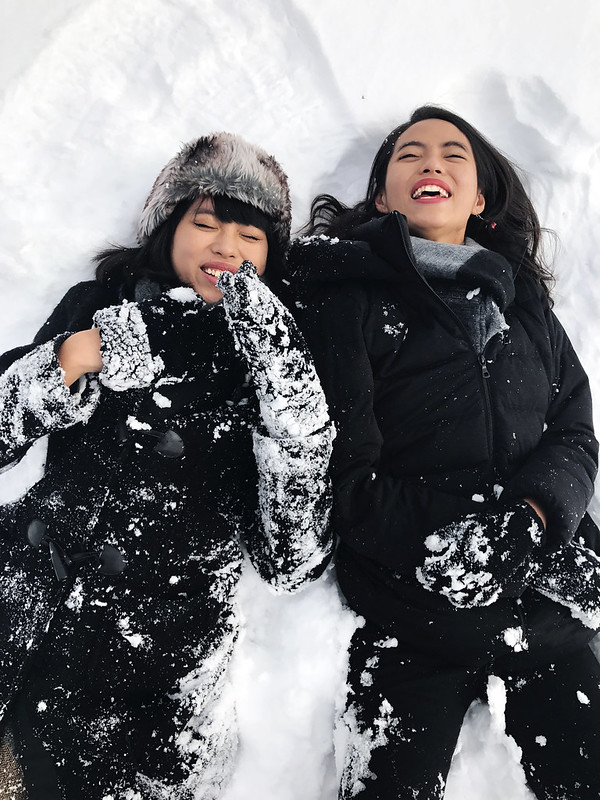 At the store we found cans of bear and seal meat, a staple in Hokkaido long before it joined Honshu and Kyushu to form one united Japan. They were pretty good for canned food. After finishing our sake, we descended the same way we got up: with cable cars. The view from the top was amazing. On top of the highest trees we could see the mountains surrounding Sapporo, the city in all its glory and the blinding whiteness of all that snow.

MYPASSENGERDIARIES AND THE CHOCOLATE FACTORY

If you are planning to visit Sapporo, you have to visit the factories. There are factories so beautiful and fascinating, it makes more sense to call them amusement parks. Because we were traveling with our little sister, we figured it would be better to visit the chocolate rather than the beer factory.

Shiroi Koibito means “white lover” in Japanese. The factory specializes in white chocolate and a ridiculously beautiful factory/museum/amusement park combo. Outside snow was falling on top of the chocolate houses and gingerbread bridges. The lights were on and bubbles would rise languidly to the sky at intervals, only to be popped by the energetic children that made up the majority of visitors. 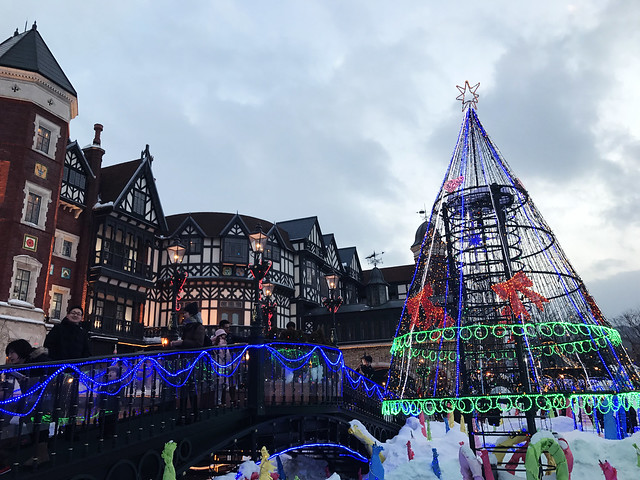 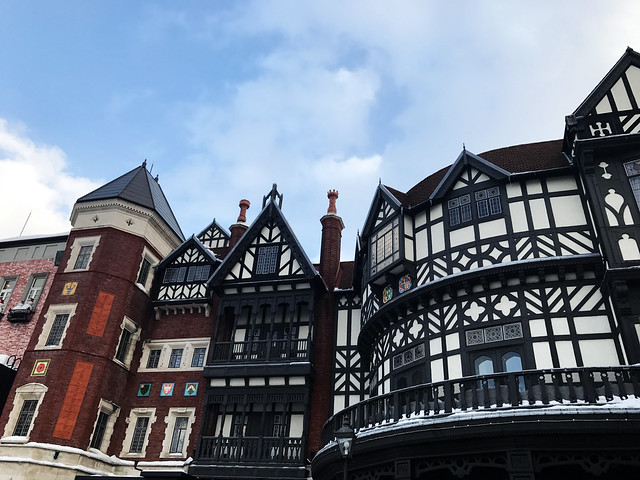 Inside the building was a museum, designed to mimic old European mansions from whence modern chocolate-making came. When we bought tickets to explore the museum and factory, they gave us each a tiny box of the sweetest, softest treat we have ever tasted in our lives. It was a creamy white chocolate layer sandwiched between two plain biscuits; it was paper-thin and each bite was heavenly. Needless to say, we got many more boxes upon our departure. 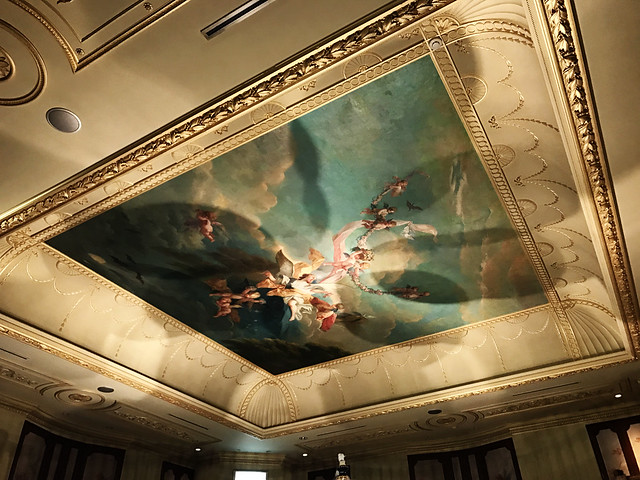 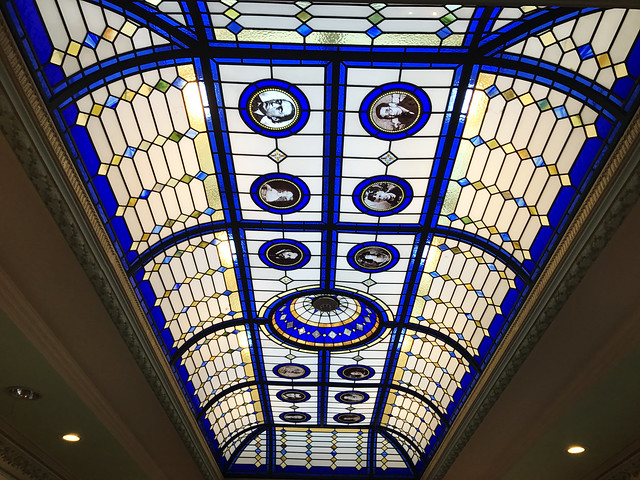 We could see the factory through a window. It was brightly lit and sparsely furnished, as all factories should be, but the walls were decorated with pictures and splashes of color. On the topmost floor were a do-it-yourself chocolate decorating shop and a huge chocolate-themed café; as we sat down and looked out of the windows, flakes fell on the ground and made us glad that we were inside. 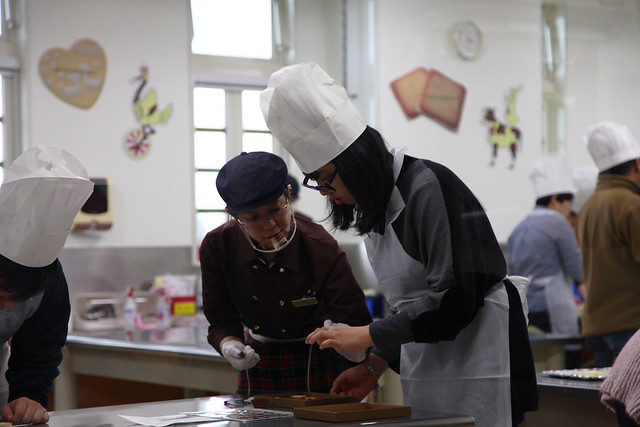 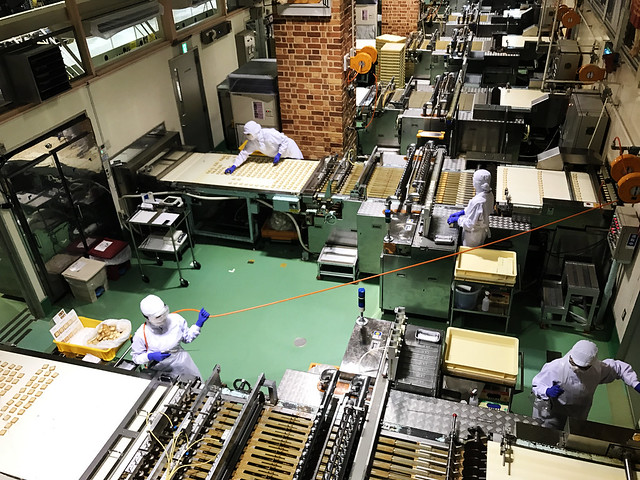 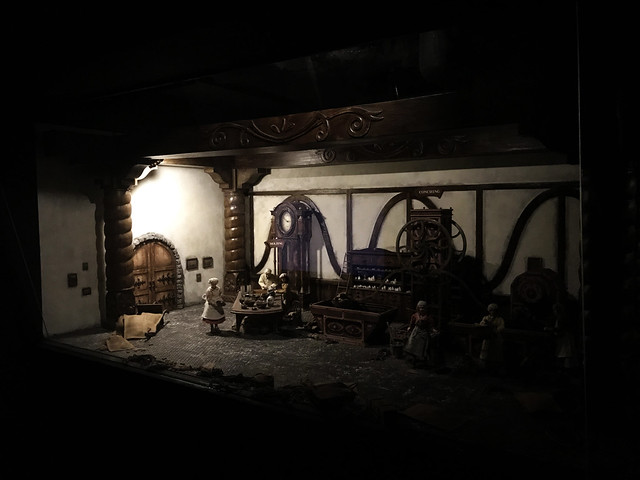 UP AND DOWN THE BOULEVARD

Sapporo has the kind of grid-like arrangement that doesn’t really echo the structure of other Japanese cities. We asked our family friend why it was so; we’ve only found such organized city planning in newer cities in the United States.

He began telling us the fascinating history of Hokkaido. It was separated from other parts of Japan until the 19th century, around the time the United States knocked on the door of the empire, which was at that time isolated from the rest of the world. Sapporo became one of the centers of science and learning in Japan as American explorers and scholars flooded into the city. Odori Park was constructed around this time, originally as a main street. Now it remains the heart of the city…even in winter, people gather to play, walk their dogs and enjoy roasted butter corn on the cob. 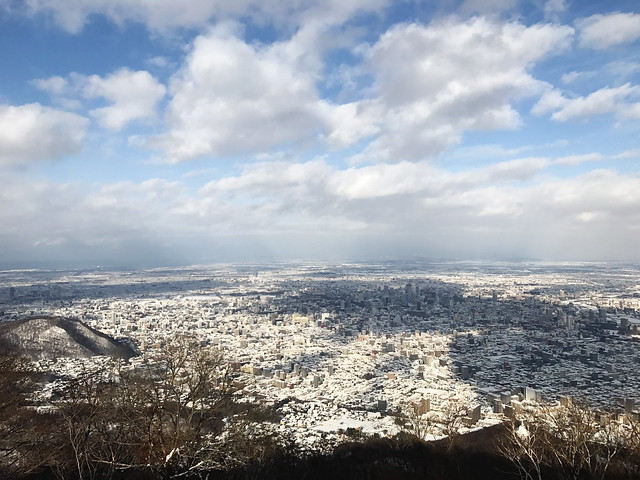 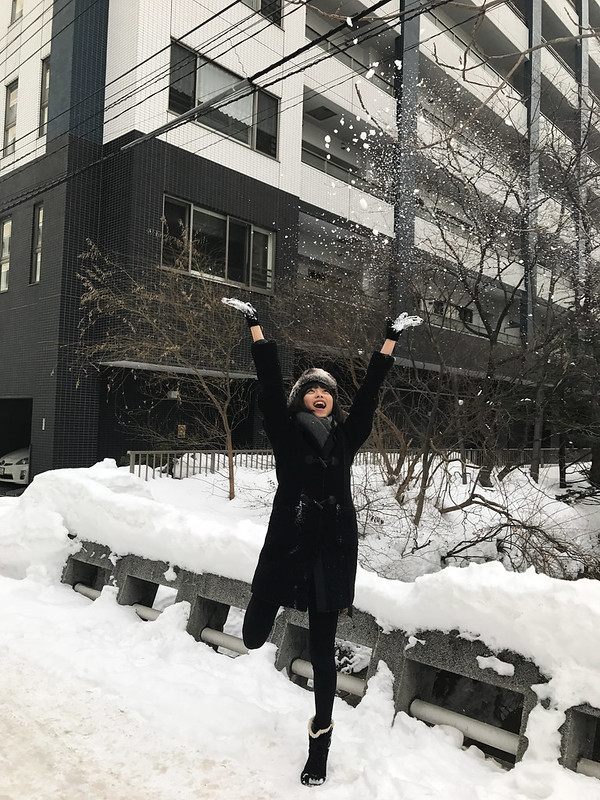 Throughout the city are hidden messages: a red star in the bottles of Sapporo beer, on flags and on historical buildings. This is a symbol of the Northern Star, used by the Hokkaido Development Commission during the city’s rapid expansion projects. The star is such an apt representation of Sapporo; it beckons like the Northern Star, summoning visitors from around the world to come enjoy what it has to offer.

12 thoughts on “Sapporo: What to do in Japan’s Northern Star”