We’ve all seen it before. The iconic Marina Bay Sands building set against an impressive skyline, water framing the scene and lit-up gigantic trees dotting the scenery. From postcards to Snapchat stories to Instagram photos, the Marina Bay is truly an irresistible force that just needs to be shown off.

But maybe you’re wondering: what’s it like to really be there, and not just seeing it through a screen? What’s it like up close and personal? That’s where we come in. We’ve visited the marina so many times before, but it never fails to impress us. Below are some of our favorite things to do! 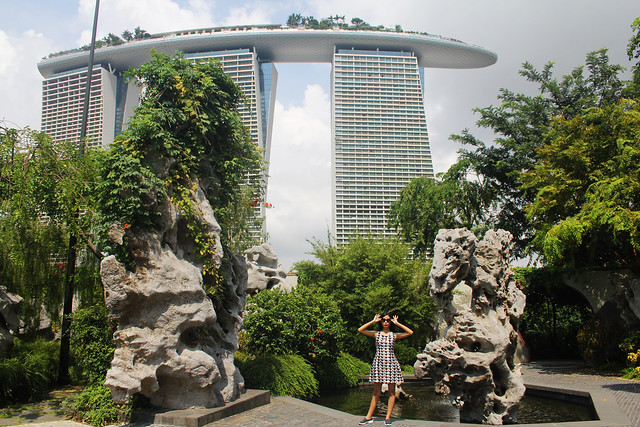 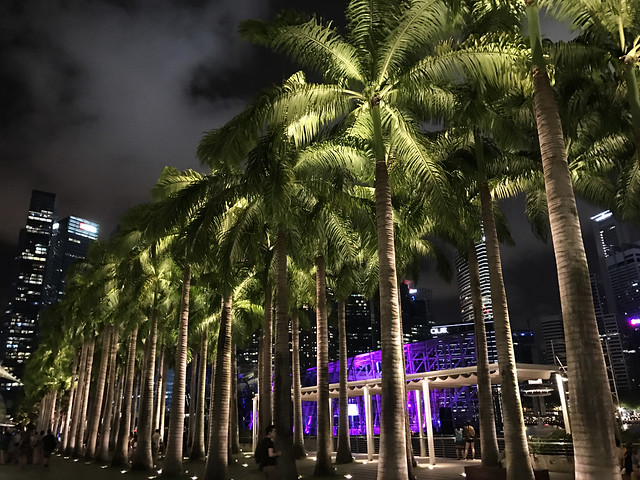 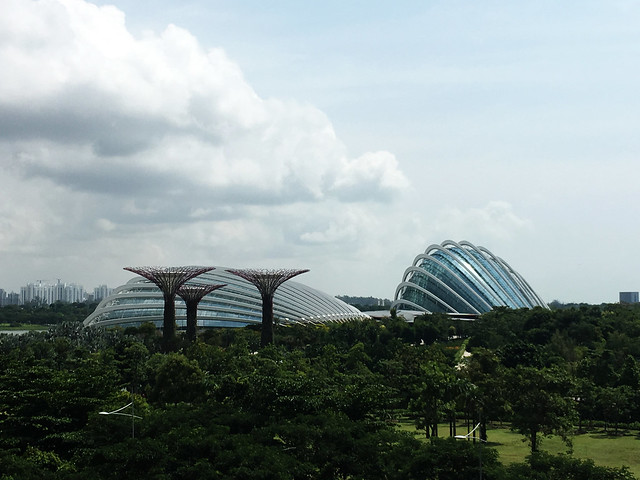 The Shoppes at Marina Bay Sands

We went to The Shoppes for the first time two years ago, when we came back to Asia after years of living abroad. It was clear the moment we stepped in that this mall was going to be an ultra-luxurious experience. With a canal at the ground floor, celebrity restaurants, and gigantic luxury boutiques (the world’s largest Louis Vuitton store is there), The Shoppes truly take shopping to the next level. Since then, we’ve always visited the mall every time we go to Singapore.

We always find ourselves spending hours- even a whole day- at the mall, marveling over window displays, eating gelato, or drinking tea at TWG teahouse (it’s everywhere in Singapore, but the Marina location is extra pretty). It’s always relaxing to stroll around the beautiful mall. 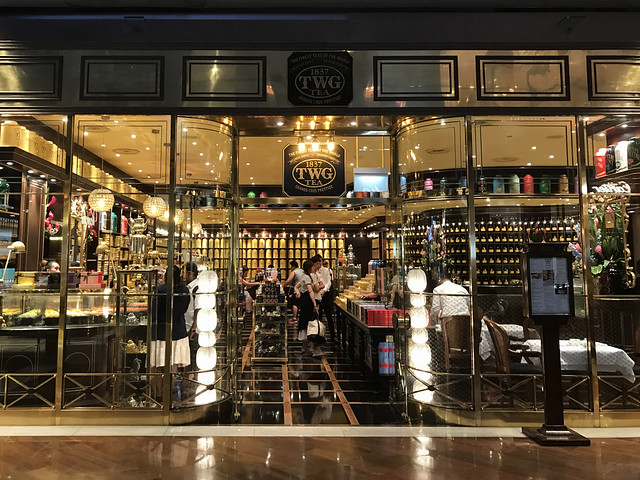 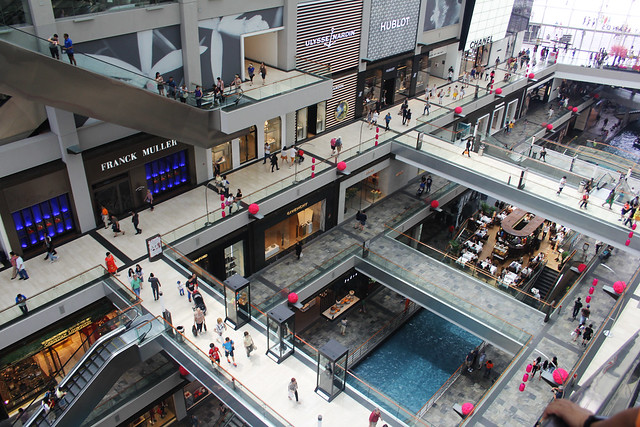 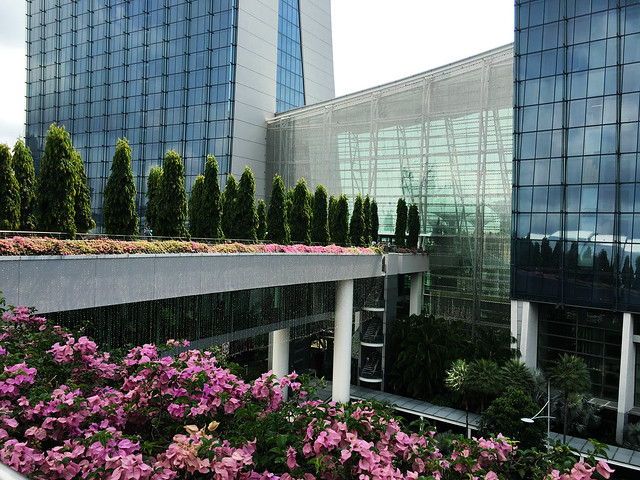 On Saturday nights, we would walk outside the mall to see a light and music show by the water. Hundreds of people would sit there, from couples to families, and we would all watch the beautiful show together. Sitting there among strangers and watching the fountains dance, we’re somehow always filled with an indescribable sense that all our lives are connected.

Looking at pictures online, the Cloud Forest looks like a scene from a futuristic movie or a ride at an amusement park. In person, it’s even more fantastic. The giant waterfalls create a refreshing mist that makes the exotic tropical plants flourish. Orchids, ferns, flowers and strange-looking pitcher plants bloom side by side under the glass sky.

We took an elevator to see the “forest” from a higher vantage point. There were walkways suspended mid-air, and they make us feel as if we’re walking in a giant forest in a different planet. Think Pandora from the movie Avatar. It was a surreal experience. And also a little frightening- at one point we were too scared to move because we realized how high it was! 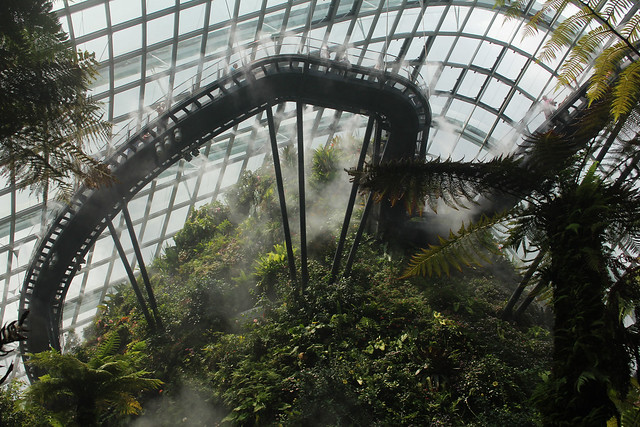 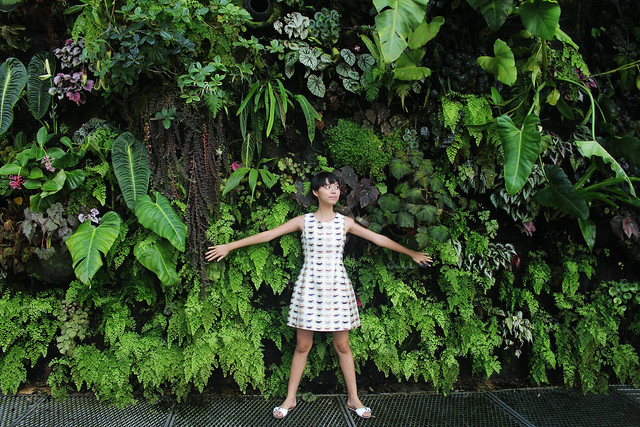 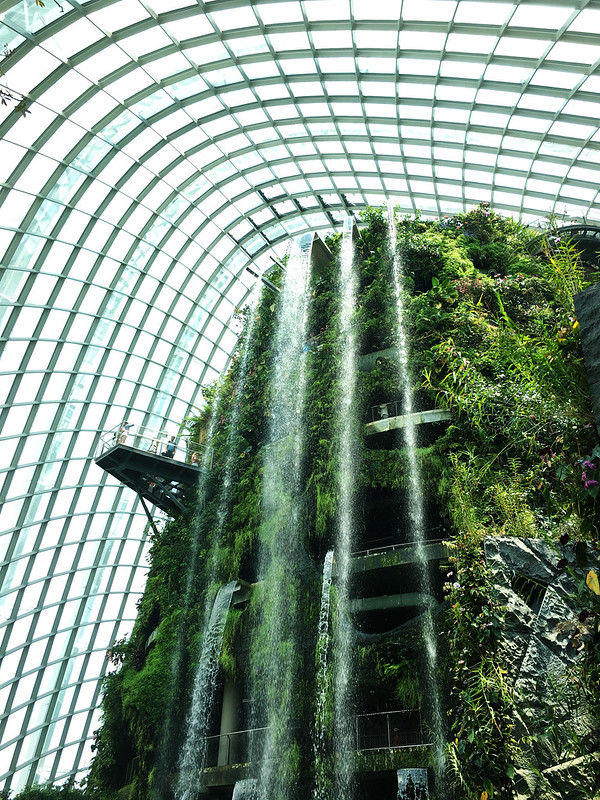 The Flower Dome is a greenhouse on steroids. That’s the best way to describe the sprawling, perfectly-manicured garden with its myriad of flowers, statues and decorations. We could see plants from every region of the world, from cacti from Central America to Baobab trees from Africa. The garden is divided into several areas that are perfectly set up to mimic the plants’ natural environment.

We were there last during Chinese New Year, and the decorations were simply amazing. Here are some of our favorite photos from the Flower Dome. 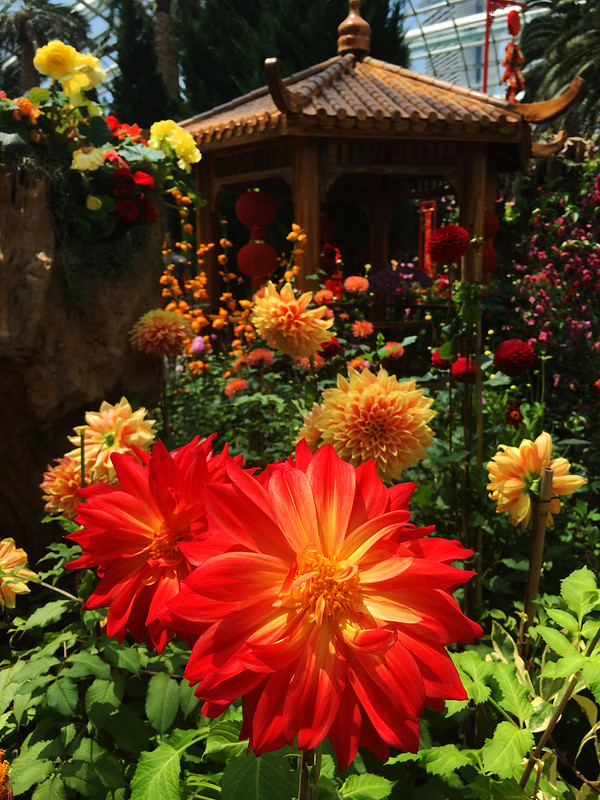 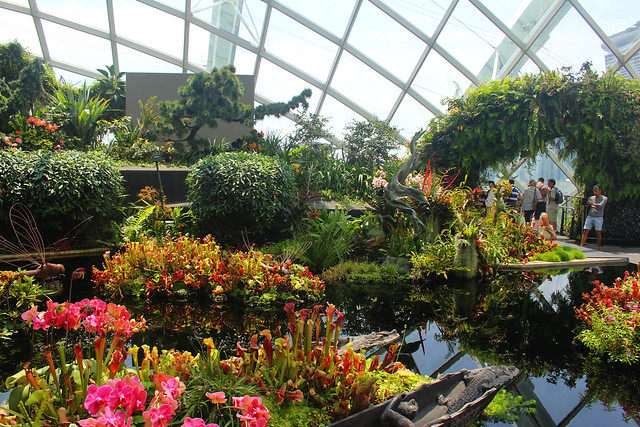 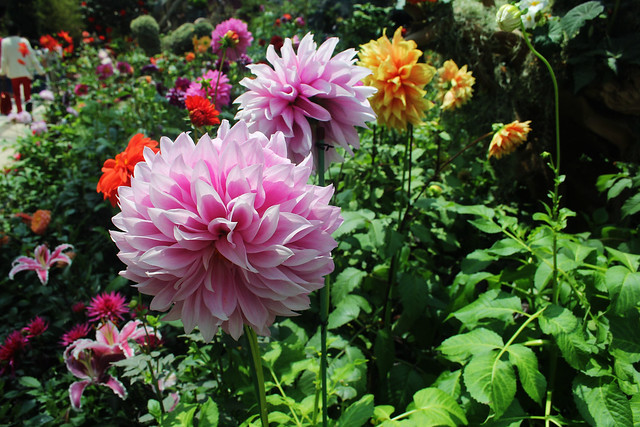 Gardens by the Bay

Gardens by the Bay is part of a plan to transform Singapore into a green city, and we have to say that it works. Even from the airplane, we could see greenery stretching far and wide along the Singapore marina.

You’ve probably seen the Supertree Grove at the gardens. From far away, they look amazing, especially at night with their beautiful light and music shows. Up close, however, they become living, breathing things. The Supertrees are home to exotic plants and are built to mimic plants’ functions, from harvesting energy from the sun to collecting rainwater for irrigation and fountain displays. 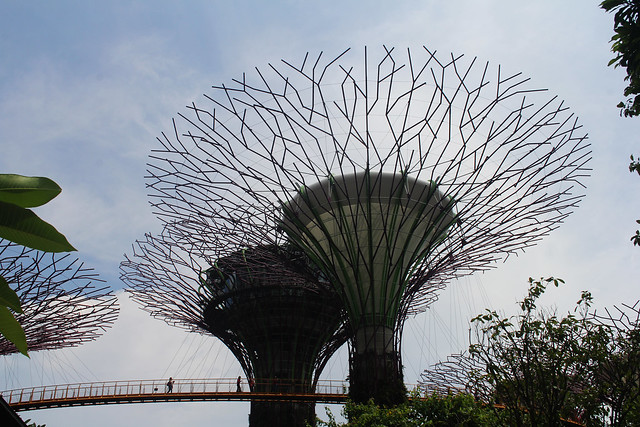 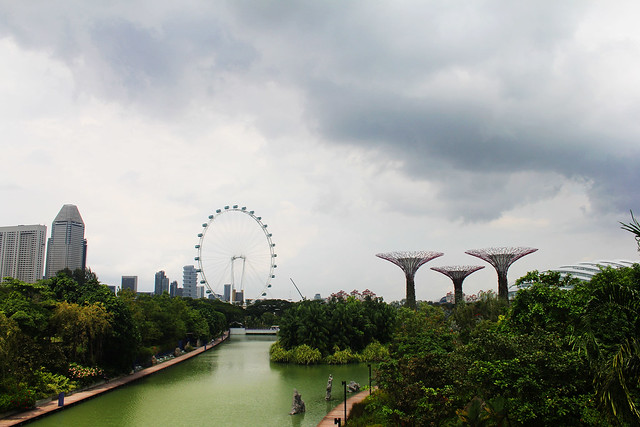 And of course, the hotel itself. While we never stayed at Marina Bay Sands (we almost always stay with friends or family in Singapore), there are some things that we do know about it. For instance, the infinity pool that overlooks the city is simply beautiful. It’s a great place to relax, take pictures, or sip cocktails as the sun sets.

Unfortunately, we have never visited the Casino before, but we hear it’s amazing too. Let us know your experiences in the comments below! 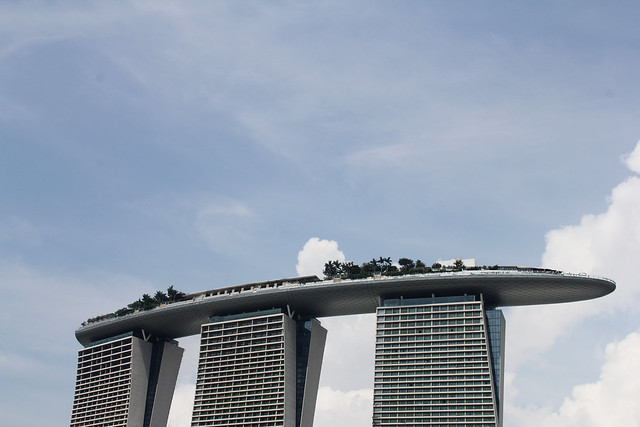 19 thoughts on “Marina Bay: A Gem by the Waters”