On a trip to Singapore with our high school friends five years ago, we got separated from the rest of the group. The two of us – plus our best friend – got lost in the middle of the city with no working phones, no maps, and no idea where to go. We walked around with no direction, visiting little shops and trying street foods in a very unfamiliar area.

That’s when we saw it: a tiny street with low-rise buildings painted in crazy colors and beautiful murals. We thought it was so different from what we usually saw in Singapore, so we decided to explore. It turned out we were in Haji Lane, just off the Arab Quarter. Boutique stores lined the street, interrupted in parts by chic cafés and restaurants. Beautiful paintings decorated vacant walls, and people lined up to get photos in front of them (we did too!). 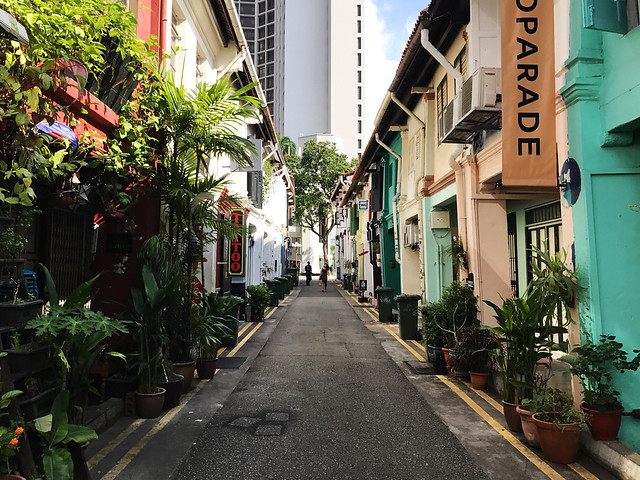 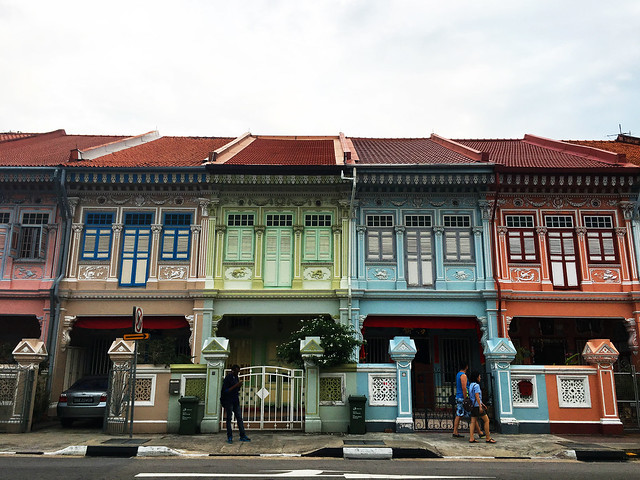 Just off the street, we could see the Sultan Mosque standing proudly with the Singaporean skyline in the background. We spent the rest of the day exploring Middle Eastern restaurants, crafts shops and textile stores. We talked to some of the storeowners- many of them were from Indonesia too! That was when we realized that despite the rapid modernization of Singapore, the city still retains its cultural identity within its neighborhoods, whether Indian, Chinese, Arab, or Malay. 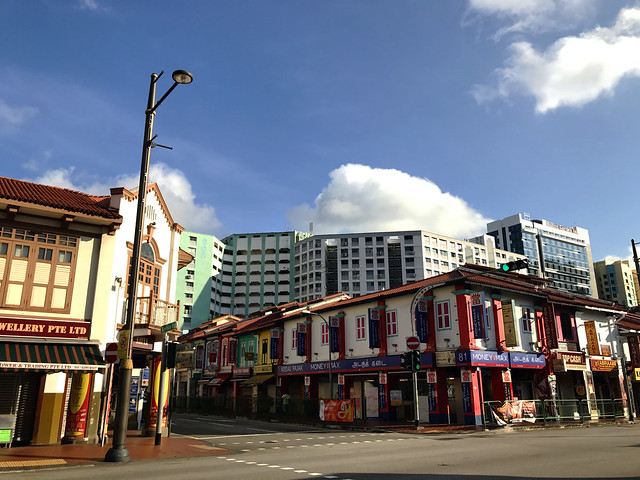 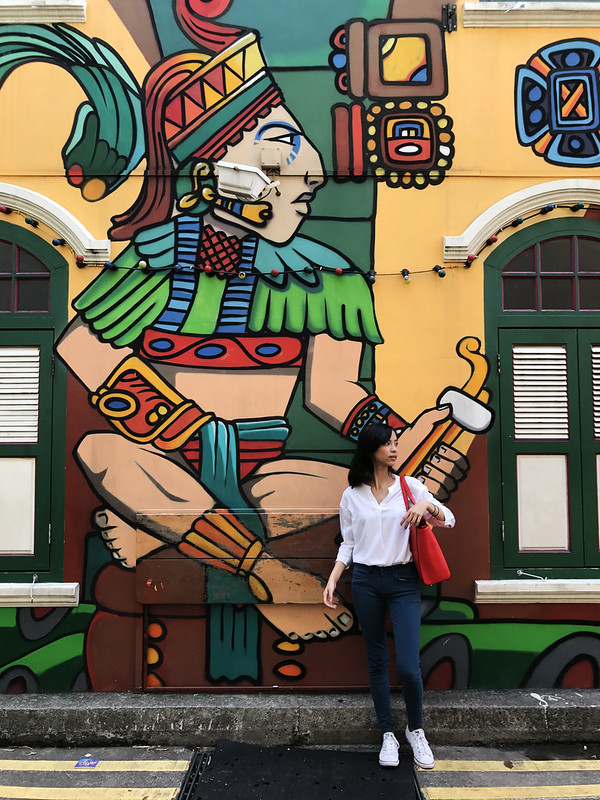 The Arab Quarter was born from a treaty between Raffles and the newly appointed “Sultan” Hussein Mohammed Shah. Soon enough, Malays, Indonesians and Arabs moved to the area. Walking along the main street, with its open storefronts filled with trinkets, textiles and crafts, we were reminded of places like Morocco’s winding streets in Essaouira or like Indonesia’s Arab Village. Haji Lane is located in the Arab Quarter. 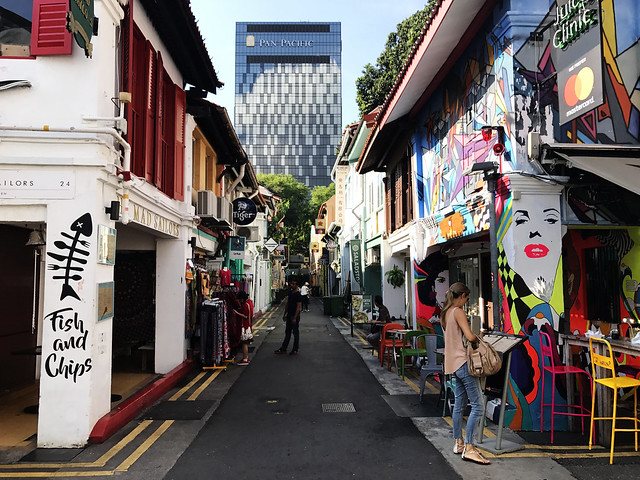 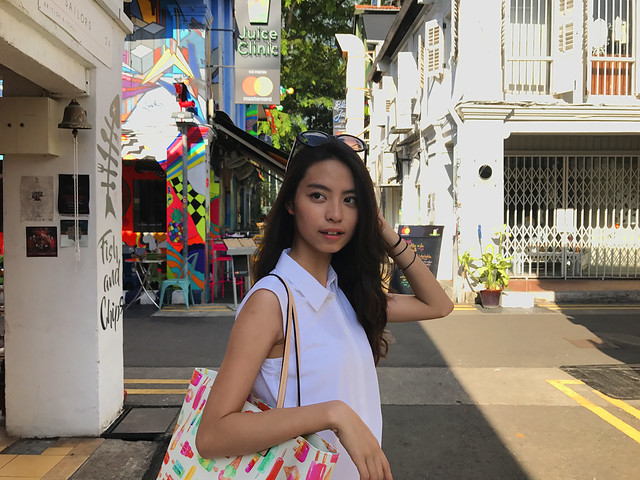 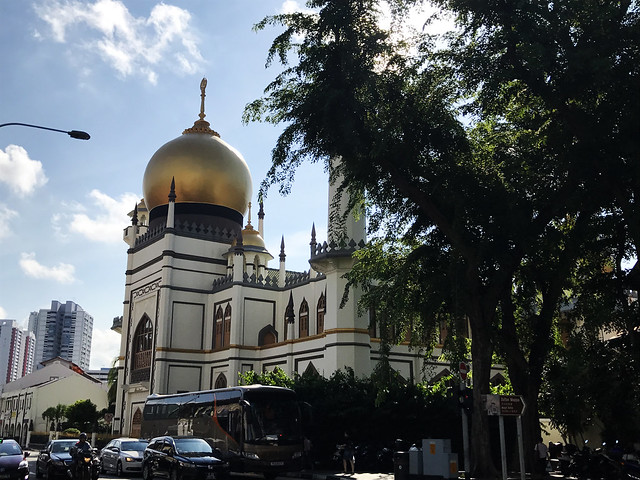 Little India is a treat for the senses, with catchy music floating in the air, delicious foods, women in brightly-colored saris, and the scent of incense, spices and flowers to tie it all together. Colorful buildings, Hindu Temples and restaurant surround the busy streets, and it’s always an experience to visit this area.

The first thing you have to do when visiting Little India is go to Serangoon Road. It’s the main street, as well as one of Singapore’s oldest roads. When walking along Serangoon Road, you might be tempted to explore one of the picturesque smaller streets leading off it. We recommend that you do take detours, because you might find little treasures on the other side- a beautiful temple, a fortune-teller or an old man and his wife selling freshly-made Canai bread. 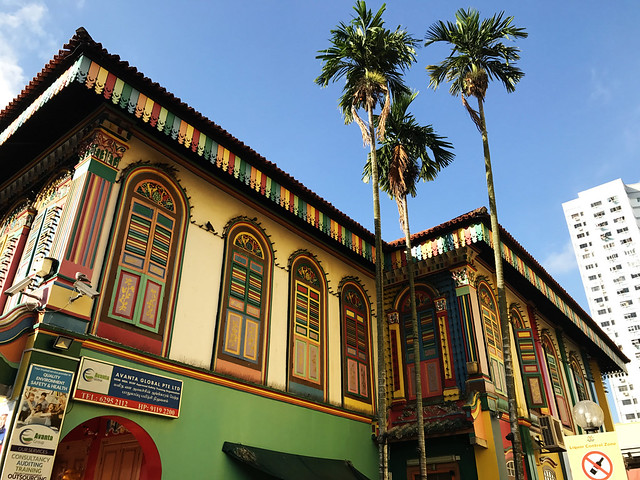 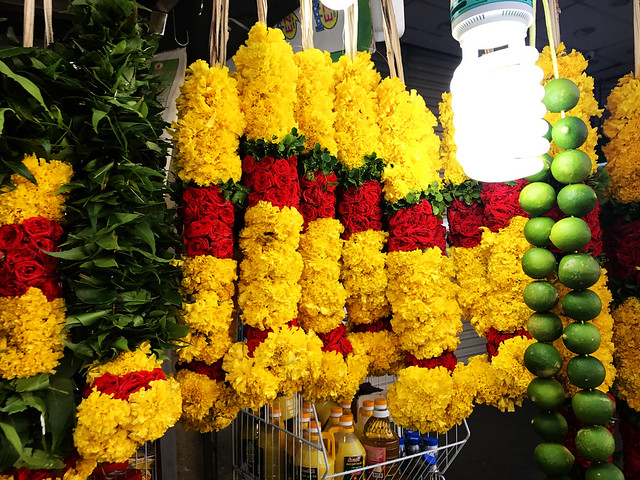 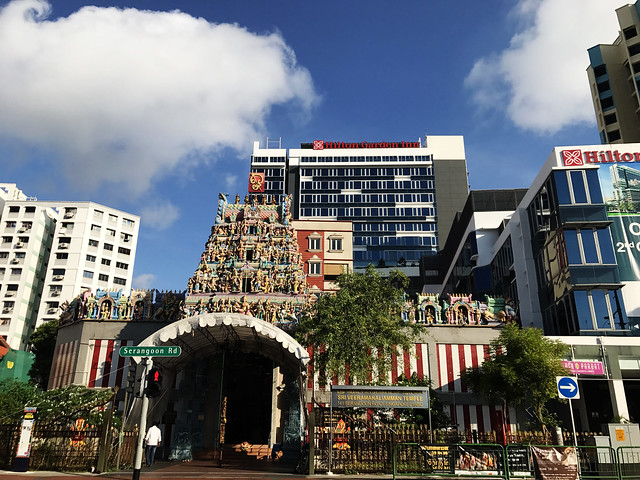 It was kind of surprising to discover that Singapore has its own Chinatown– after all, Singapore is a Chinese-majority country. But after learning about its history and how the colonial powers decided that all communities must be segregated, we realized that Singapore’s Chinatown isn’t only a cultural enclave, it’s also a historical landmark.

It’s always fun to explore Chinatown, with its signature red-and-gold lanterns. As we walk around Chinatown, we can see temples, stores, shophouses, restaurants- the list goes on. We could spend hours just exploring the many different things it has to offer, but we often struggle when communicating with storeowners, who assume that we are Chinese and proceed to talk to us in Mandarin, Hokkien, Cantonese, or other dialects. One thing that we always do when in Chinatown is visit Bee Cheng Hiang, a company that sells bakkwa (Asian-style jerky that tastes so much better than bacon). 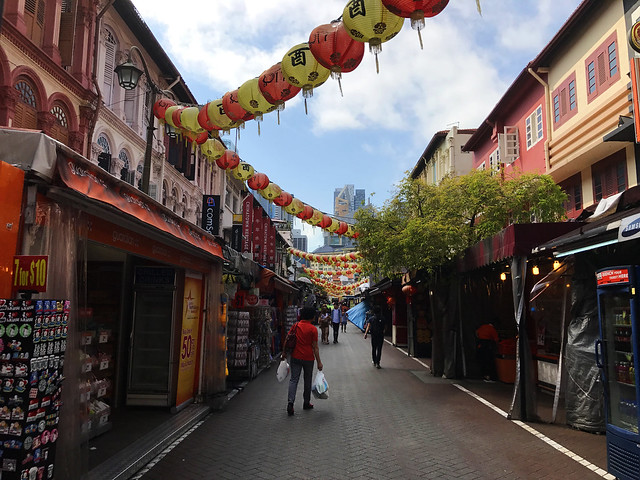 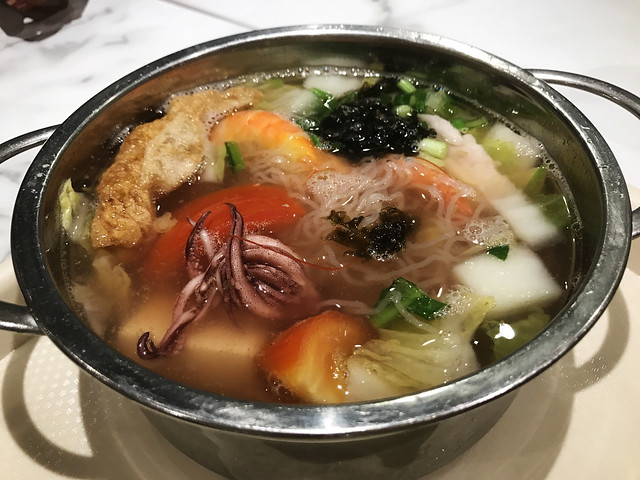 22 thoughts on “Singapore: The World in One City”